Trains from Galesburg to Macomb

Overall score for trains from Galesburg to Macomb

Train service from Galesburg to Macomb

What is the price of a train ticket from Galesburg to Macomb?

In the last month, £6.22 was the average price of a train ticket from Galesburg to Macomb. This is about as inexpensive as train tickets ever get. You can expect to find tickets at that price or lower if you book your trip at least 10 days in advance. Otherwise, expect to pay around £0.66 more than that for a same-day booking.

If you are trying to decide when to travel from Galesburg to Macomb by train so you can score the best possible deal, your best bet would be to plan your trip for December. That’s when the average price for a train ticket is expected to be just £7 – the lowest of the year.

Alternatively, if you plan to travel from Galesburg to Macomb in June, expect to spend more on your train trip, as the average ticket price usually surges to £97 at that time of year. However, if you book your trip ahead of time, you have a high chance of scoring a ticket at a lower price.

If you want to score the best deal, you should plan to book your train trip online on Wanderu at least 10 days ahead of time. If you do that, your train ticket to Macomb from Galesburg will be about £0.66 cheaper compared to what you would pay if you book at the last minute.

Which train should you take from Galesburg to Macomb?

There are 3 train lines with service from Galesburg to Macomb. There is only one daily train on each service.

Is it safe to travel by train from Galesburg to Macomb during the COVID-19 pandemic?

Can you take a train all the way from Galesburg to Macomb?

Yes, there are trains that can take you the entire way from Galesburg to Macomb. However, there are also some trips on this route that require you to board another vehicle, such as a bus or a shuttle, during your journey. This is worth paying attention to as you book your trip, since a direct train may be preferable for its speed and convenience.

How long is the train journey from Galesburg to Macomb?

The distance between Galesburg and Macomb is approximately 37 miles, or 60 kilometers. The average train journey between these two cities takes 2 hours and 17 minutes, although the absolute fastest you could get there is 36 minutes. It's a short and pleasant ride; the train is a perfect way to get to Macomb.

Friday tends to be the busiest day of the week with travelers taking trains from Galesburg to Macomb. Ticket price also tend to be more expensive on Friday than other days. If you are hoping to have more room on the train and even save some change check out travel options on Thursday instead, as less people travel then and deals are more likely to be found.

The earliest train departs Galesburg at 10:00 while the last train of the day leaves at 20:00. To see all scheduled departure times, use the search function on this page to get the full schedule for your specific travel dates.

Is there a direct train from Galesburg to Macomb?

Trains leave the station in Galesburg twice a day, so there are a couple of options depending on your preferred travel time. Luckily, both trains will get you to Macomb with direct service. While there might still be stops along the way, you will not need to get off or switch trains.

You can also take a train for your return trip from Macomb to Galesburg.

Galesburg is best known as the birthplace of writer and poet Carl Sandburg, with the Carl Sandburg State Historic Site erected in his honor. If you love the look of Carl’s boyhood cottage, you can stay in a historic home of your own – several, including the Great House of Galesburg, have been converted into charming bed-and-breakfasts across town.

Galesburg is also known for its historic involvement in the local railroad system, notably connecting Illinois’ largest (at the time) cities, Chicago and Quincy. In fact, the Galesburg Railroad Museum functions solely to preserve and share the history of the railroad industry in Galesburg and Western Illinois. The city even holds an annual festival, the Galesburg Railroad Days, complete with rides, live music, and open-air markets to celebrate the city’s railroad roots. And it’s not just literal railroads– Galesburg was originally founded by abolitionists and became a critical stop to freedom in the Underground Railroad.

Galesburg remains a major railway hub, acting as one of the stops for some of Amtrak’s most popular lines. The Carl Sandburg, Illinois Zephyr, and Southwest Chief all operate daily to connect Galesburg west to Chicago. Meanwhile, the California Zephyr reaches all the way to Los Angeles. Galesburg also has two main bus stations for Greyhound and Burlington Trailways. These carriers provide coverage to Denver, St. Louis, and Moline, which has the closest airport to Galesburg, Quad Cities Airport.

Where is the train station in Galesburg?

Galesburg has 3 stations where passengers can board the train to Macomb.

All train stations in Galesburg:

Where is the train station in Macomb?

Macomb has one train station. 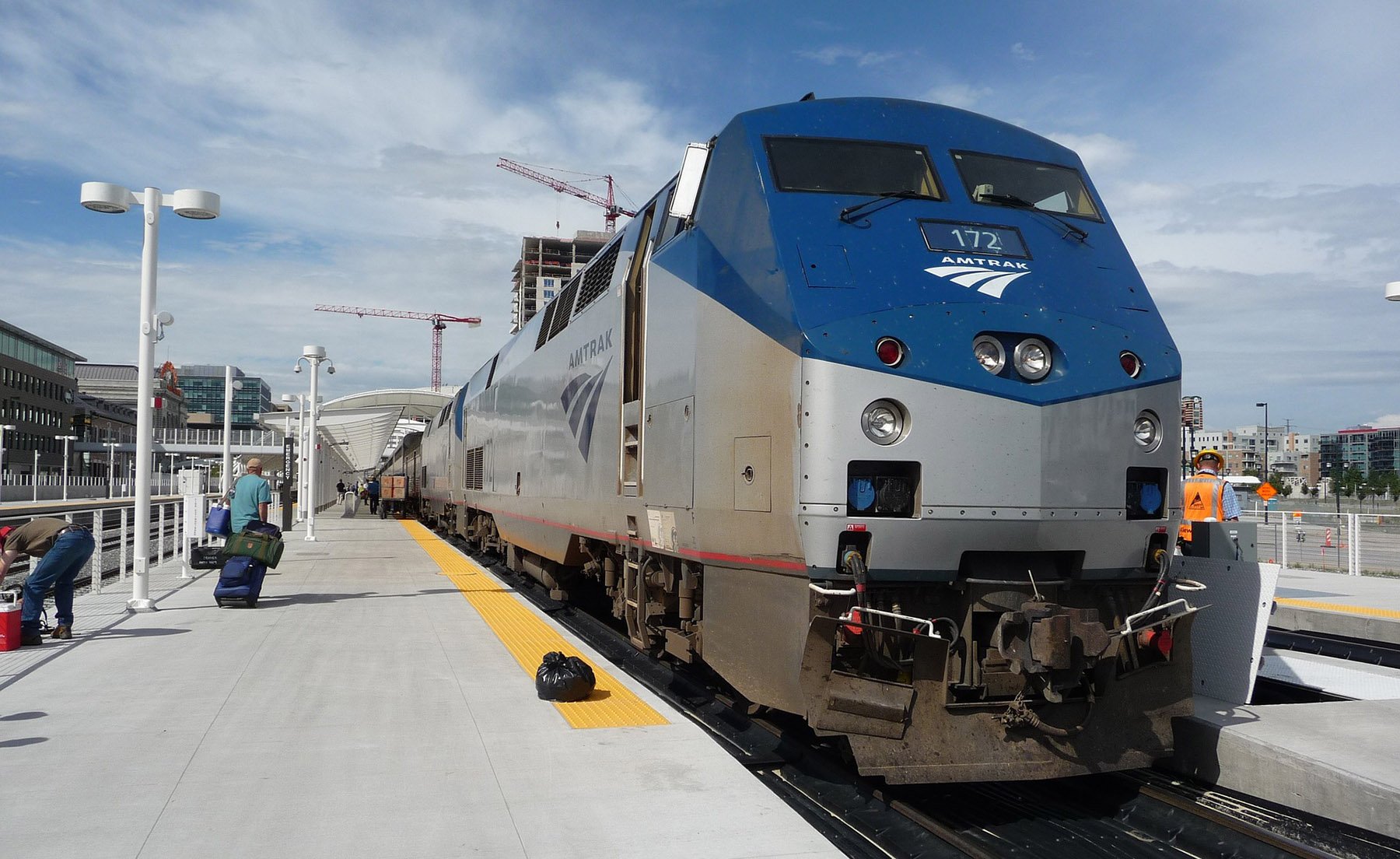 Need a return trip from Macomb to Galesburg?

Continue by train from Macomb