Wanderu is an official partner of New York Trailways

In 1926, Trailways of New York began in Hurley, NY, with intercity service between New York City and the Hudson Valley. The bus company steadily grew in the 1930s, and grew tremendously in the 1990s. During this period, Trailways NY expanded its service area throughout New York and surrounding states.

The carrier is now the most extensive and longest-running bus commuter service in New York State. It works in an alliance with other Trailways companies like Adirondack, Burlington, and Fullington Trailways. Together, the Trailways team forms one of the largest ground transportation networks in North America, providing affordable intercity bus service to travelers across the country.

Trailways NY was honored at the 2022 Wanderu Passengers' Choice Awards for being a favorite among business travelers, largely due to the carrier’s convenient schedules and great amenities such as free onboard internet, clean bathrooms, and power outlets.

Trailways NY is an official partner of Wanderu, allowing passengers to quickly and easily browse their routes and destinations since 2016. Travelers in New York and New Jersey can use Wanderu to find the cheapest Trailways NY bus tickets available and book deals with no additional fees. 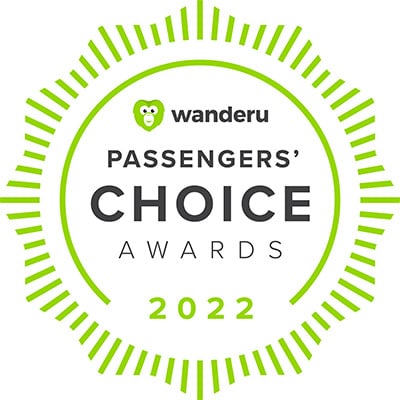 What travelers are saying about New York Trailways

Here’s what Wanderu users who have booked trips with New York Trailways had to say about their travel experience.

Pros: Nothing expect bus driver in some way seemed like he was a decent man just trump to get to point a and b much respect . Cons: Cleanliness , Microphone greeting again reinstating to use headphones refrain from taking on phone . Have consideration for other people ...

Pros: Nothing expect bus driver in some way seemed like he was a decent man just trump to get to point a and b much respect . Cons: Cleanliness , Microphone greeting again reinstating to use headphones refrain from taking on phone . Have consideration for other people . Wear masks , I’d you cough cover your mouths . The world does not revolve around you. Tips: Get Off your phone !!!! Stop taking on it and have common decency and respect for those around you . If you have weed cover it up the stench !!

The bus from Ithaca to Syracuse is New York Trailways’s most popular route. Trips from Syracuse to New York and Rochester to New York are also highly popular.

New York Trailways tickets are non-refundable and cannot be cancelled. It’s always a good idea to double check your travel details before completing your booking, especially for non-refundable tickets.

You can exchange your New York Trailways bus ticket for a different travel date by speaking with Trailways staff at the bus station. Changes must be made in person because Trailways applies a change fee of 25% of the original ticket price, up to $20 USD. Make sure to request your change before the bus departs, because tickets are non-exchangeable after the scheduled departure time.

Wanderu also offers an affordable trip protection option by Allianz Global Assistance that you can purchase when booking your tickets. In addition to 24-hour assistance during your trip and coverage for lost or damaged baggage, trip protection can help you get your money back in case you need to cancel or change your trip. You may be reimbursed if you do not travel due to covered reasons such as illness, extreme weather, or required work shifts. If you need to change your ticket, you may also file a claim to have the New York Trailways change fee reimbursed.

Yes, New York Trailways offers WiFi on their buses. Although most trips with New York Trailways will have WiFi as advertised, some buses might not come equipped with WiFi and onboard WiFi can lose its connection in rural areas. We recommend you bring a book or download a movie just to play it safe. New York Trailways WiFi is generally best used for surfing the web, checking emails and chatting with friends; you shouldn’t count on the WiFi to binge watch your favorite show.

Yes, there are power outlets onboard New York Trailways buses. You can generally find one or two sockets per row of seats, so be a good traveller and check if your seat neighbor might want to charge up their devices as well. With the onboard power outlets, you can charge both a computer and USB devices with a USB power adapter that typically comes with most phones and tablets.

Since New York Trailways might sometimes use replacement bus vehicles, not all trips are guaranteed to have power points. We recommend to bring a power bank to charge your phone for all trips over 2 hours, just in case.

What is New York Trailways's schedule?

On a typical day, New York Trailways has 1886 scheduled bus trips in total. However, the exact departure and arrival times vary depending on the day and route. The best way to find the exact schedule for your trip is to use the search tool on this page.

No, New York Trailways does not offer will call tickets. You should purchase your tickets online and make sure you have everything you need to board before you arrive at the station.

No, New York Trailways does not require an ID to board its buses at this time. Of course, it is always a good idea to carry a government-issued ID whenever you hit the road.

Visit our COVID-19 Travel Guide to view the most up-to-date information about New York Trailways’s cleaning protocols and adjusted ticket change policies during the COVID-19 pandemic.

Are there toilets on New York Trailways buses?

Yes, there are bathrooms on New York Trailways buses. The bathrooms are pretty basic and include a toilet, toilet paper and hand sanitizer. Most bathrooms don’t have running water. As you will be using a bathroom on a moving vehicle, please use caution and hold on to a rail at all times.

New York Trailways does not offer meals or beverages onboard. We recommend you bring a drink and some snacks for your trip. We also suggest packing a reusable water bottle with you to reduce your impact on the environment. However, note that most buses do not allow you to bring your own alcoholic drinks.

Do you have to print your New York Trailways ticket?

Yes, New York Trailways requires that all passengers have printed tickets to board the bus. When you book with Wanderu and activate your account, you will be able to easily find and download your tickets for most buses.

Does New York Trailways offer any premium features like extra legroom or movies?

New York Trailways focuses on delivering a great travel experience at a low price and currently does not offer premium features like extra legroom or onboard entertainment. But these days, between your laptop, tablet, smartphone and e-reader, you’re the master of your own entertainment even on longer journeys.

How do I get the best deal on New York Trailways tickets?

Wanderu is the best place to score cheap New York Trailways tickets. Wanderu offers the lowest available fares every day and charges no extra booking fees. Plus, you can compare New York Trailways prices with trips offered by other bus companies to be sure you’re getting the best deal on your tickets! 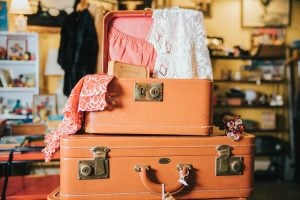 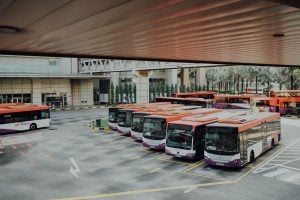