Overall score for trains from Harrisburg to Newark

Perfect ride in every way!

Perfect ride in every way!

Pros: Going to my 1st kpop concert in Jersey and my husband suggested taking the train. I'm glad he did because I've never ridden the train before. It was a great 1st experience and I can't wait for the next time. Cons: Seats were a bit close and my knees got a little ...

Pros: Going to my 1st kpop concert in Jersey and my husband suggested taking the train. I'm glad he did because I've never ridden the train before. It was a great 1st experience and I can't wait for the next time. Cons: Seats were a bit close and my knees got a little stiff on the way to Jersey. Overall it wasn't terrible though. Tips: Get the seats up front if you travel coach. They have great leg room.

Train service from Harrisburg to Newark

What is the price of a train ticket from Harrisburg to Newark?

In the last month, €50.15 was the average price of a train ticket from Harrisburg to Newark. You can expect to find tickets at that price or lower if you book your trip at least 27 days in advance. Otherwise, expect to pay around €42.65 more than that for a same-day booking.

Over the next 30 days, the average cost of a one-way train trip from Harrisburg to Newark will vary between €52 and €85. Planning a train trip to Newark within the upcoming week? The cheapest train ticket you can find from Harrisburg over the next 7 days is €59. Make sure to book your trip as soon as possible as train fares tend to go up as you get closer to your travel date.

If you are trying to decide when to travel from Harrisburg to Newark by train so you can score the best possible deal, your best bet would be to plan your trip for September. That’s when the average price for a train ticket is expected to be just €70 – the lowest of the year.

Alternatively, if you plan to travel from Harrisburg to Newark in December, expect to spend more on your train trip, as the average ticket price usually surges to €91 at that time of year. However, if you book your trip ahead of time, you have a high chance of scoring a ticket at a lower price.

If you want to score the best deal, you should plan to book your train trip online on Wanderu at least 27 days ahead of time. If you do that, your train ticket to Newark from Harrisburg will be about €42.65 cheaper compared to what you would pay if you book at the last minute.

Which train should you take from Harrisburg to Newark?

There are 3 train lines with service from Harrisburg to Newark. Amtrak Keystone Service is the most popular choice with travelers, offering scheduled service on 9 trains each day.

Is it safe to travel by train from Harrisburg to Newark during the COVID-19 pandemic?

How long is the train journey from Harrisburg to Newark?

The distance between Harrisburg and Newark is approximately 146 miles, or 235 kilometers. The average train journey between these two cities takes 3 hours and 29 minutes, although the absolute fastest you could get there is 2 hours and 51 minutes. Although it takes a couple of hours each way, it's still possible to make a round trip in a single day. Since most trains are equipped with Wi-Fi, you should be able to browse the Internet or get some work done during your journey.

Friday tends to be the busiest day of the week with travelers taking trains from Harrisburg to Newark. Ticket price also tend to be more expensive on Friday than other days. If you are hoping to have more room on the train and even save some change check out travel options on Sunday instead, as less people travel then and deals are more likely to be found.

The earliest train departs Harrisburg at 05:00 while the last train of the day leaves at 19:00. To see all scheduled departure times, use the search function on this page to get the full schedule for your specific travel dates.

Is there a direct train from Harrisburg to Newark?

There are 15 scheduled trains on most days. 10 of these are direct connections to Newark. While direct trains may still make stops along the way, you will not need to switch trains at any point. If you're looking to get to your destination faster, a direct train is the convenient and time-efficient choice.

You can also take a train for your return trip from Newark to Harrisburg. 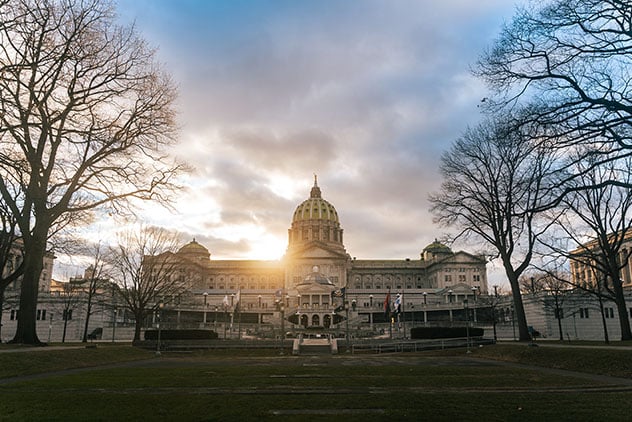 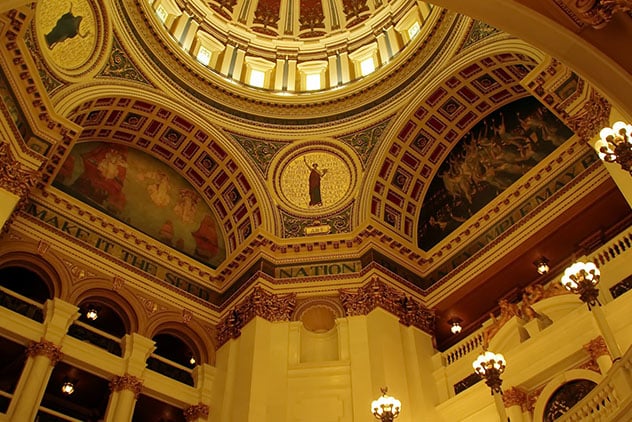 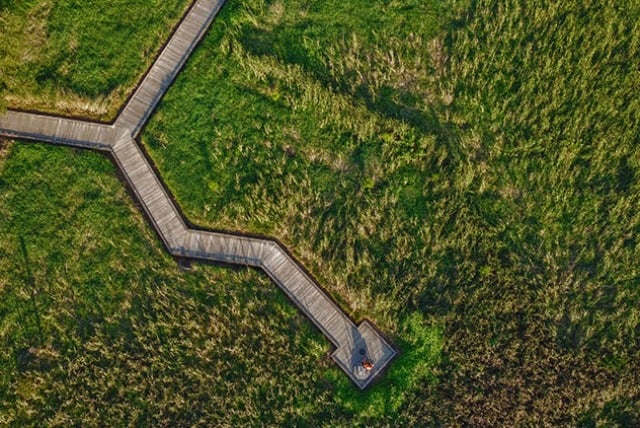 As the capital city of Pennsylvania, Harrisburg offers numerous historic buildings with impressive architecture that will leave you in awe. Among the most impressive ones is the state’s Capitol Complex itself. With a dome that reminisces St. Peter’s Basilica in Rome, the building features as many as 475 rooms filled with exquisite artworks and statues. History fans should also consider visiting the State Museum of Pennsylvania, which follows the history of the state from the beginning of time to this day. Another must-see destination is the National Civil War Museum, which is one of the largest museums dedicated to the Civil War. If too many history lessons stress you out, a cruise along the Susquehanna River on the Pride of the Susquehanna Riverboat will definitely help you unwind.

Harrisburg’s grilled dishes are some of the most famous staples in the city, and among the best establishments is Progress Grill, which has been serving customers since the late 1940s. For some really creative pizzas, The Pizza Grille will be a good choice.

The Harrisburg Transportation Center is the central hub for intercity travel. At the lower level, you can catch a bus by Greyhound, Jefferson Lines or Fullington Trailways to other Pennsylvanian cities such as Allentown and Philadelphia. Travelers can also take Amtrak trains to popular destinations like New York and Philadelphia on a daily basis. The city’s principal airport is Harrisburg International Airport, which is located in Middletown, southeast of the city. 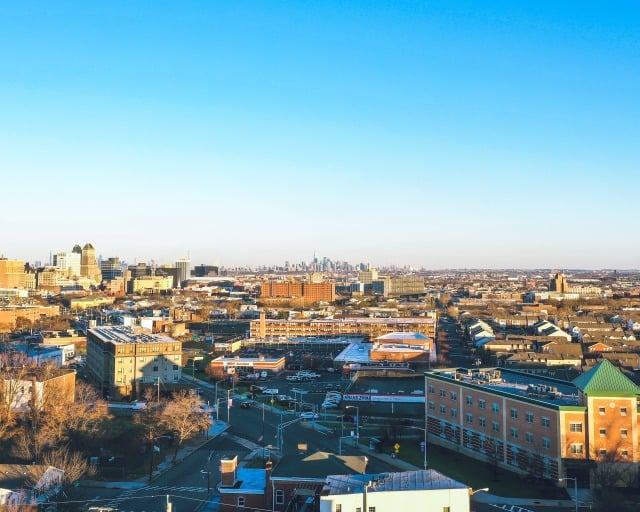 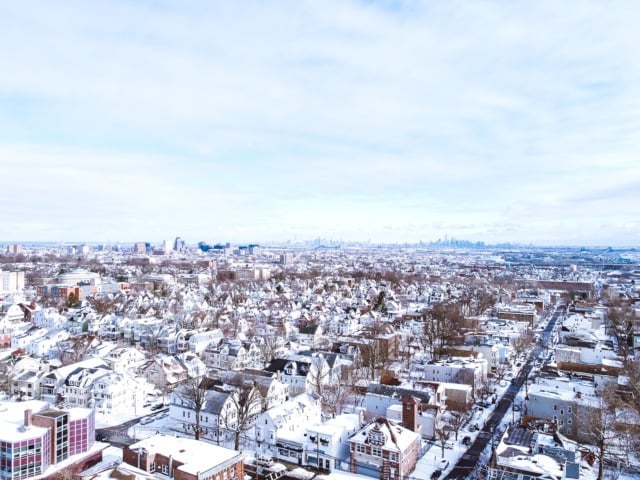 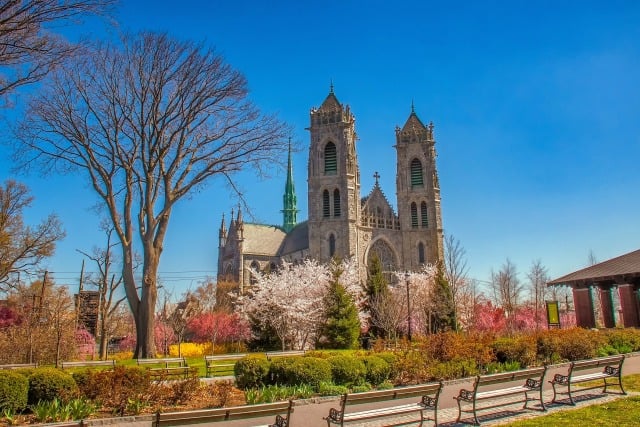 As the most populous city in New Jersey, Newark offers some excellent museums, parks and restaurants that you can enjoy year-round. Art lovers should stop by the famous Newark Museum to enjoy a rich collection of works by American artists and sculptors. History buffs should check out the New Jersey Historical Society for ongoing exhibitions documenting the state’s rich history.

Located by the Passaic River, Newark offers various places where you can enjoy a relaxing stroll by the water. For the best views, head over to the city’s Riverfront Park near the hip Ironbound neighborhood. If you’re seeking more outdoor enjoyment, check out Branch Brook Park where you will find various lakes and plenty of cherry blossoms.

Newark is one of the biggest travel hubs in the United States, which makes it very easily accessible via all types of transportation. The Newark Liberty International Airport is one of the three airports that serves the New York City metro area, and its close proximity to Newark’s Penn Station makes it easy to reach from anywhere via bus or train.

Where is the train station in Harrisburg? 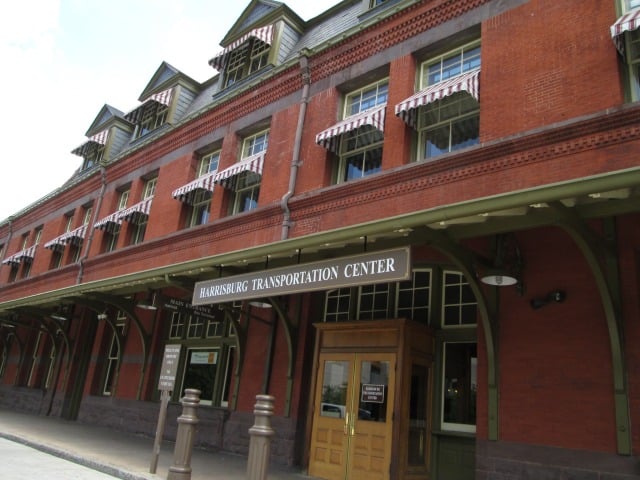 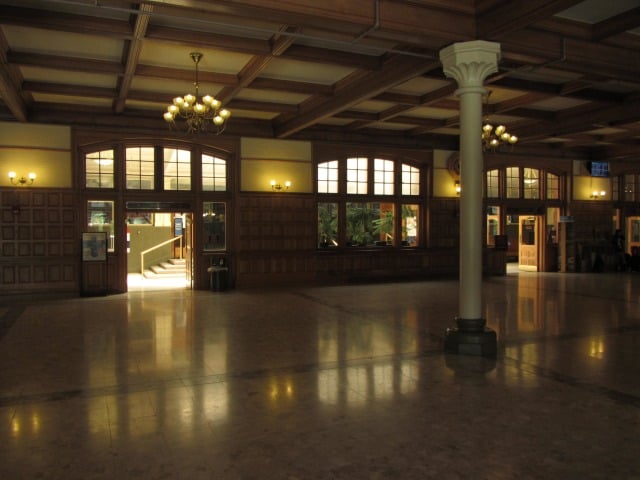 The Harrisburg Transportation Center (HTC) is a national historical landmark, with a portion of the station dating back to 1887. The station still serves as the city’s primary transportation hub and welcomes over half a million passengers annually. The Harrisburg Transportation Center is the departure point for Amtrak’s Keystone Service to New York City and a stop on the Pennsylvanian route from New York City to Pittsburgh. Besides train service, bus service on Jefferson Lines, Fullington Trailways, and Greyhound operates through this station. Located in downtown Harrisburg, the station is a quick walk from Capitol Park and some of the city’s top restaurants and shopping.

All train stations in Harrisburg:

Where is the train station in Newark? 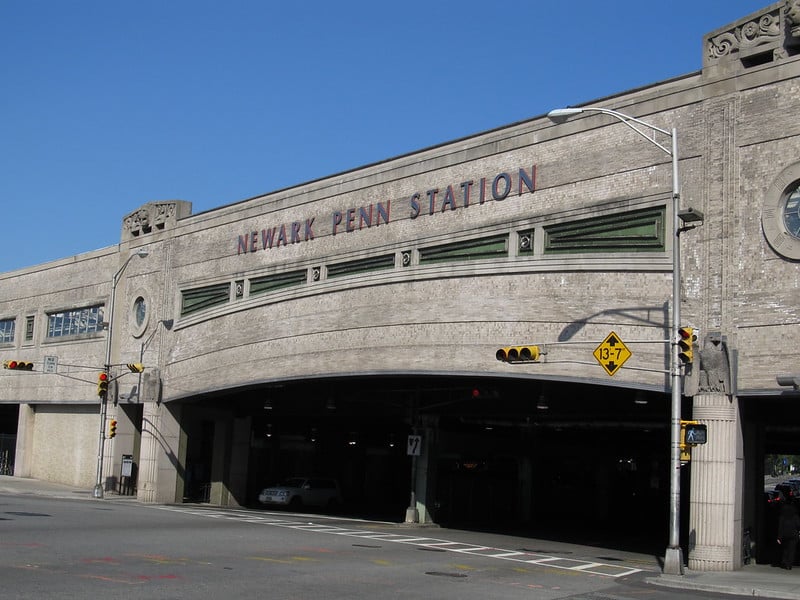 Not to be confused with the Penn Station in New York City just 10 miles away, Newark’s Penn Station is a vital regional transportation hub which serves the greater New York City and New Jersey area. Located a few blocks East of the central business district in Newark, Penn Station opened in 1935, when its Art Deco architecture was at the height of fashion - see if you can spot the Zodiac signs decorating the chandeliers! Travelers can access Amtrak intercity passenger trains running on the busy Northeast Corridor between Washington D.C. and Boston, as well as intercity buses like Greyhound and Fullington Trailways. Local transit available at Penn Station includes Newark Light Rail, Port Authority Trans-Hudson (PATH) rapid transit linking Newark to Manhattan, and NJ Transit commuter trains serving coastal and central New Jersey. 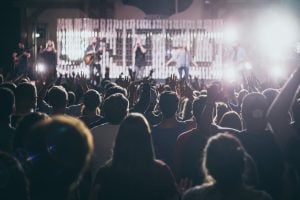 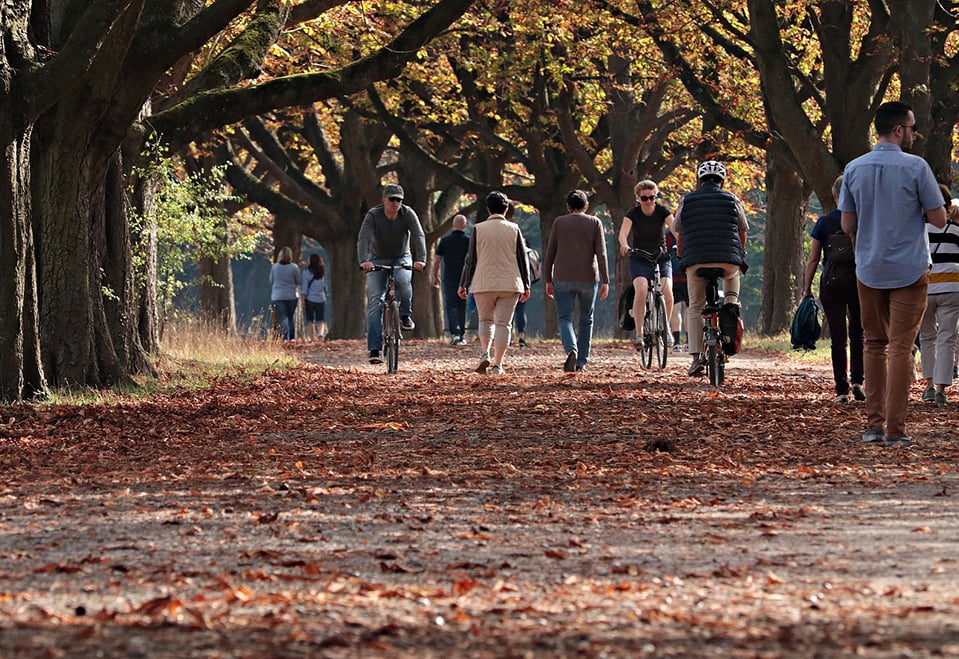 How to Get to UPenn from New York, Newark & D.C. by Bus or TrainRead more

Need a return trip from Newark to Harrisburg?

Continue by train from Newark