Wanderu is an official partner of Rider Express

Rider Express is a bus carrier based in Canada, providing passenger bus service to and from 3 locations across Alberta, British Columbia and Saskatchewan. Currently, the company runs 3 trips every day with prices ranging from £20.75 to £27.67, depending on the route.

Launched in 2016, Rider Express is privately owned and operated. Over the past few years, the company has been expanding its services and the territories it covers on an ongoing basis. In the near future, Rider Express plans to expand its coverage to include destinations across Manitoba, including the city of Winnipeg. 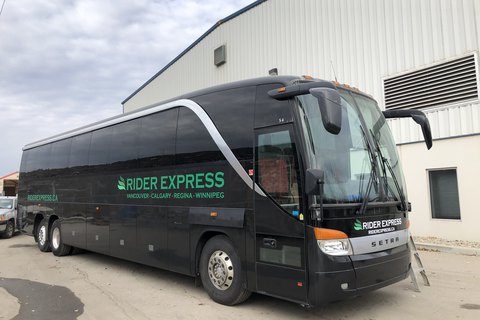 It was very good, we have enough breaks and every body had a seat.

It was very good, we have enough breaks and every body had a seat.

Pros: Not having to worry about traffic as was raining. Cons: Seats quite narrow. Waiting for bus in rain with nit even a rent over us was not cool. Being dumped at a curb near bus station at night with no cover - not cool.

Pros: Not having to worry about traffic as was raining. Cons: Seats quite narrow. Waiting for bus in rain with nit even a rent over us was not cool. Being dumped at a curb near bus station at night with no cover - not cool.

Way better than Greyhound. Buses were clean and spacious. Staff was super friendly and we even beat traffic and got in early!

Way better than Greyhound. Buses were clean and spacious. Staff was super friendly and we even beat traffic and got in early!

The best bus ever!

The best bus ever!

Do Rider Express coaches have WiFi?

No, unfortunately Rider Express does not offer WiFi aboard its coaches at this time. However, we find that a good book makes the time fly by and streaming services like Netflix allow you download TV shows and movies that you can then watch during your trip. Plan ahead and you will stay entertained during the entire coach ride.

Rider Express has a very generous luggage policy. In addition to one carry-on item, each passenger is allowed to check in two pieces of luggage for free. You can also check three additional bags at $20 per piece.

The total maximum weight for all checked baggage must not exceed 200 lbs (90 kg). You can also check in sports equipment but you have to make sure it is properly packed.

What is Rider Express's schedule?

On a typical day, Rider Express has 3 scheduled coach trips in total. However, the exact departure and arrival times vary depending on the day and route. The best way to find the exact schedule for your trip is to use the search tool on this page.

What is Rider Express’ network of coverage?

Rider Express offers daily passenger bus service that connects numerous cities across three Canadian provinces – Alberta, British Columbia and Saskatchewan. The carrier’s main hubs include some of the biggest cities in Canada, such as Vancouver, Calgary, Edmonton and Regina.

Yes, Rider Express requires you to present an ID to an agent to be allowed to board the coach. Make sure you have identification issued by a government agency that meets the carrier’s requirements. Alternative IDs, such as a college ID, won’t work.

What are Rider Express’s COVID-19 policies?

Visit our COVID-19 Travel Guide to view the most up-to-date information about Rider Express’s cleaning protocols and adjusted ticket change policies during the COVID-19 pandemic.

Are there toilets on Rider Express coaches?

Can I cancel my Rider Express ticket for a full refund?

Rider Express tickets are not refundable or transferable.

If you would like to reschedule your ticket for a different trip, please contact the carrier at the number listed above. Please keep in mind that you need to reach out at least 24 hours ahead of the originally scheduled departure time and you will be charged a $20 fee for rescheduling.

Do you have to print your Rider Express ticket?

Yes, Rider Express requires that all passengers have printed tickets to board the coach. When you book with Wanderu and activate your account, you will be able to easily find and download your tickets for most coaches.

Are pets allowed on board?

Rider Express allows only trained and registered service animals on board. Please make sure you have the proper paperwork with you or you may not be allowed to board the bus. The carrier does not accept emotional support animals as service animals. 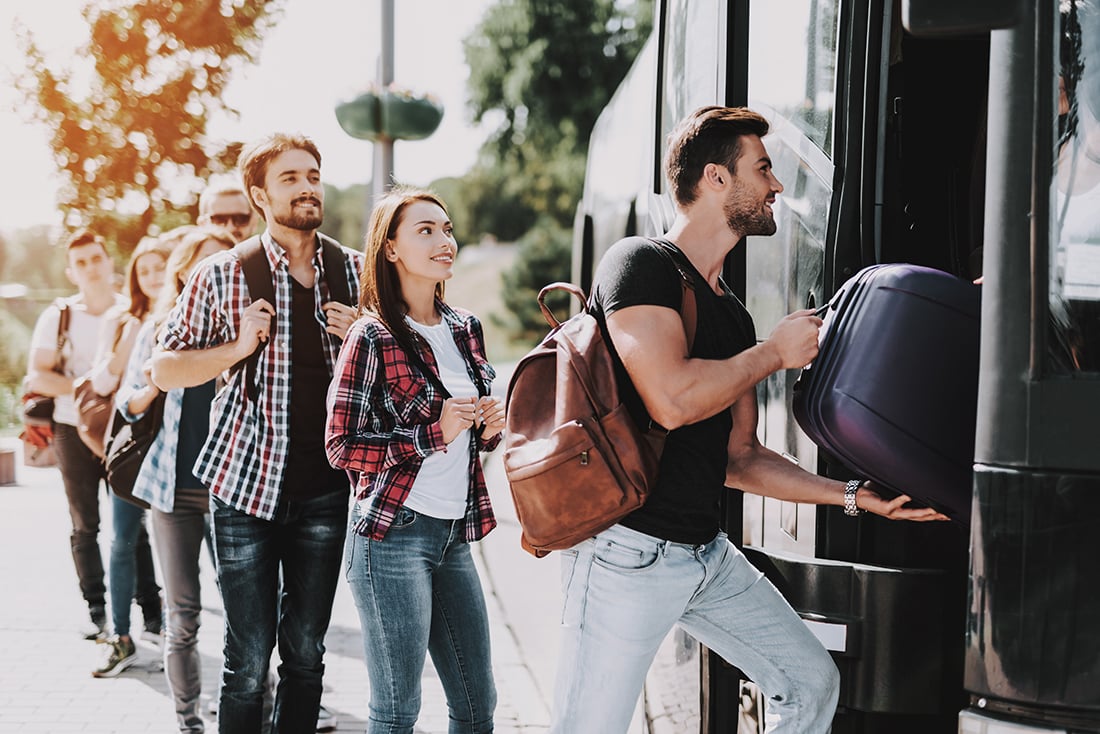 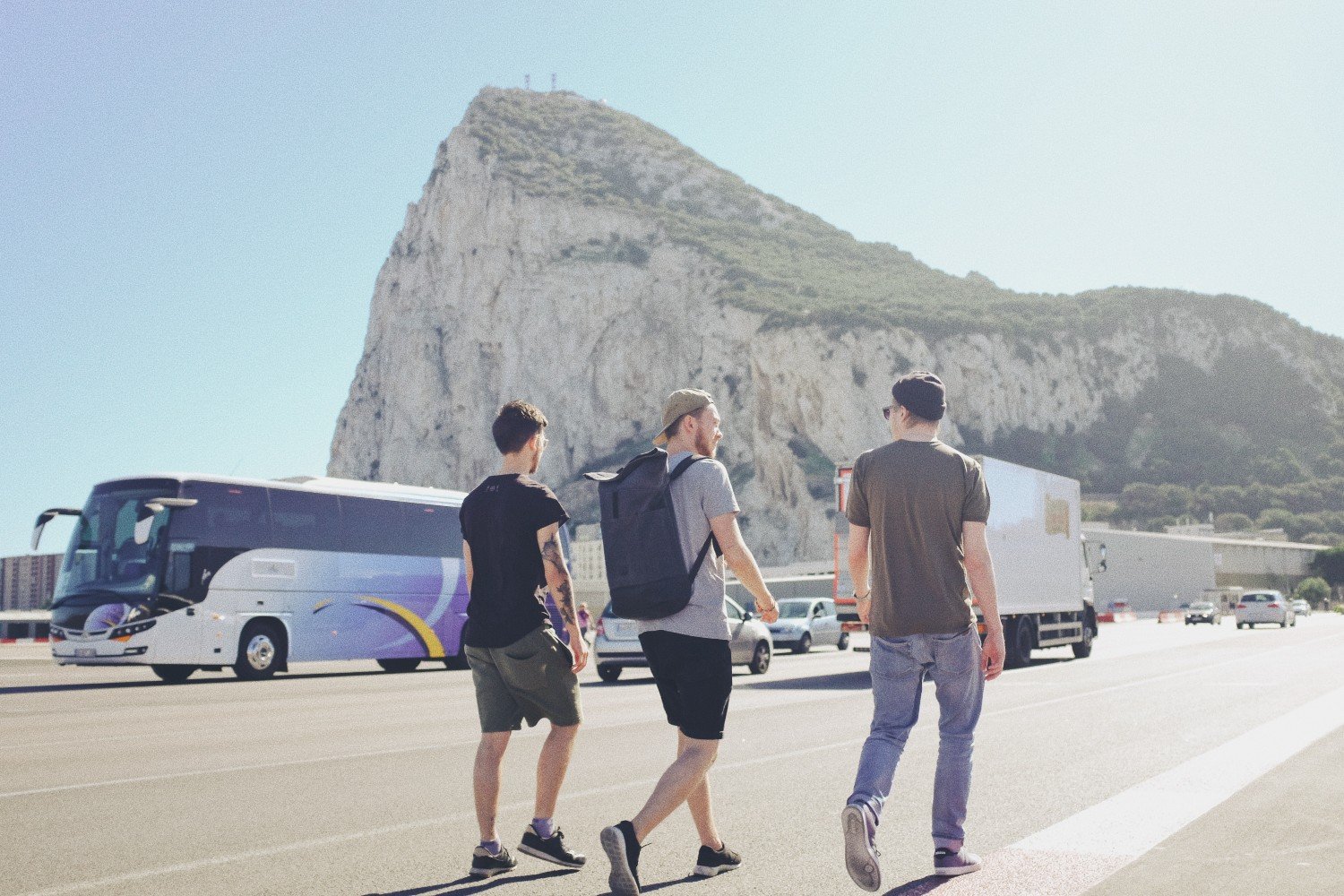