Overall score for buses from Washington to New York

(Based on 934 ratings and reviews)

Pros: Honestly, the commraderity with fellow passengers. Cons: Just the smell. Tips: Snacks, water and ensure you understand the stops are quick trips.

Pros: Honestly, the commraderity with fellow passengers. Cons: Just the smell. Tips: Snacks, water and ensure you understand the stops are quick trips.

Pros: I got to my destination safely. Cons: Little more legroom. Tips: Be on time and prepared with your bus ticket.

Pros: I got to my destination safely. Cons: Little more legroom. Tips: Be on time and prepared with your bus ticket. 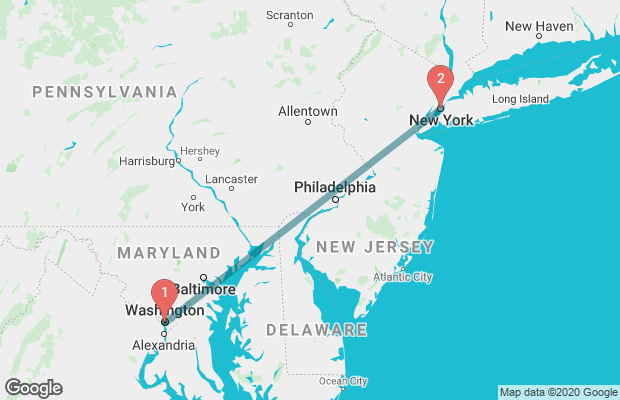 How much is a bus ticket from Washington DC to New York?

€29.42 is the average price of a bus ticket from Washington DC to New York. Taking a bus is an affordable way to make this trip. It’s easy to find a bus ticket at this price or lower when you use Wanderu to book your trip online in advance of your travel date.

Over the next four weeks, the average ticket price of a bus from Washington DC to New York is expected to range from €29 to €38. If you are looking to travel to New York within the next week, you can find bus tickets starting from €29. The cheapest bus tickets in the next month are €29 and can be found on 1 February 2023.

The lowest bus ticket prices on this route can usually be found in February. That’s when the average price of a bus ticket is expected to be just €27 – the lowest of the year.

Alternatively, if you plan to travel from Washington DC to New York in July, expect to spend more on your bus trip, as the average ticket price may surge to €34 at that time of year. However, if you book your trip ahead of time, you can still score a ticket at a lower price.

Most bus companies charge higher ticket prices the closer you book to the date of travel, so it’s a good idea to buy your bus tickets as early as possible. The best way to find cheap bus tickets is to book at least 9 days in advance. By doing so, you can expect to save €7.70 on your bus ticket compared to booking at the last minute.

What bus companies travel from Washington DC to New York?

There are 10 bus lines from Washington DC to New York available for you to search and compare on Wanderu. With 27 daily trips, FlixBus US usually has the most buses running on any given day. Here are some time and price comparisons for all the available options:

Is it cheaper to drive or take the bus from DC to NYC?

It's typically cheaper and more convenient to take a bus from DC to New York City instead of driving your own vehicle. Most bus tickets for this route are relatively inexpensive, whereas driving your own car can incur expenses upwards of $100 depending on whether you use toll roads and where you end up parking once you reach New York. By taking an intercity bus instead, you don't have to worry about paying tolls, New York's expensive parking, the cost of gas, or the stress of driving in one of the world's most congested cities.

Is it safe to travel by bus from Washington to New York during the COVID-19 pandemic?

How long is the bus ride from Washington to New York?

The bus takes an average of 4 hours and 34 minutes to cover the 328 kilometers from Washington DC to New York. However, the fastest bus only takes 3 hours and 45 minutes. In other words, you'll have plenty of time to rest and relax on the road. Keep in mind that your actual bus may arrive earlier or later than scheduled, depending on whether there is more or less traffic than usual.

Because many passengers travel from Washington DC to New York at the beginning of the work week, Monday is usually the busiest day for buses. If you are planning to travel on a Monday, you should make sure to book tickets well in advance as they may sell out.

When do the earliest and latest buses leave Washington DC?

The first bus leaves at 00:00 and the last bus leaves at 23:00. To see the times for all buses from Washington DC to New York, enter your specific travel dates in the search bar.

How many bus departures serve New York each day?

There are 62 scheduled buses that travel from Washington DC to New York every day, so you have a decent number of options to choose from. This includes 60 direct buses, where you can stay on the same bus without having to transfer to a connecting bus at any point during your trip. 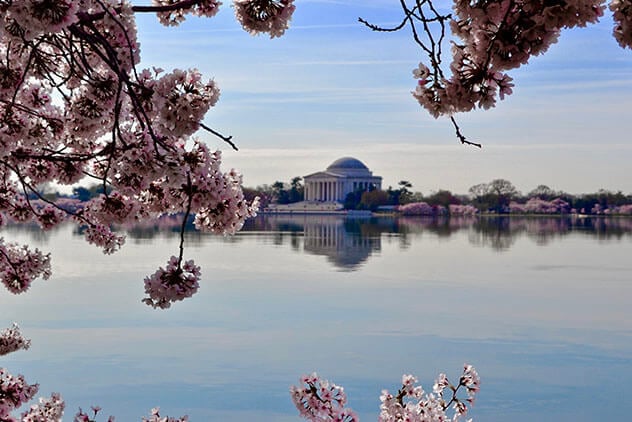 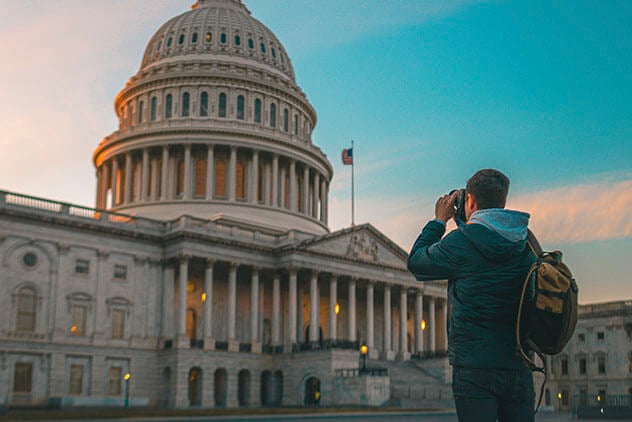 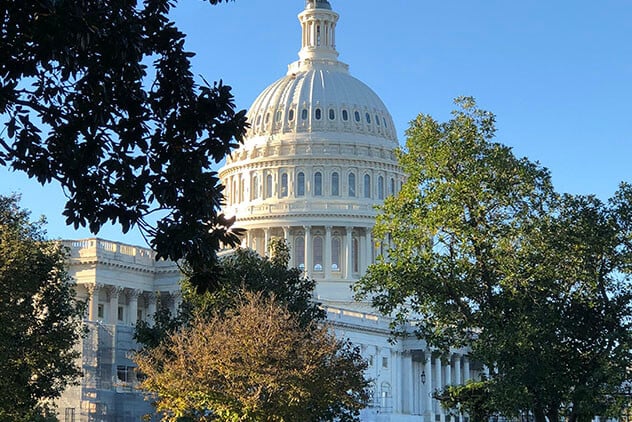 D.C. is not just about politics and museums, though. The city’s active nightlife fittingly ranks it among the biggest party hubs in the country. Head to the vibrant Dupont Circle neighborhood to check out some of the finest restaurants that the nation’s capital has to offer, or join a food tour of Georgetown to get a taste of the area’s culture along with its cuisine. 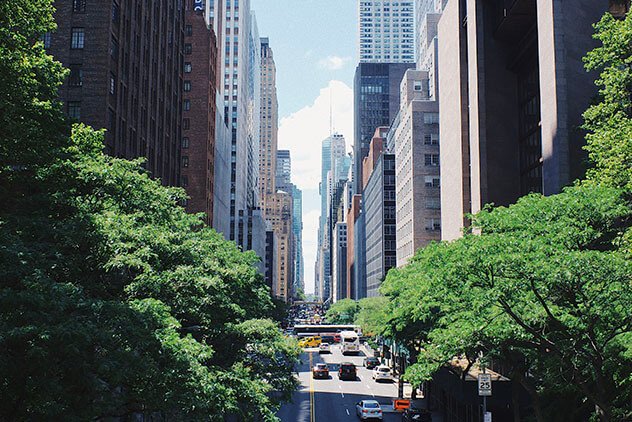 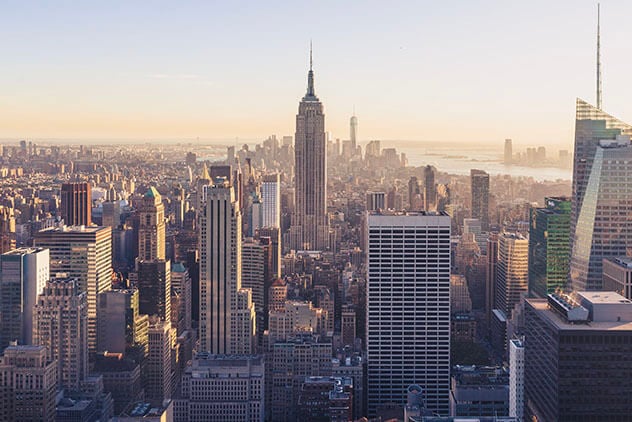 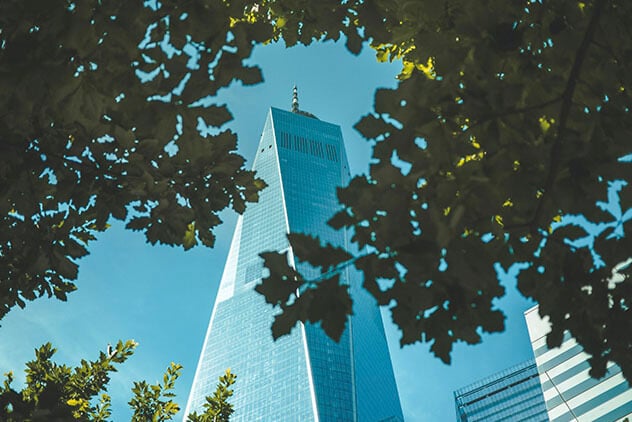 Where does the bus leave from in Washington DC? 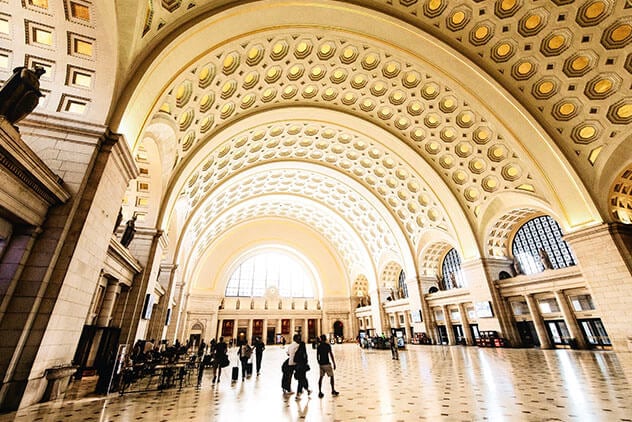 All bus stations in Washington DC:

Where does the bus arrive in New York?

Buses arrive in New York at 13 stations, depending on which bus line you are traveling with. 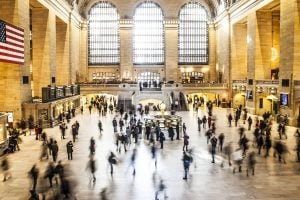 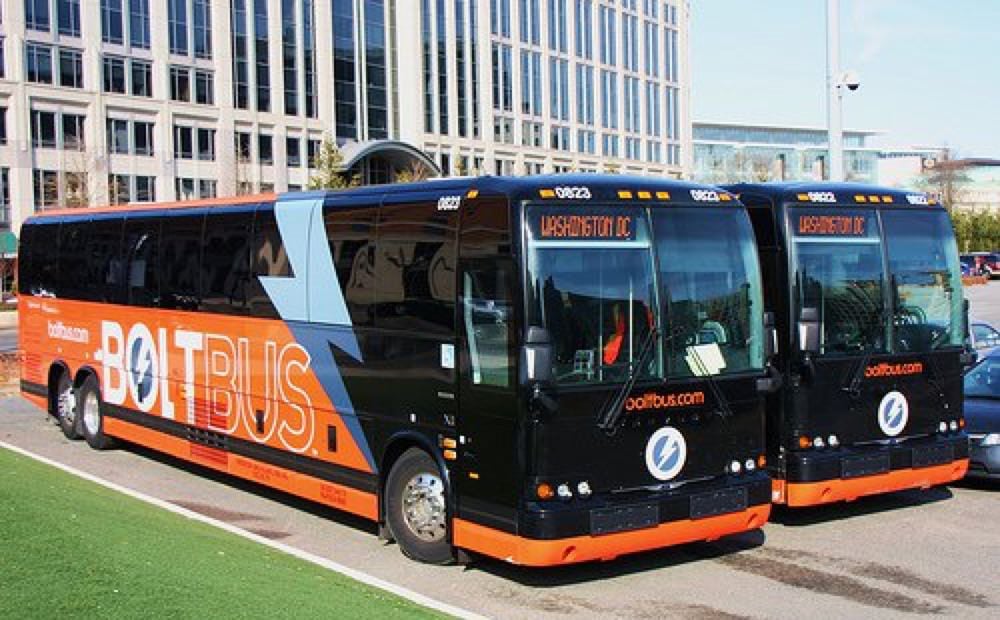 Your Guide to All BoltBus Stops Across New York CityRead more 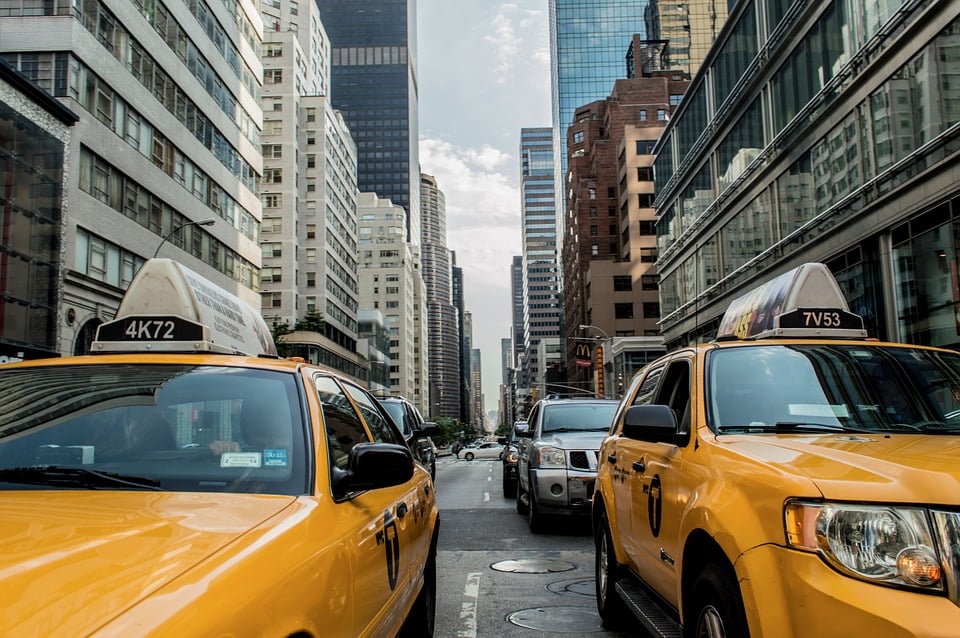 The Easiest Way to Get from Washington, DC to JFK International Airport and LaGuardia Airport in New YorkRead more

Need a return trip from New York to Washington DC?

Continue by bus from New York