Read this announcement in: Deutsch

All trips conducted by Deutsche Bahn and its affiliates are now available to book on Wanderu’s website and app for no extra fee.

BOSTON, MA (March 22, 2017) – Wanderu, the largest ground travel search platform in North America, announced today that it has launched its services in Europe. Starting today, travelers are able to use Wanderu to find, compare and book bus and train tickets to and from more than 1,000 European cities, including key destinations in Germany, France, Austria, Belgium, Switzerland, the Netherlands, and the United Kingdom, among other places.

As part of the deal, Wanderu now offers tickets for routes served directly by Deutsche Bahn, as well as tickets for trips conducted by the railway operator’s own partners and affiliates. The latter include:

For a complete list of all the destinations served by Deutsche Bahn and its affiliates that are available through Wanderu, click here (PDF).

“Deutsche Bahn and its affiliates travel daily to thousands of destinations that no other carrier serves and that allows us to present our users with many new opportunities to explore Europe,” said Polina Raygorodskaya, co-founder and CEO of Wanderu. “It has been our mission from the beginning to provide travelers with a one-stop platform where they can find the best deals for the trip they’re looking to make and our partnership with Deutsche Bahn is a major step toward making that goal a reality.”

Since Wanderu’s launch in Europe in January 2017, the company has added over 20 bus and train carriers to its search engine, in addition to Deutsche Bahn and its affiliates. Over the upcoming months, Wanderu will continue expanding the roster of European bus and train providers available on its platform. The company has already signed partnerships with more than 160 additional European carriers that will further increase Wanderu’s coverage, offering travel options to Spain, Italy, Ireland, and various other countries across Europe.

Tickets for trips conducted by Deutsche Bahn and its affiliates are available both online at www.wanderu.com and through the free Wanderu app for iOS and Android. As always, Wanderu does not charge any extra fees for buying tickets through its platform and always has the lowest available bus and train fares, as part of the company’s ongoing efforts to make travel booking more efficient and less stressful.

Wanderu’s partners include some of the largest ground travel companies in the world, including Amtrak, Greyhound, Megabus, Boltbus, Deutsche Bahn, VIA Rail Canada, National Express, FlixBus, Grupo Senda, and Trailways of New York, among many others.

Deutsche Bahn is one of the leading transportation and logistics companies worldwide with a turnover of 40.5 billion Euros in 2015 and 2.055 billion passengers in Germany alone.

Furthermore, Deutsche Bahn’s about 24,200 passenger trains run daily on its approximately 33,300 kilometer-long, modern rail network. The fleet of ICE high-speed trains consists of 265 trains. With 260 direct connections to 120 foreign cities, Deutsche Bahn can be considered not only as a national rail carrier, but also as an international service provider. 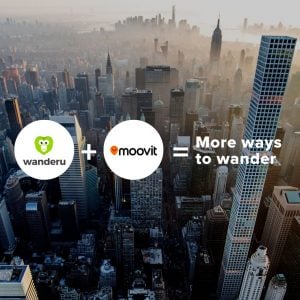 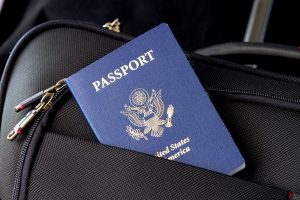