A map of the United States showing the path of totality for the August 21, 2017 total solar eclipse. (Source: NASA)

On August 21, for the first time since 1918, from coast to coast, North America will experience a solar eclipse. A partial eclipse can be seen from anywhere across the continent. But, a lucky few will experience a total eclipse, when the moon entirely covers the sun making it appear as a glowing ring. The path of totality, beginning in Oregon and ending South Carolina, will pass through Idaho, Wyoming, Montana, Nebraska, Iowa, Kansas, Missouri, Illinois, Kentucky, Tennessee, Georgia, and North Carolina. At Wanderu, we looked up all the locations across the United States that will allow you to have the most wholesome viewing experience and, of course, found the cheapest way to get you there. 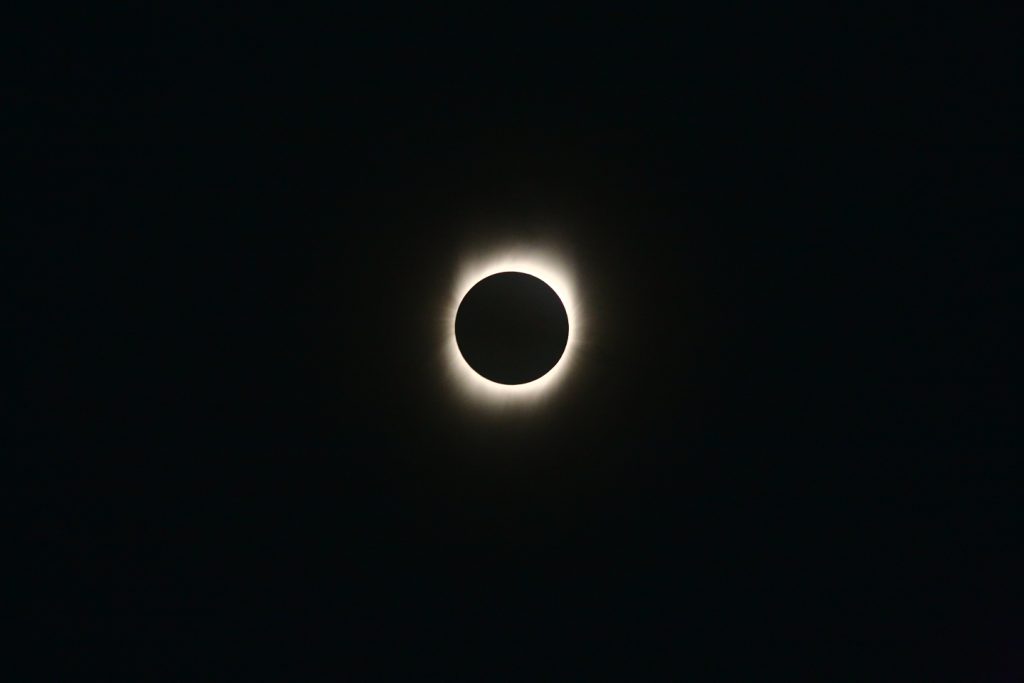 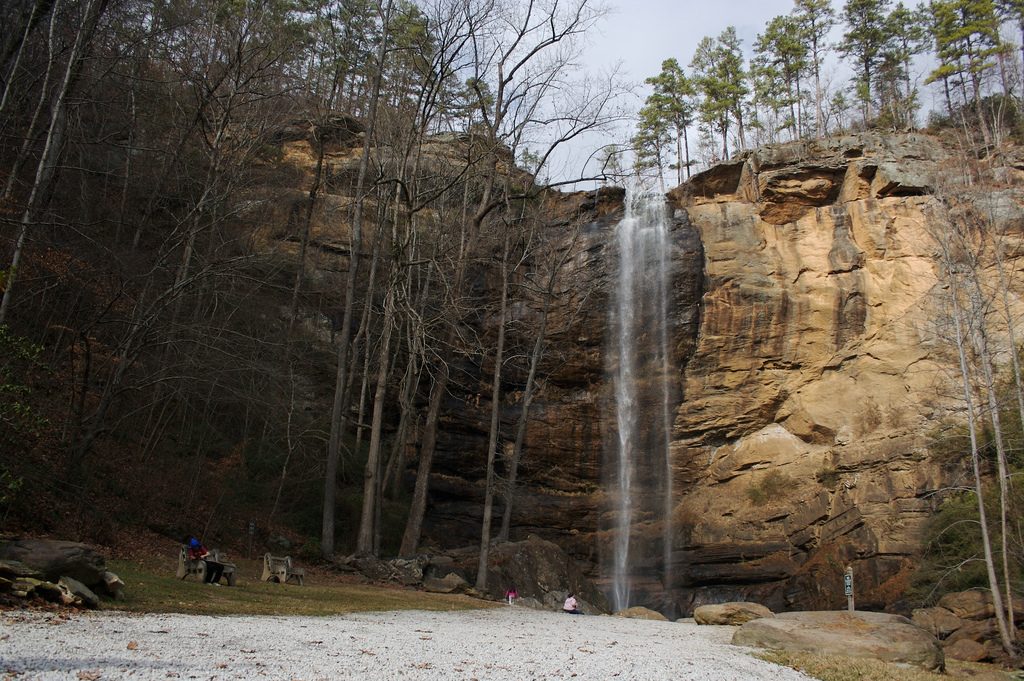 Join the lucky residents of northern Georgia on Monday, August 21 to witness the historic total eclipse. You can catch a glimpse of a nearly total solar eclipse in Atlanta. However, if you travel northeast of Atlanta to Toccoa, Georgia and attend the Totally Toccoa street party, you can see the total eclipse at exactly 2:37 p.m. EDT. Direct bus and train routes from Atlanta, Gainesville, and other cities across the U.S. will get you to Toccoa just in time. 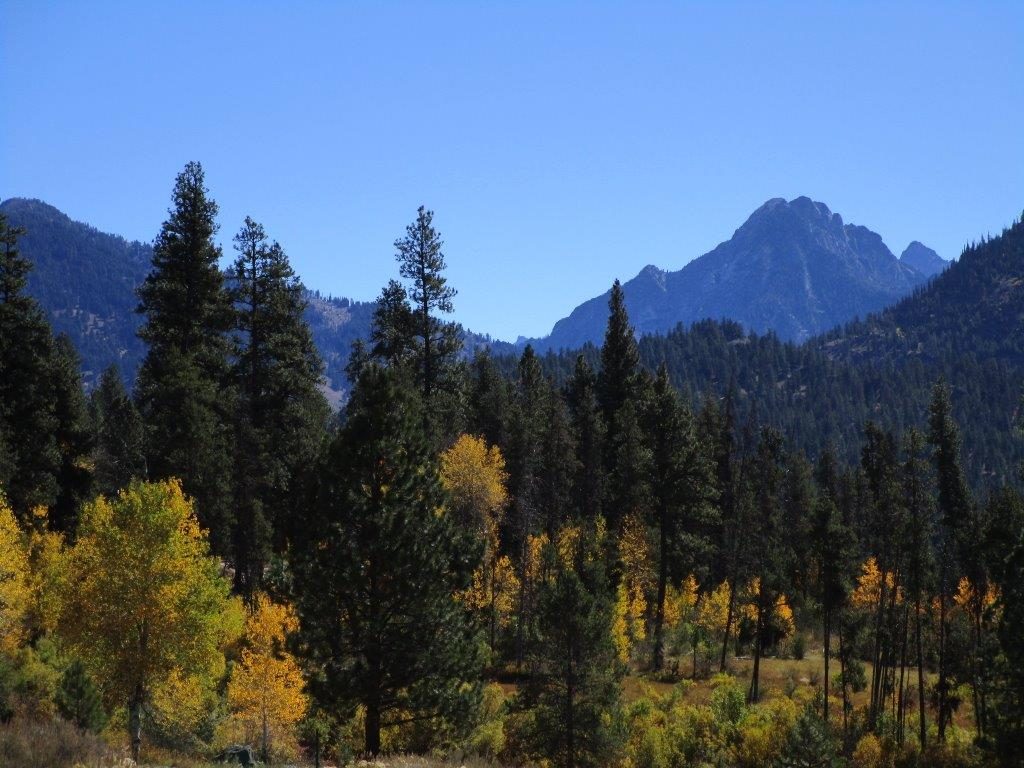 For the best views of the solar eclipse in Idaho, travel to Boise for the partial eclipse and take your pick from the towns to the north in Boise National Forest to see a total eclipse just before 11:30 a.m. MDT. 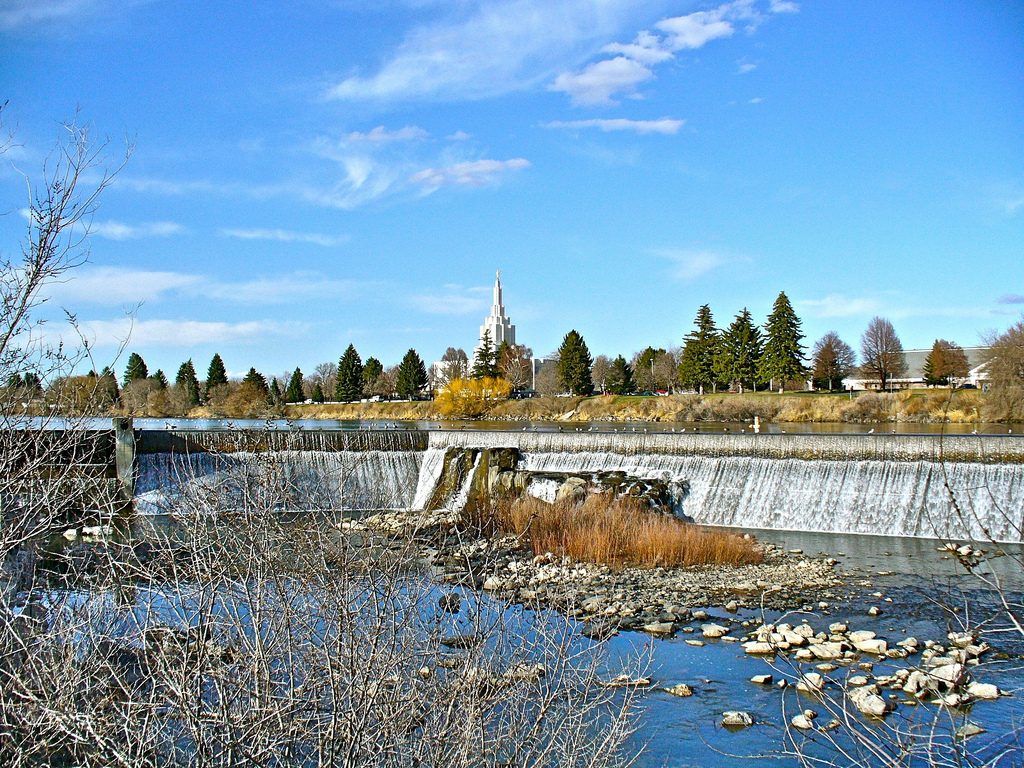 The Museum of Idaho in Idaho Falls will be hosting several events for the eclipse on August 21 and has been dubbed one of NASA’s preferred viewing sites. While Idaho Falls is only accessible by car, you can take a bus or train to Salt Lake City and then rent a car to drive to Idaho Falls. Idaho is expecting a lot of visitors for the eclipse and has created a Total Solar Eclipse Guide to help visitors plan their eclipse weekend from anywhere in the state. 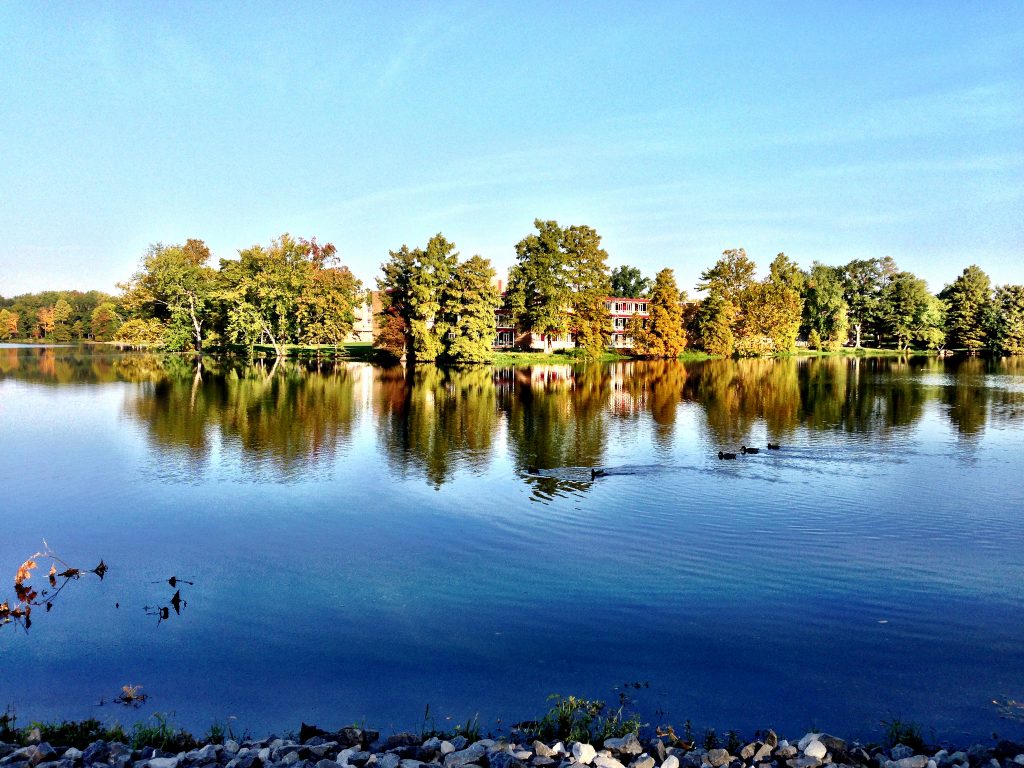 Travel to southern Illinois to see the total eclipse in Carbondale at 1:21 p.m. CDT. Amtrak will offer 30% discounts to those traveling to Carbondale on their Illini and Saluki lines between August 16 and 22, if you book before Monday, August 21. Book your trip to Carbondale from Champaign, Lincoln or Springfield, and don’t miss the rare opportunity to witness a total solar eclipse in Illinois! 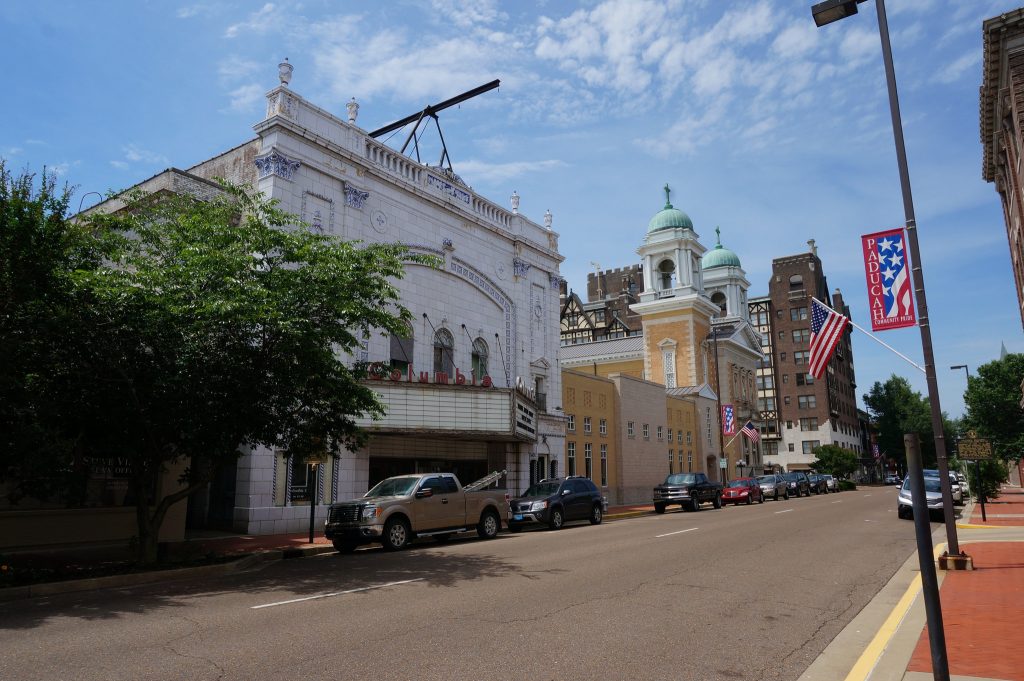 The path of the total eclipse just brushes the western corner of Kentucky, but if you arrive at the historic city of Paducah at 1:24 p.m. CDT on August 21, you will be able to see it in its entirety. You can easily get to Paducah from nearby Marion, Mayfield, and Morganfield, as well as numerous other locations across Kentucky. 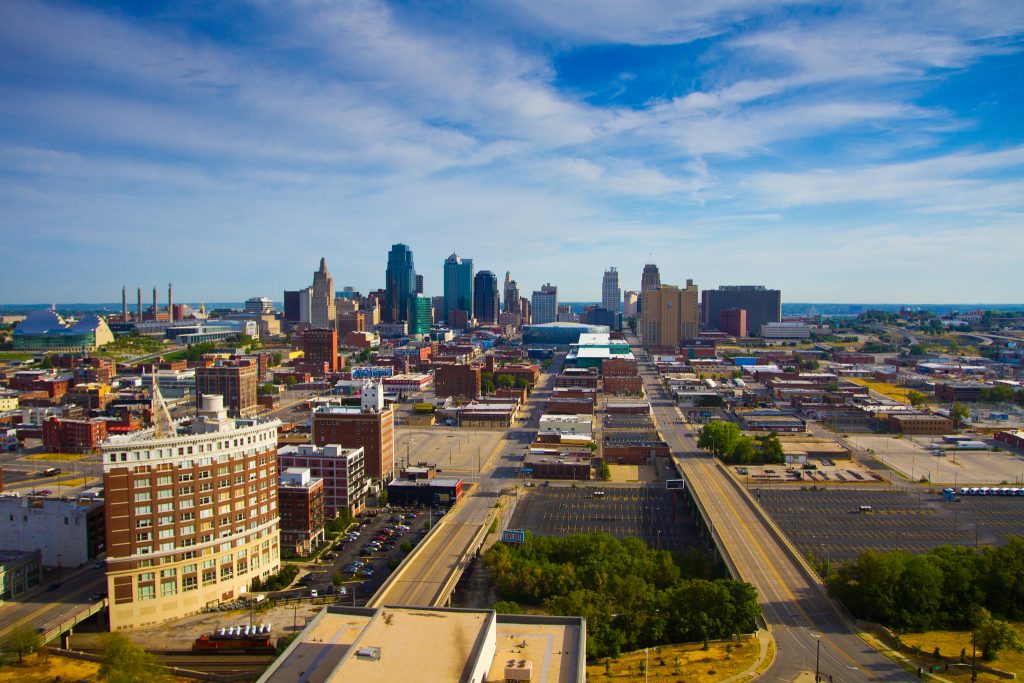 Travel to the bustling Kansas City to see the total eclipse at 1:09 p.m. CDT before spending the rest of the day with the orangutans at the Kansas City Zoo! For some more family-friendly fun, Independence Square will be hosting The Dark Side of the Square: Eclipse Festival all weekend! If family-friendly activities are not your cup of tea, a number of 21+ events are happening at Vox Vineyards and Jowler Creek Winery. If you’re traveling locally, Kansas City is only a quick train trip from Independence, Lee’s Summit and Warrensburg, as well as Lawrence, Topeka, and Wichita. You can also get on a bus or train to Kansas City from pretty much anywhere in North America. 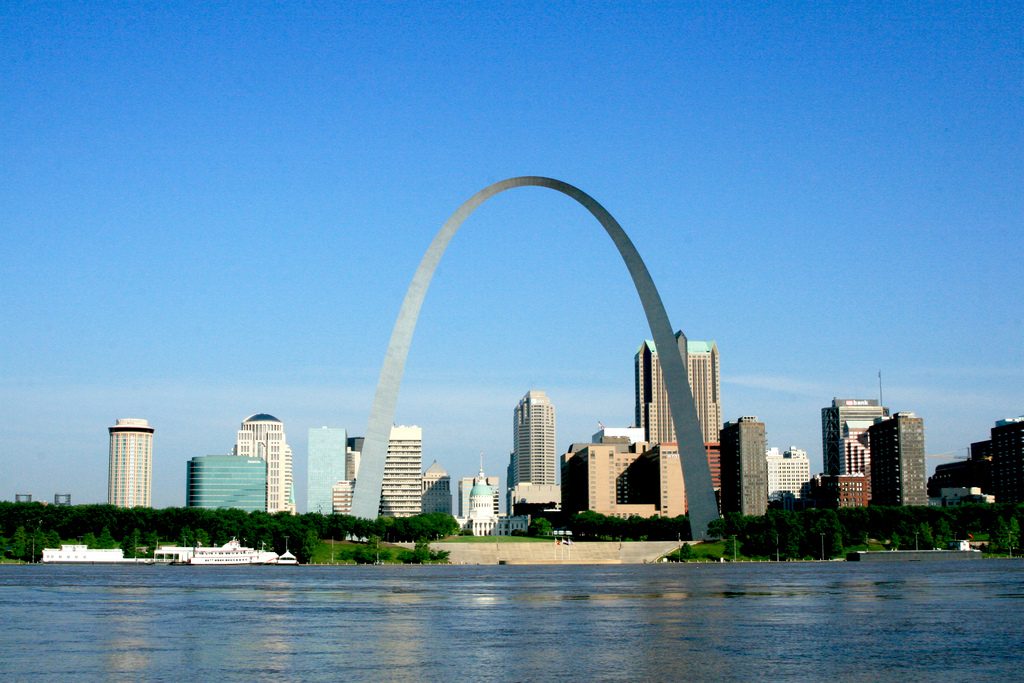 Even though the city of St. Louis will not be getting a glimpse of the total solar eclipse, it will have a multitude of events taking place to celebrate the occasion. On August 21, Jefferson Barrack Park in St. will host a free and public event to watch the eclipse.  Viewing parties will take place at Urban Chestnut Grove Brewery & Bierhall and The Magic House, St. Louis Children’s Museum. You can reach St. Louis by bus or train from Jefferson City, Kirkwood, Washington, and Wentzville., as well as from many other places in North America.

Unfortunately, a total solar eclipse will only briefly occur in an unpopulated section of the forest in Montana at the border with Idaho. 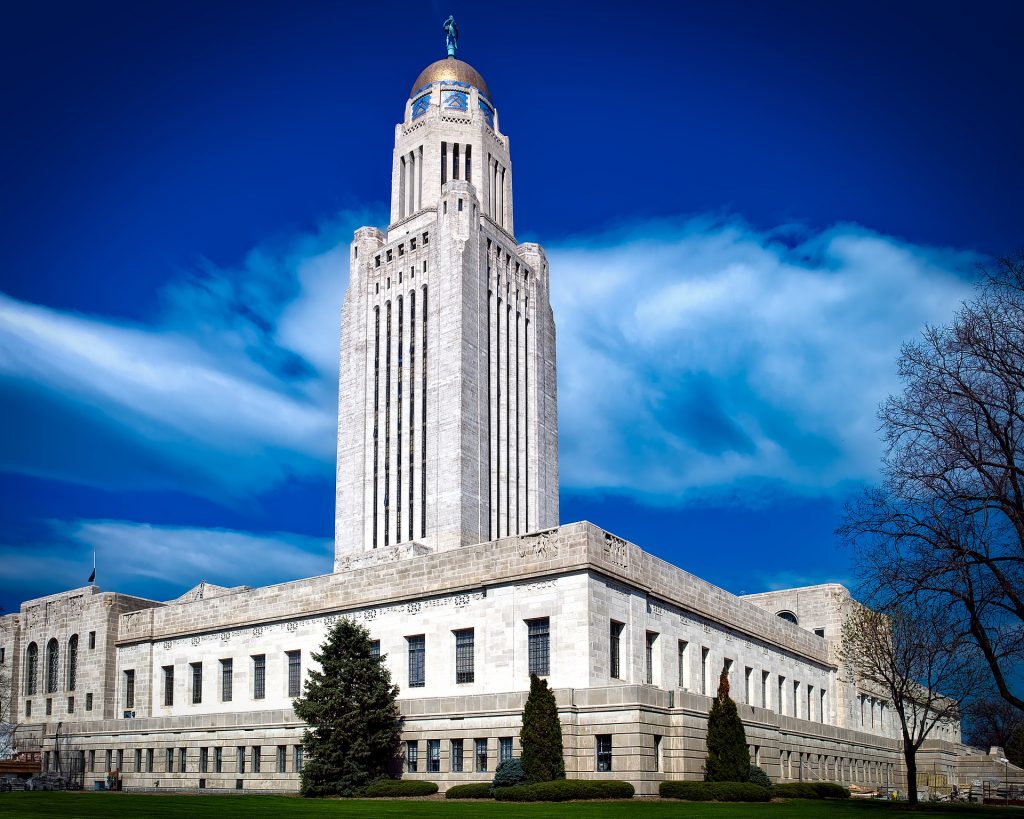 The best places to witness the total solar eclipse if you’re in Nebraska would be the towns of Lincoln and Lexington. Wake up, get some breakfast, and do a bit of exploring in either of these Nebraska cities before the eclipse begins. For a full-day event, head over to Haymarket Park in Lincoln, Nebraska. The Lincoln Saltdogs are hosting a special eclipse game at noon (the gates will open at 11 a.m.) allowing attendees to witness the eclipse from inside the park. The first 3,500 fans will receive free eclipse glasses. A science fair and expo will also accompany the game outside of the ballpark. You can book bus tickets from Columbus, Grand Island and Omaha to Lincoln. 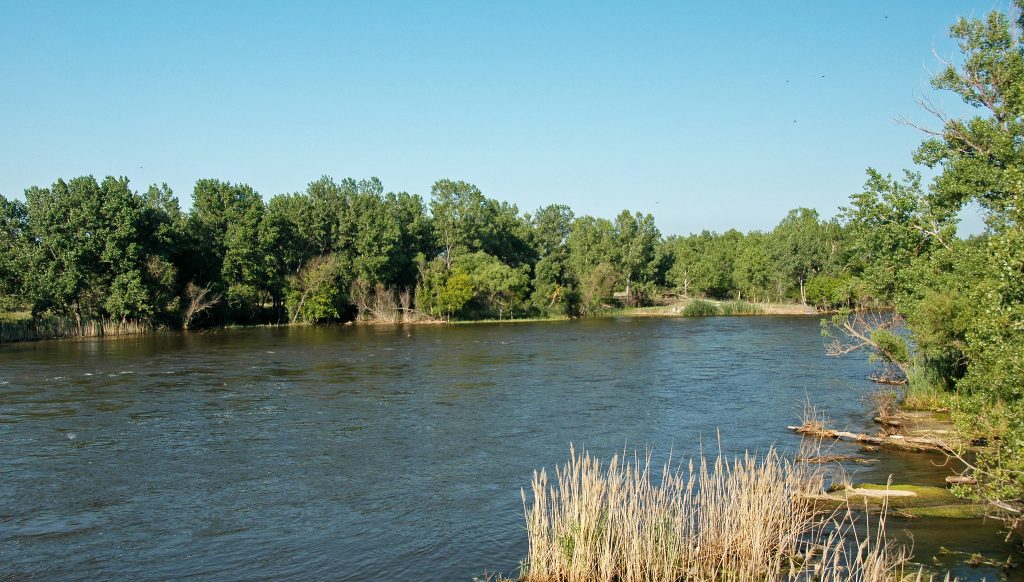 If Lexington is your destination of choice, have your goggles on at 12:56 CDT to witness the total solar eclipse in its full glory. You can get there for cheap from Lincoln, North Platte and Omaha, and from many other locations across the country. 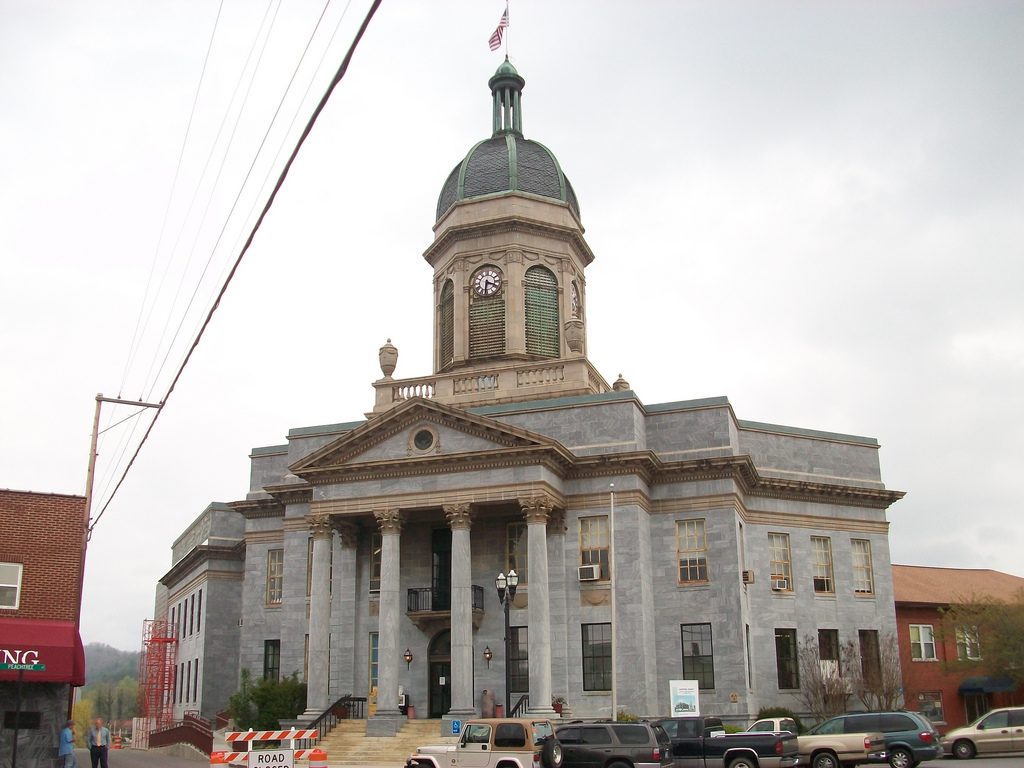 Make a long weekend trip out of the eclipse and explore the charming city of Asheville resting in the Blue Ridge Mountains. From there, travel to the western corner of North Carolina to see a total eclipse in Murphy at Konohete Park at 2:35 p.m. EDT.

People on the coast of Oregon will have a front row seat for this spectacle as the cosmic show travels west across the United States. Madras, Salem and Baker City will be the best cities to witness the total eclipse in Oregon. 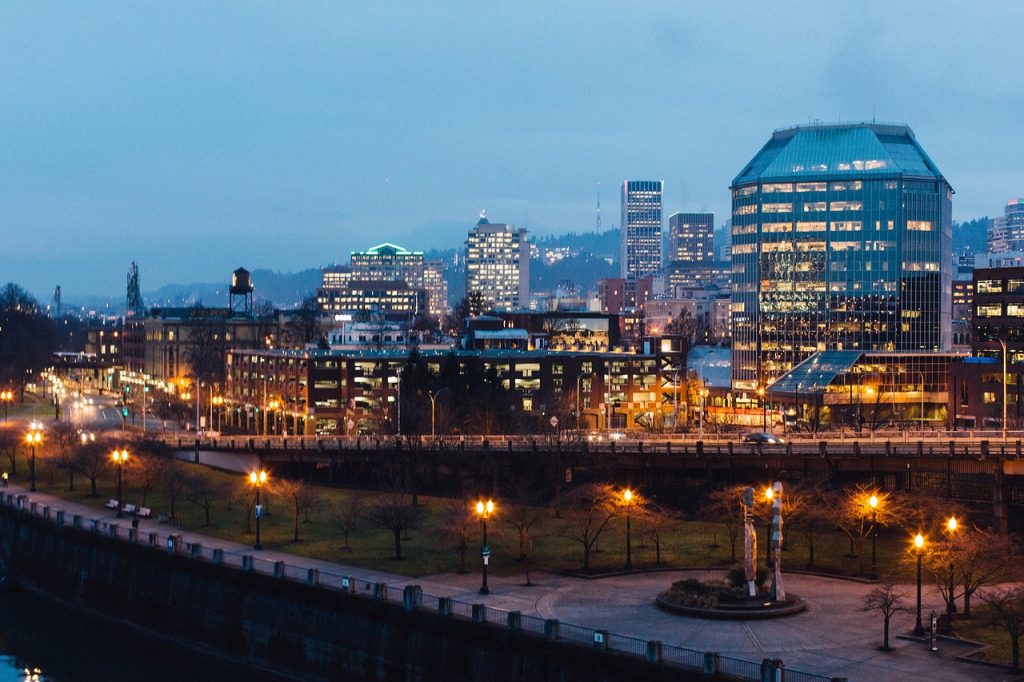 The Oregon Museum of Science and Industry is hosting a Solar Eclipse Viewing Party at the Oregon State Fairgrounds. The event is sold out. However, you can still sign up to volunteer to make sure you don’t miss out. Other than that, there are bound to be various gatherings around town of people trying to catch a glimpse of the eclipse, so you will definitely not be enjoying the view just by yourself. You can travel to Portland for cheap from Seattle, Vancouver and many other places across the Northwest or the rest of the country. 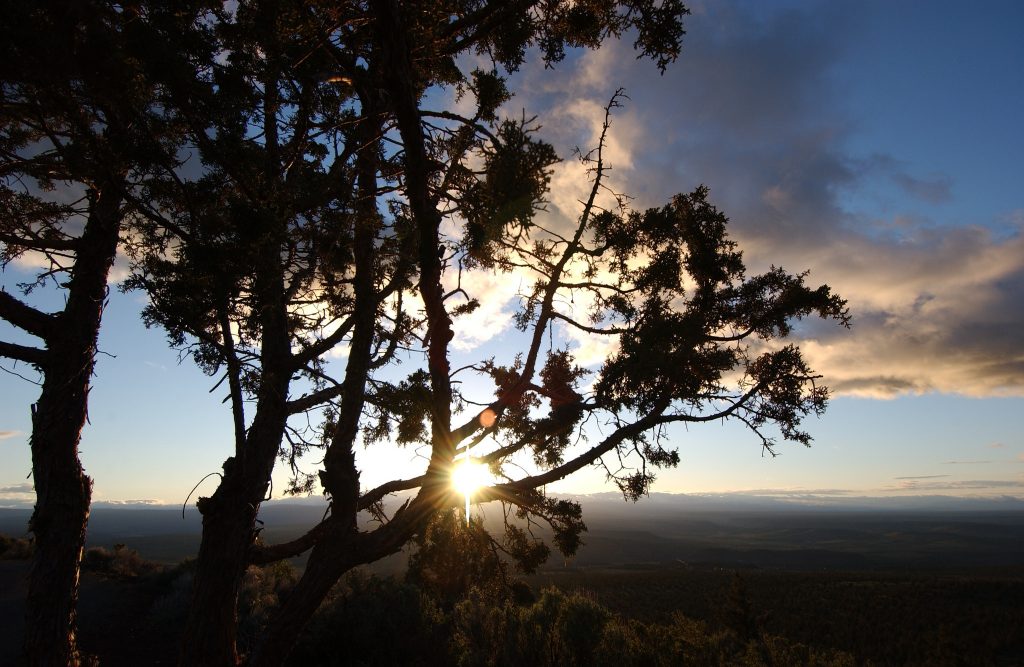 Madras is a two-and-a-half-hour drive southwest of Portland and will be hosting Oregon Solarfest, an event planned specially around the eclipse that will feature Solartown campgrounds and a music festival. 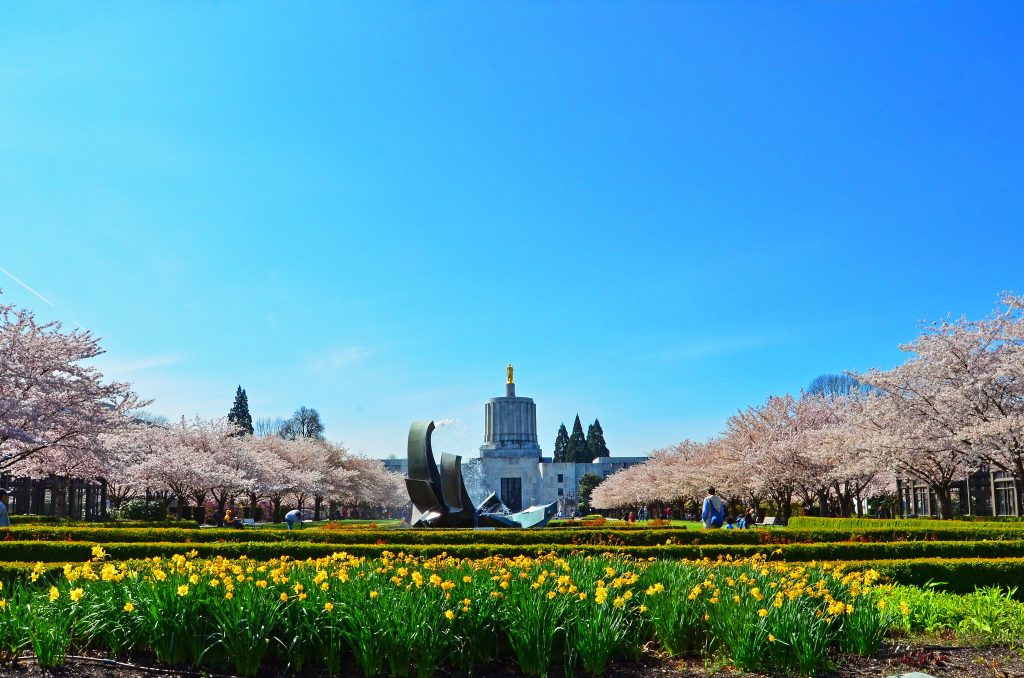 For those heading to see the solar eclipse at the Oregon State Fairgrounds in Salem, Amtrak will add an extra stop to all trains running between Portland and Oregon City on August 21. The stop will be located approximately 800 feet (244 meters) from the Oregon State Fair and Exposition Center. You can book a ticket for this one-time-only route on Wanderu. Salem is also easily accessible by bus from Albany, Eugene, and Portland. 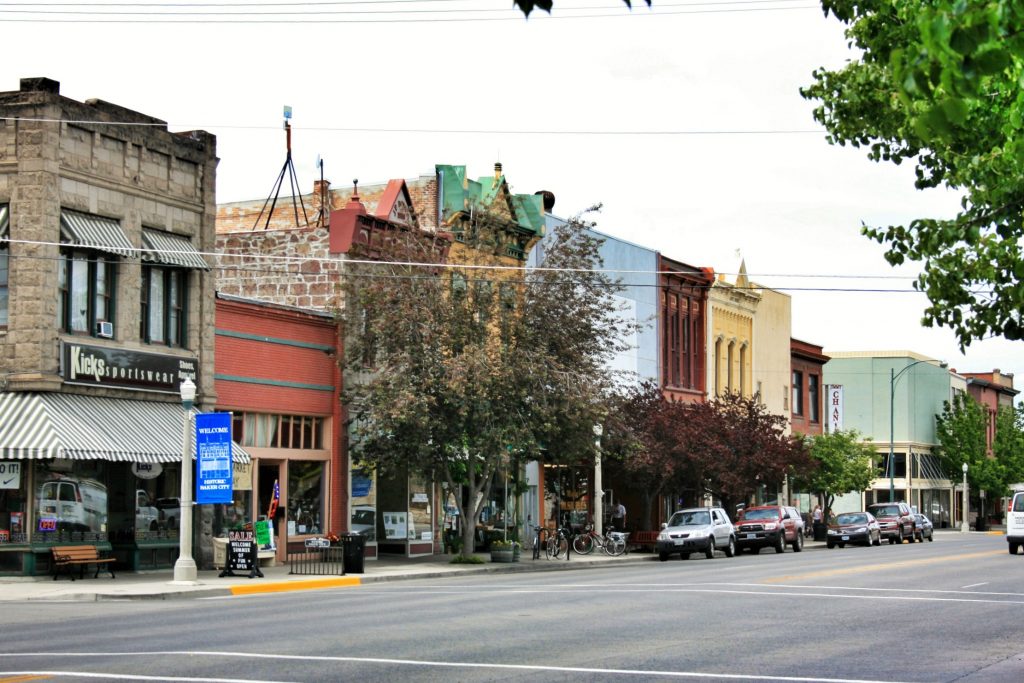 If you’re looking for a day full of family-friendly activities, attend the Great American Eclipse Weekend in Baker County. The weekend will feature events at Farewell Bend State Park and on the Oregon Trail. Baker and Huntington High School will be renting out campsites if you weren’t able to reserve one in the bigger parks. Book your trip to Baker City from Beaverton, Klamath Falls, Seattle, and many other locations on Wanderu.

The path of totality covers nearly every South Carolina hotspot, so you can’t go wrong choosing one of these locations to celebrate the total eclipse. 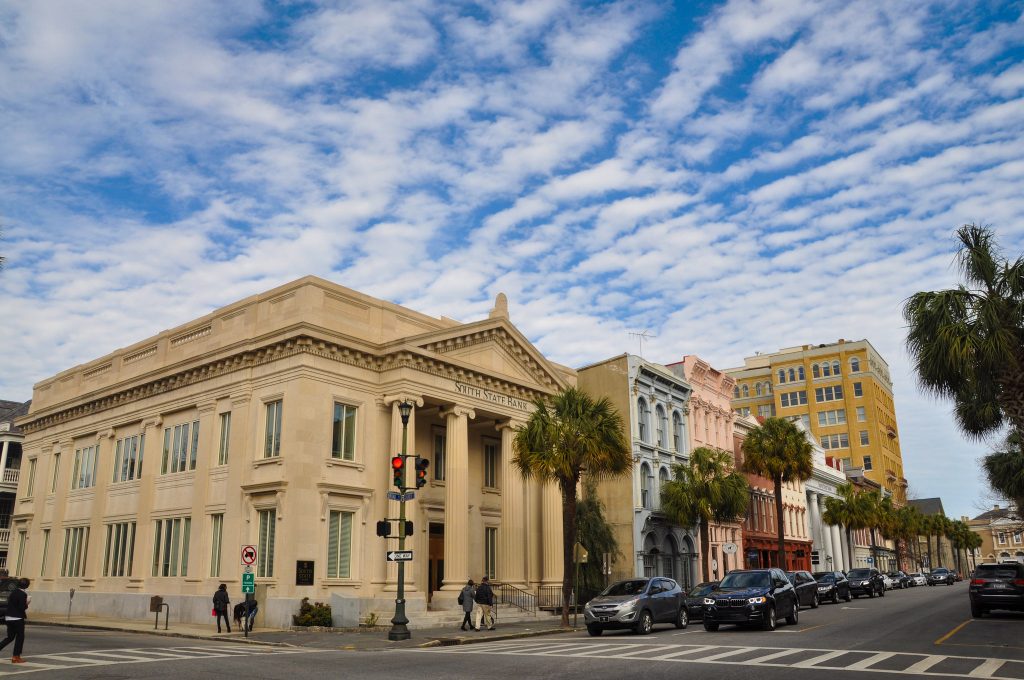 The last big eclipse celebration in the United States will be Go Dark Charleston. Events will be a stone’s throw from one another all over the Holy City, from the sea to the beach to the ballpark. Travel to Charleston from Florence, Myrtle Beach and Summerville by bus or train to see the total eclipse and don’t forget to take some cool shots for Instagram, as Charleston is one of the most beautiful cities in the U.S. 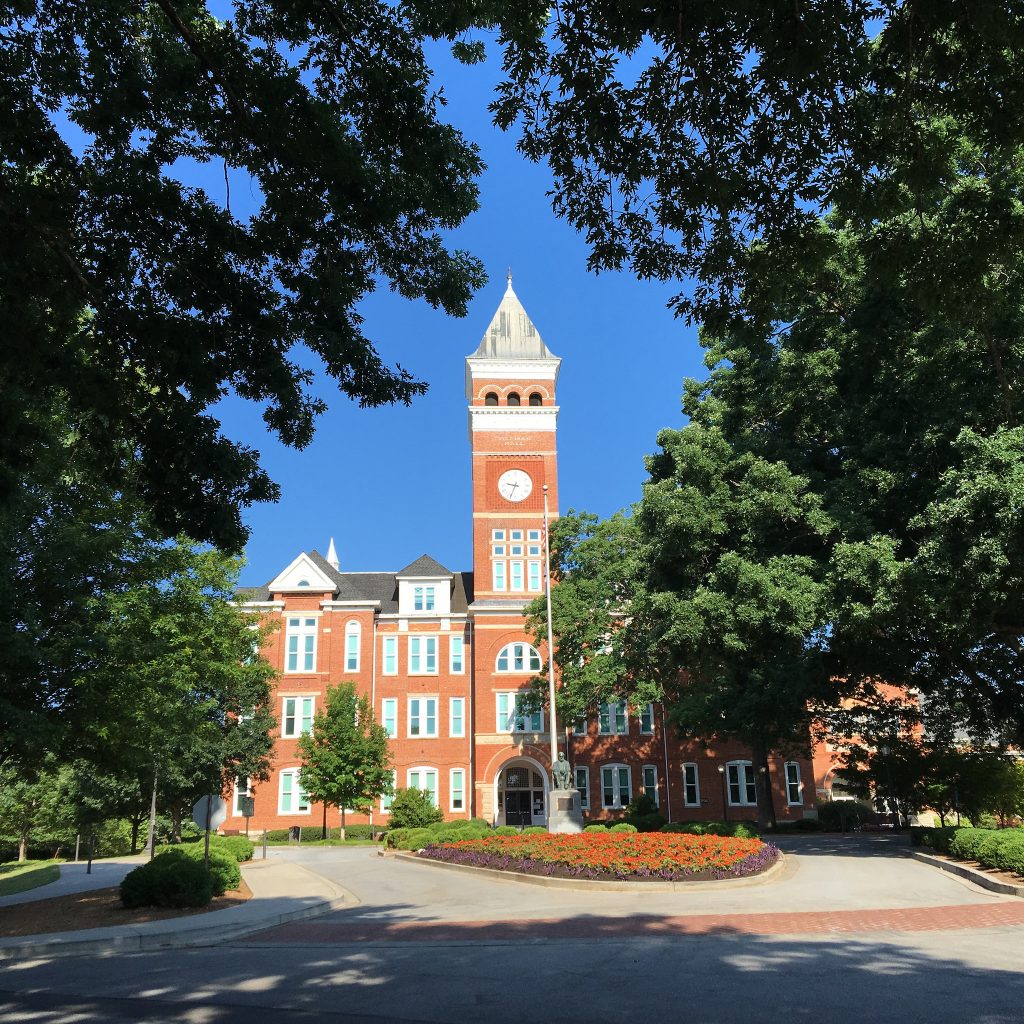 Clemson University will be open to the public and is a prime viewing location on August 21. If you’re lucky, you might be able to snag an appointment at Clemson’s planetarium during the eclipse. There are plenty of bus and train travel options to Clemson, SC from various places across the U.S. 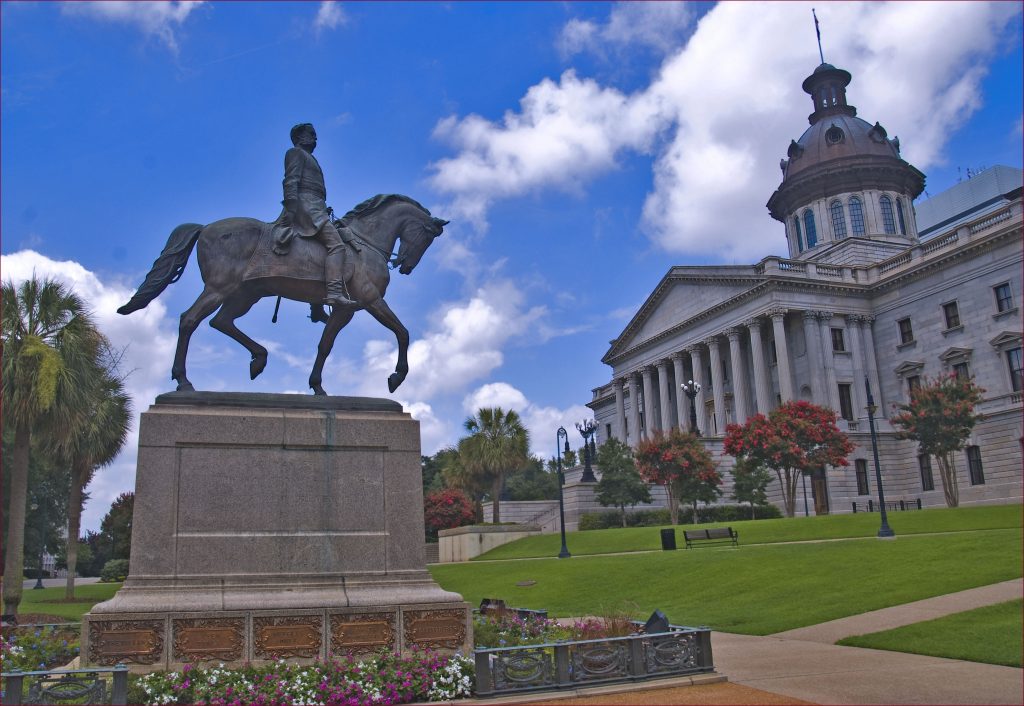 Total Eclipse Weekend in Columbia will feature a 5K run, kayaking, baseball games, and numerous viewing parties. You won’t have any problem filling up your weekend with things to do here! The state’s capital can be reached by bus from Aiken, Camden, and Sumter. If you’re traveling from another place, check out all direct routes to Columbia, SC. 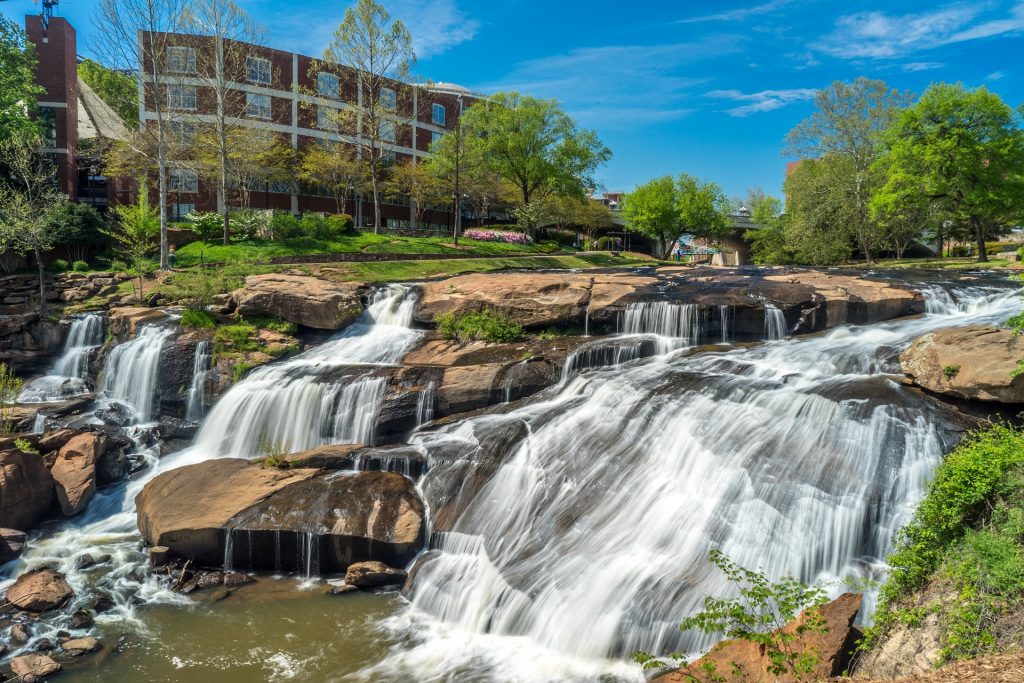 Several events will take place in Greenville, South Carolina for the eclipse, including a weekend-long Eclipse Extravaganza at Roper Mountain Science Center. For those residing in the area, Gaffney and Spartanburg are both a short bus trip from Greenville. For everyone else, there many bus & train deals to Greenville, SC you can choose from. 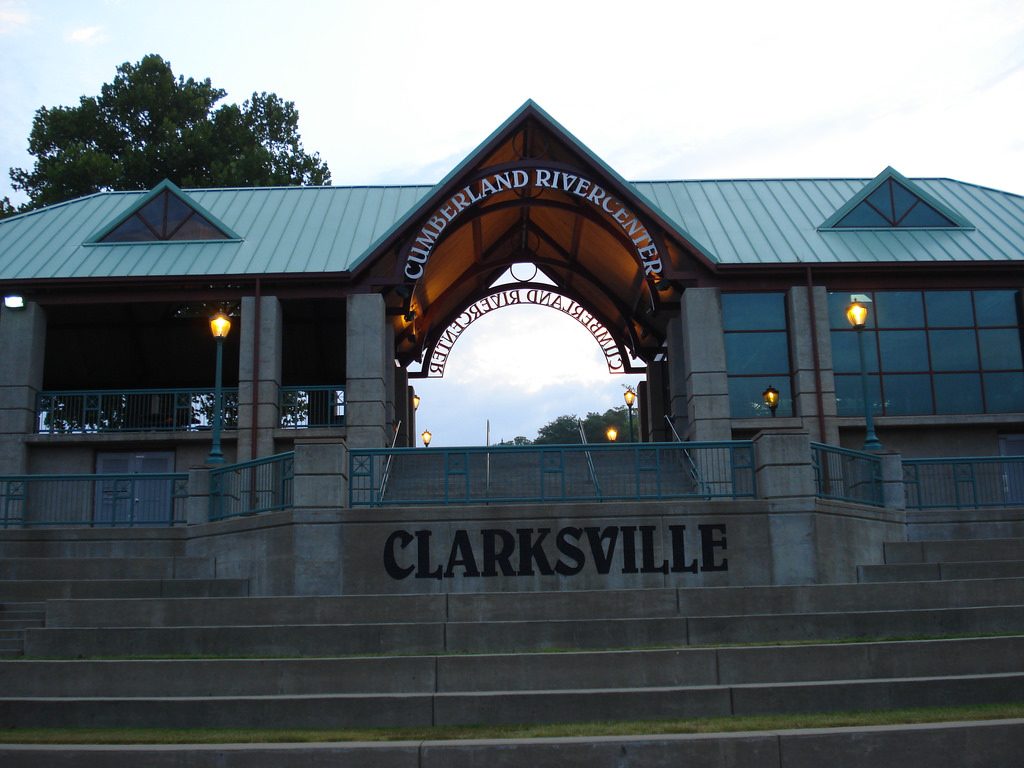 If you head down south to Clarksville, TN, you can be part of a unique viewing experience at Clarksville Regional Airport and Beachaven Vineyards & Winery. The total eclipse is expected to take place at 1:27 p.m., so plan your trip accordingly! You book your bus or train trip to Clarksville, TN on Wanderu. 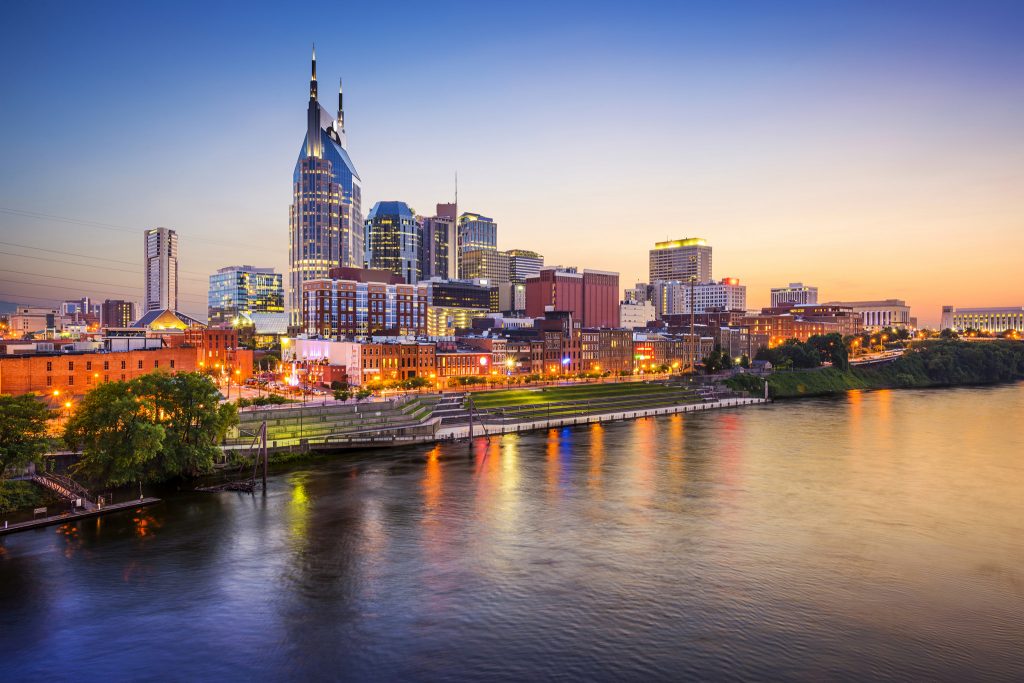 Nashville has a plethora of celebrations planned for their Music City Solar Eclipse. The mayor of Nashville will hold a viewing party at First Tennessee Park, the Grand Ole Opry will host a special two-day celebration, and a handful of other Nashville landmarks will be hosting events around town specially for the eclipse. Enthusiasts across Tennessee wanting to see the total eclipse can reach Nashville by bus from Chattanooga, Jackson, and Knoxville. If you live outside state lines, fret not as there are plenty of buses and trains traveling daily to Nashville.

In Wyoming, you can witness the eclipse while hiking the mountains of Grand Teton National Park or roaming the city streets of Douglas. 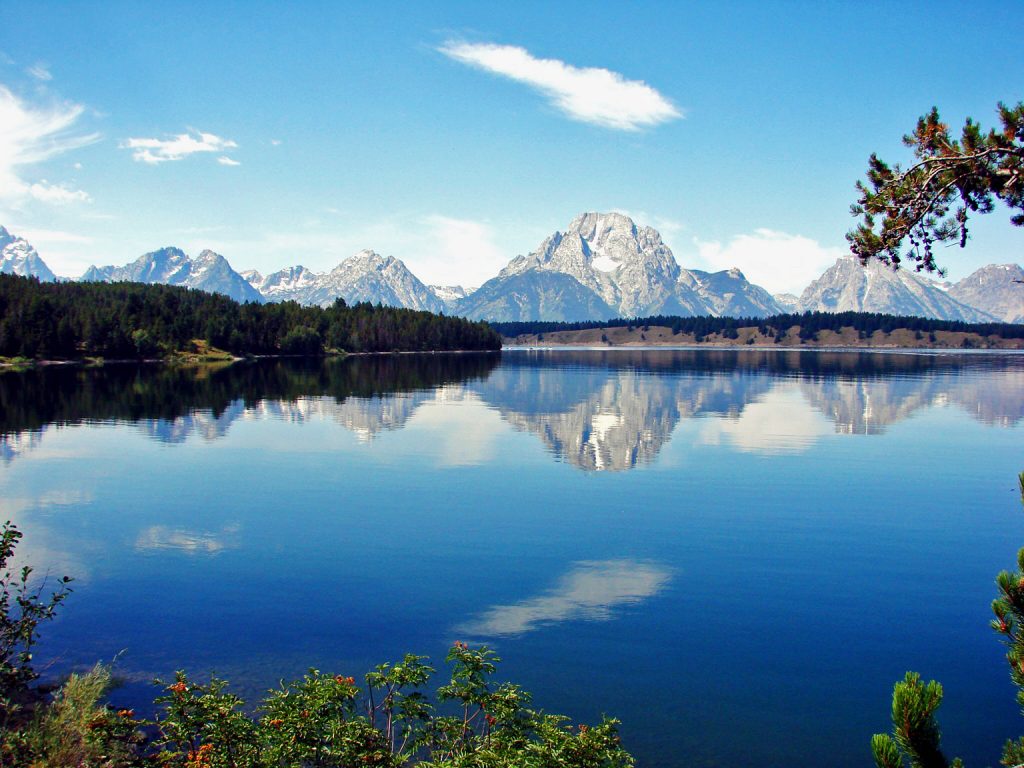 Jackson Hole Mountain Resort will have special opportunities for your viewing pleasure on August 21. 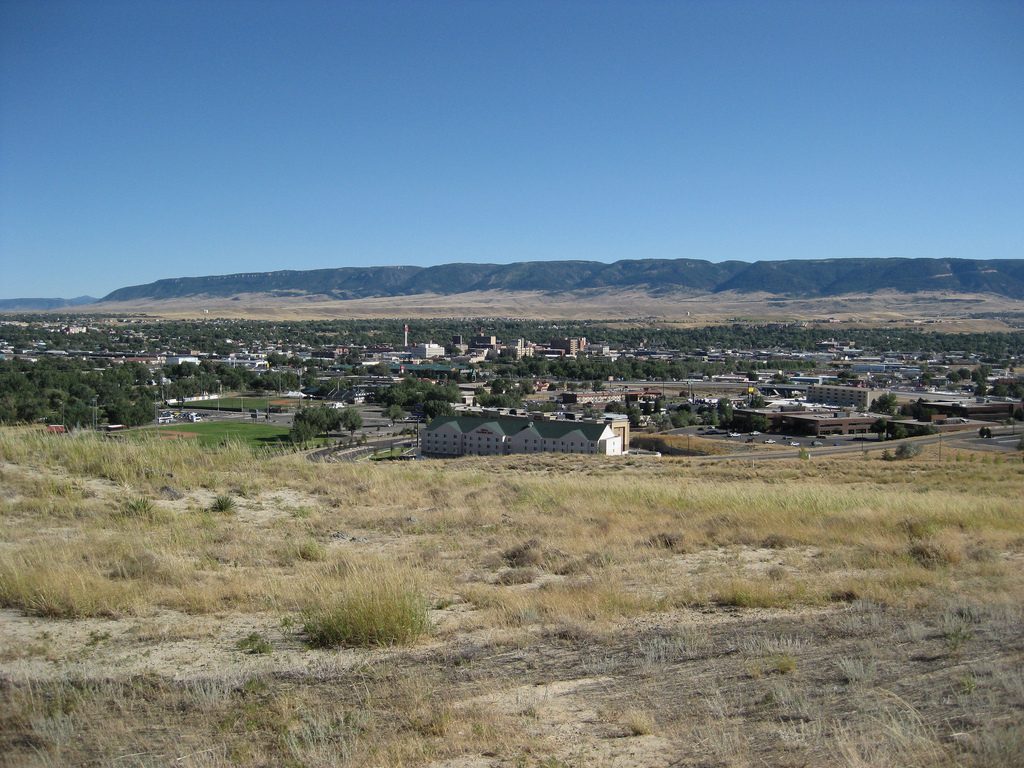 The Wyoming Eclipse Festival will be held in Casper, featuring dozens of events in the days leading up to and on August 21, offering a handful of viewing locations. Cheap bus tickets to Casper are available from nearby cities Buffalo, Cheyenne, and Douglas. 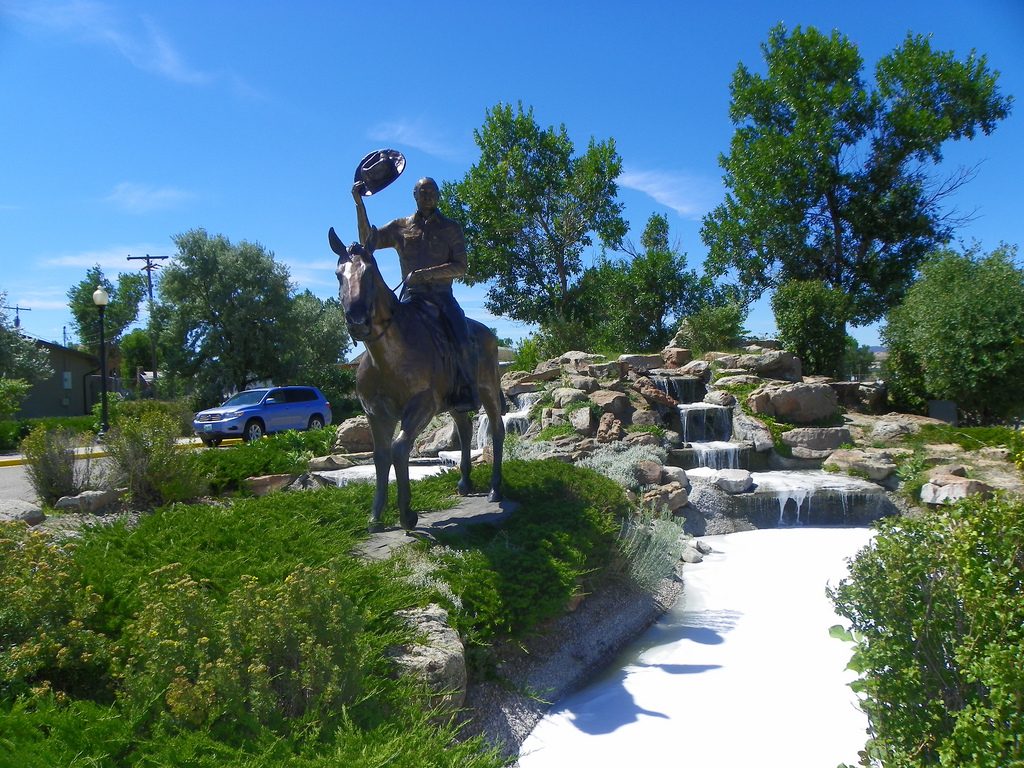 If you prefer a more quiet and personal celebration, get your closest friends together and host your own viewing party in Douglas. The city is not planning any events for the solar eclipse, leaving the day in your hands. You can easily travel to Douglas by bus from Buffalo, Casper, and Cheyenne, as well as from various other locations throughout North America. This is a rare and highly anticipated event, as people in North America will have the opportunity to see the eclipse for the first time in almost a century. Whether you’re traveling to see the eclipse or not, NASA’s interactive map allows you to pick any location and provides the exact time a partial or total eclipse will occur. So, let’s hope for clear skies on August 21! Book your tickets to see the solar eclipse on Wanderu to find the most affordable and convenient trips for you! 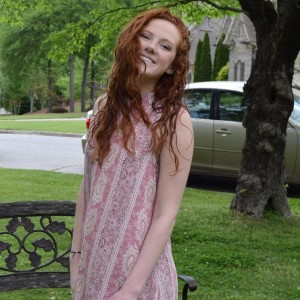 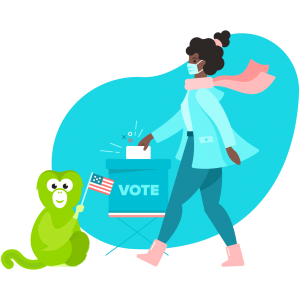 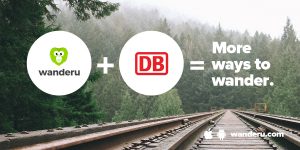 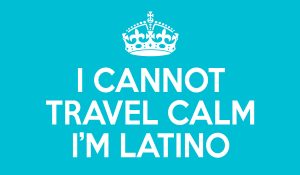