How to Get from Boston to Cape Cod by Bus, Train, Car or Ferry

🎶 “If you like making love at midnight in the dunes of the Cape…” …we got you covered!

We’ve compiled all the info you need to plan a trip from Boston to Cape Cod. Read on to learn about some of the most popular ways to travel from Beantown to the Cape by bus, ferry, train or plane.

How far is Boston from Cape Cod?

The distance between Boston and the Cape is only about 70 miles, close enough that Bostonians can enjoy an easy weekend getaway, or even venture to Hyannis, Provincetown or Falmouth for a day-trip.

Thanks to the various bus, train, ferry and flight options available, getting to Cape Cod from Boston is more convenient than ever –  although scoring the best deal on tickets requires a bit of advance planning.

Boston to Cape Cod by Bus 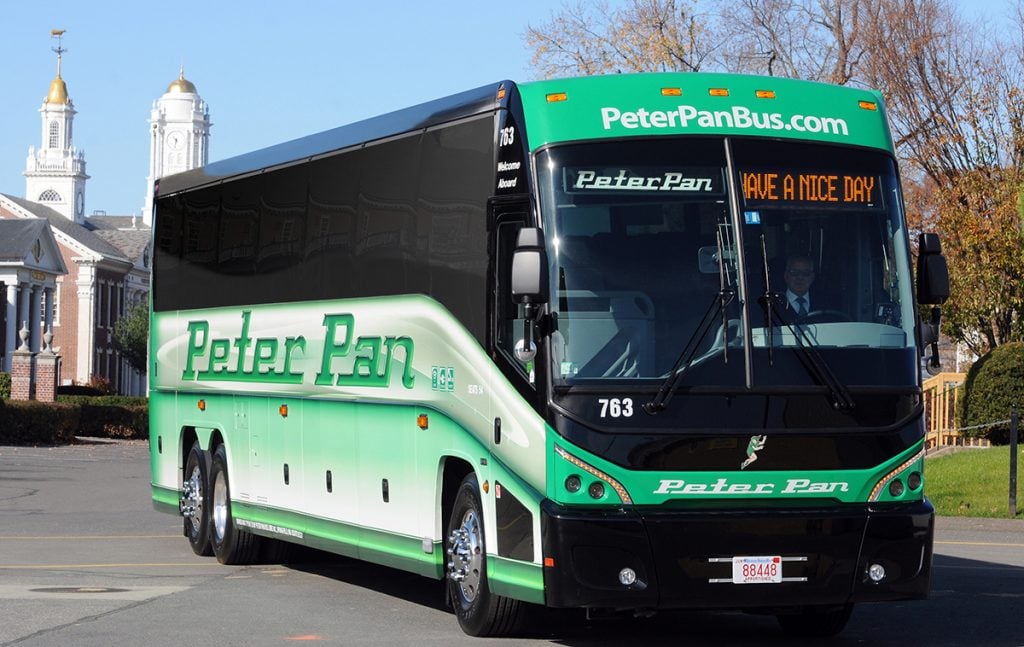 One of the easiest ways to get to Cape Cod from Boston is by bus. New England bus carrier Peter Pan offers direct routes to a number of locations on the Cape for as low as $17. The best part is that you can easily find and compare all available options on Wanderu and book the one that best fits your schedule (and budget).

Here are all the routes you can choose from:

If you’re looking to explore Cape Cod and the Islands beyond Hyannis and Barnstable (Hellooooo, Martha’s!), then you need to take the bus to Falmouth but make sure you book the trip that drops you off at Steamship Authority Pier. That way, you will arrive directly at the foot of the ferry for a quick float to Martha’s Vineyard or Nantucket.

If you can plan around rush hour, the ride itself is even faster than the train—you can get from Boston’s South Station to Barnstable in as quickly as 1 hour and 15 minutes. In the summer, however, it’s a good idea to plan for some extra traffic.

Even better, these routes are available year-round and every day of the week, giving the bus a potential leg-up on the CapeFlyer (see below).

Boston to Cape Cod by Train 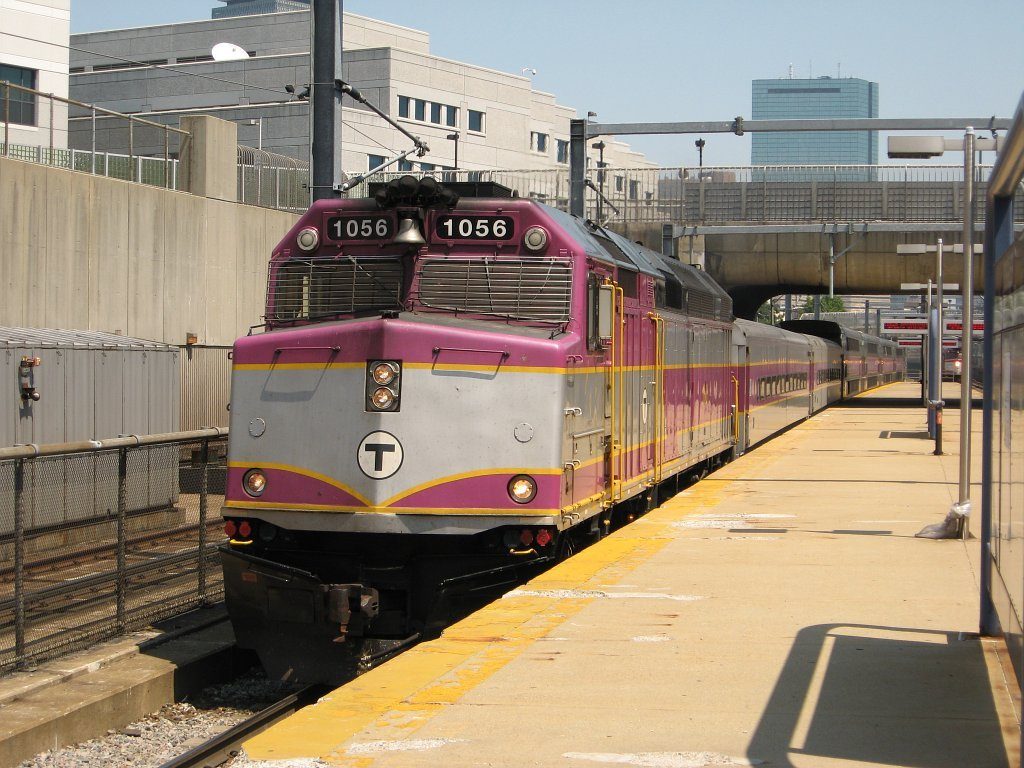 Unfortunately, there is no Amtrak train from Boston to Cape Cod.

However, from around Memorial Day through Labor Day, the MBTA (Boston’s public transportation system) offers a train line called the CapeFlyer that provides service to Wareham Village, Buzzard’s Bay and Hyannis. It also has coordinated schedules with a local ferry service, ensuring hassle-free travel to Martha’s Vineyard and Nantucket.

The CapeFlyer is quite convenient because it means you don’t have to suffer through busy weekend traffic out of Boston. Depending on your stop, this service costs between $35 to $40 round trip, with children under 11 riding for free. The ride takes about 2 hours and 20 minutes in total.

Be on the lookout for summer specials on tickets, which can drop as low as $15 for same-day travel.

One important caution: The CapeFlyer only runs on the weekend (Friday, Saturday, Sunday).

Boston to Cape Cod by Ferry 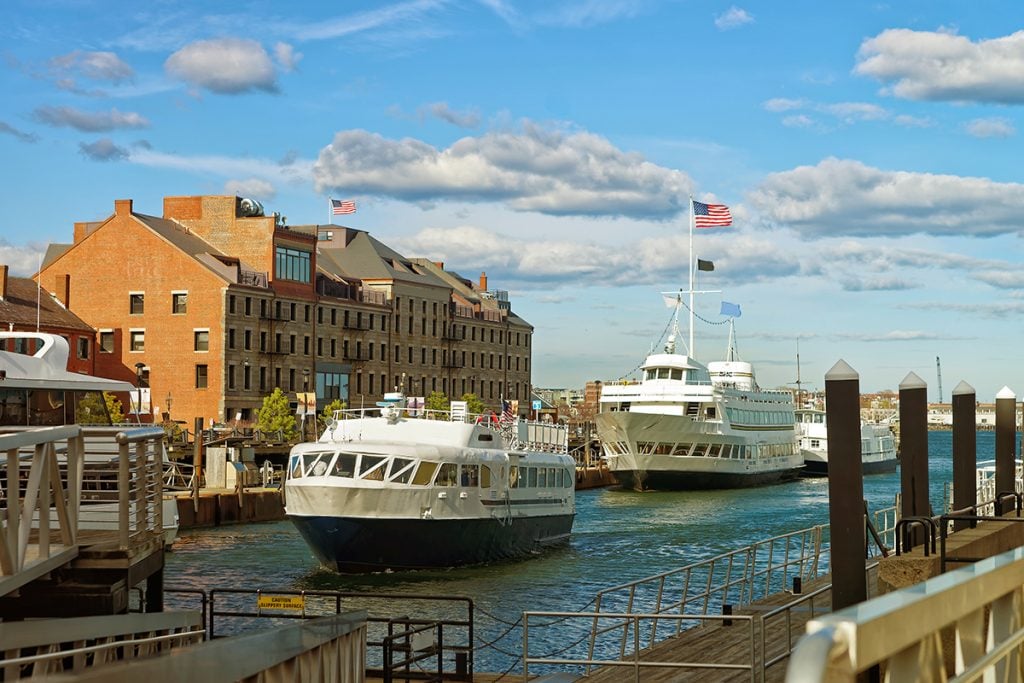 If water transportation is more your speed, there’s a boat for that.

Boston Harbor Cruises offers a very convenient ferry from Boston to Cape Cod that departs from Boston Harbor and docks at Provincetown for $47.50 one way. To make things easy, you can book the ferry to P-town on Wanderu!

Not only is this ride nonstop and traffic-free, but you’re treated to a terrific view of Cape Cod Bay (as well as the Boston skyline) as you sail over into P-town.

One thing to note – this ferry is not capable of transporting vehicles, so if you want to bring your car, this isn’t the option for you.

Boston to Cape Cod by Plane

For those truly in a hurry, and willing to spend a little more money, there are flights available out of Boston Logan International Airport to Cape Cod and the Islands.

The most popular airline is Cape Air, which offers flights from Boston to Hyannis, Provincetown, Martha’s Vineyard and Nantucket.

While flights vary in price based on time of year and day of week, you can expect to pay between $75 and $150 per ticket, and the flight itself lasts just about 20 to 30 minutes.

Boston to Cape Cod by Car

We’ve already discussed the different forms of transportation you can take to the Cape. In each of those instances, the bus, ferry or train company does the navigating, and you can just sit back and relax. But if you’re feeling compelled to drive your own vehicle to Cape Cod, here’s how you can get there:

The fastest way is to take I-93 South from Boston, then merge onto MA-3 South and US-6 East to MA-132 S/Lyannough Road in Barnstable. Without traffic, the drive is about 70 miles and takes around 1 hour and 20 minutes.

That said, heavy traffic toward the Cape can be expected, especially in the summer, or if you’re traveling on, say, a Friday afternoon.

An alternative driving route takes you south on I-95 to I-495 South, before merging onto MA-132 South/Lyannough Road in Barnstable as you would on the other route. This drive is about 82.5 miles in distance, and would take around 1 hour and 30 minutes without traffic.

While general parking is free or metered throughout many of the towns and villages on Cape Cod, beach parking may require a fee. Check the Visit New England website to learn more about which beaches require a parking fee and how much you can expect to pay.

Getting Around the Cape

Once you’re on Cape Cod itself, getting around is a breeze thanks to the Cape Cod Regional Transit Authority.

From anywhere on the Cape, if you spot a CCRTA bus, you can flag it down without even needing to be at a stop (the one exception being along busy Route 6). After being picked up, simply inform the bus driver of your destination and they will take you where you need to go.

Fares vary depending on your trip, but generally you can expect to pay $4 or less per person. Insider tip: if you’re planning on jumping around a lot, a day pass may be a good idea.

Depending on your method of transportation, the longest it should take you to get to Cape Cod from Boston is two and a half hours. (Barring any truly horrible traffic jam that has you in a standstill.) That means a day-trip from Boston to the Cape is very feasible.

If you set out in the morning, you can expect to get 8 to 10 hours of daylight on the Cape while still making it home before midnight.

Things to Do on Cape Cod 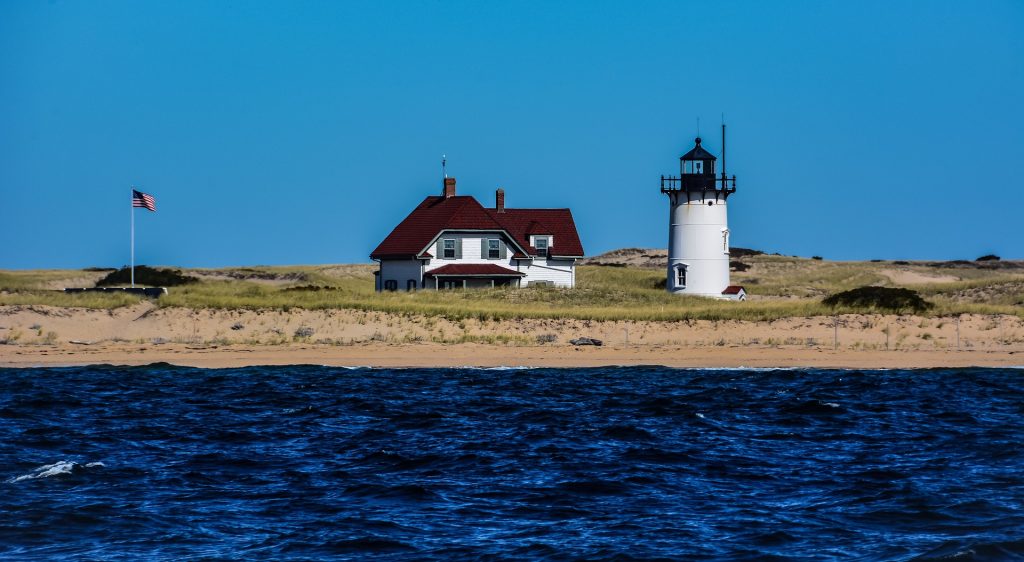 With nearly 560 miles of coastline—that’s 115 individual beaches covered in pristine, ivory sand—Cape Cod is a vital vacation destination for those in New England and beyond.

Before planning your trip, know that the beaches facing Cape Cod Bay have calmer waters, and tend to be warmer overall (Buzzards Bay being the warmest). Those on the east side of the Cape, facing the Atlantic Ocean, have a stronger surf and tend to be on the chilly side. And with miles of Cape Cod National Sea Shore to explore, prepare to stretch your legs on a long walk, or even take a guided dune tour.

Cape Cod is a whale-watching Shangri-La: If you venture out on a whale watching tour, species you may encounter include orcas, finbacks, humpbacks, right whales and more. Such an adventure makes an excursion from Boston to Cape Cod well worth your time. The best spot to go whale watching is at Race Point in Provincetown.

If you’re more of a cyclist, tread the famous 22-mile long Cape Cod Rail Trail, a bike trail that offers beautiful views along the way. (Bonus: You get to work off that lobster roll.)

Besides simply enjoying the nature of the area, the Cape is rich with history. Learn all about its nautical past at the Cape Cod Maritime Museum, or get your Kennedy fix at the John F. Kennedy Hyannis Museum. Other fun museum options include the Whydah Pirate Museum in Plymouth, as well as the Woods Hole Science Aquarium where you can wave at seals and stroke the crustaceans in the touch tanks.

For more information, check out our article on traveling from Providence, New York or Boston to Cape Cod, and visit Wanderu for more cheap bus or train tickets to your dream vacation destinations!

15 Travel-Themed Movies That Will Satisfy Your Wanderlust

What to Do if You’re Stranded During Coronavirus

15 Free Things You Can Do in Vancouver, B.C.