Take a Virtual Tour of Every National Park in the Midwest

We scoured the internet to discover the best virtual tours of each of the 62 U.S. national parks and compiled them in one place for your convenience.

In this section, we’ve grouped all national parks in the Midwest region. These parks will take you on a journey to the states of Arkansas, Indiana, Michigan, Minnesota, Missouri, North Dakota, Ohio and South Dakota.

From self-guided tours on Google Earth and high-definition video expeditions on Google’s Arts & Culture portal to live webcams and a rich variety of documentaries and dynamic videos uploaded by park enthusiasts on YouTube, these virtual journeys will transport you to the most beautiful and exciting destinations for outdoor adventures across the Midwest, allowing you to get a taste of America’s truly unique and highly diverse natural wonders. 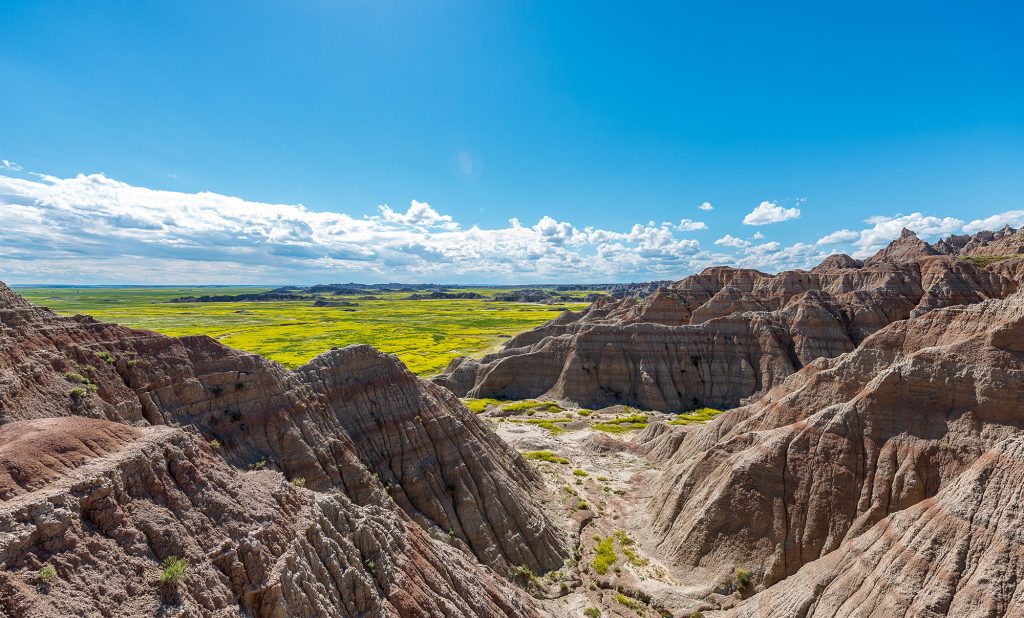 Badlands National Park is one of the two national parks located in South Dakota. Its unique terrain is characterized by layered rock formations, steep canyons and towering spires. The park’s most popular feature is the Badlands Loop Road. It allows visitors access to some of the park’s most scenic landscapes, offering a truly one-of-a-kind visual experience. Some of the animal species found here include bisons, bighorn sheep and prairie dogs. 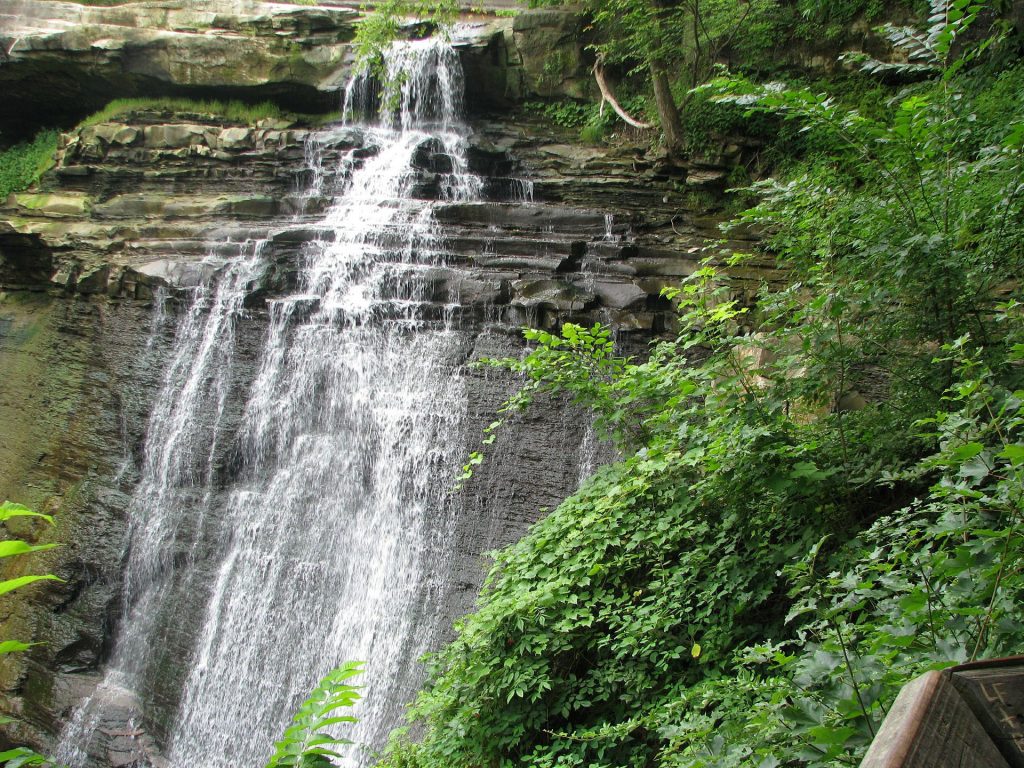 Cuyahoga Valley National Park is located in Northern Ohio and occupies the area along the Cuyahoga River. Unlike most other national parks, Cuyahoga Valley is located between two densely populated urban areas – the cities of Akron and Cleveland. The park’s nature is characterized by sprawling forests, rolling hills, narrow ravines, and several gorgeous waterfalls, including the popular 65-foot tall Brandywine Falls.

The park has numerous hiking trails, most notably the 20-mile Towpath Trail that follows a stretch of the former Ohio and Erie Canal. Some of the wildlife species that inhabit the Cuyahoga Valley National Park include raccoons, muskrats, coyotes, skunks, red foxes, bald eagles, and peregrine falcons, among many others. 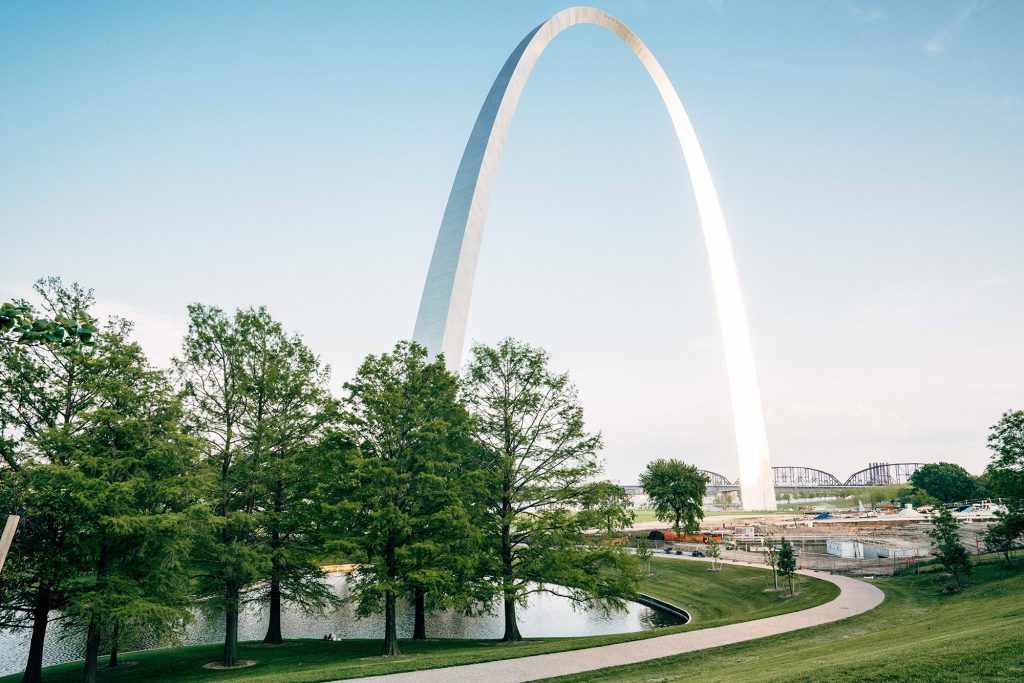 Gateway Arch National Park is the only U.S. national park located in the middle of a densely populated urban area. In this case, that is the city of St. Louis, MO. Named after the city’s iconic arch that serves as its centerpiece, the area was originally a national memorial before it was redesignated as a national park in 2018.

The park is famously located along the Mississippi River that flows right through St. Louis. Aside from the eponymous arch, the park features the city’s Old Courthouse, as well as the museum at the Gateway Arch. 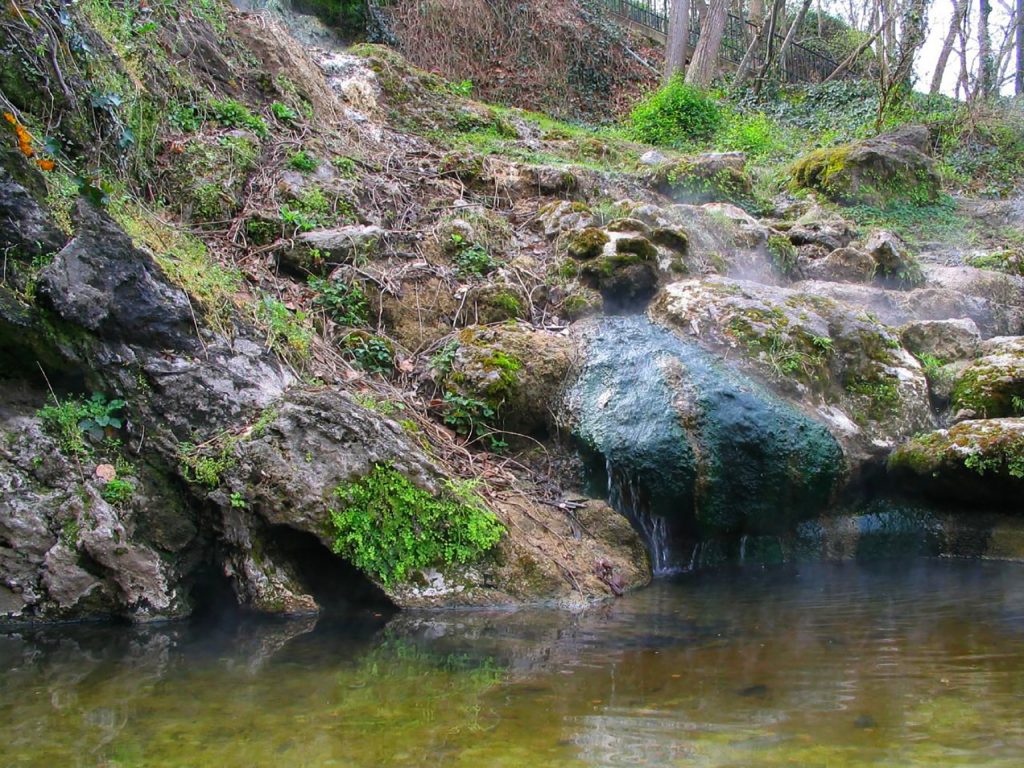 Hot Springs National Park is located in the Garland County of Arkansas and is the oldest national park maintained by the National Park Service. The most prominent features of the park are the various natural hot spring pools found throughout the area. Known as The American Spa, the area’s thermal springs are famous around the world for their therapeutic properties and have been used to treat rheumatism among other physical ailments. 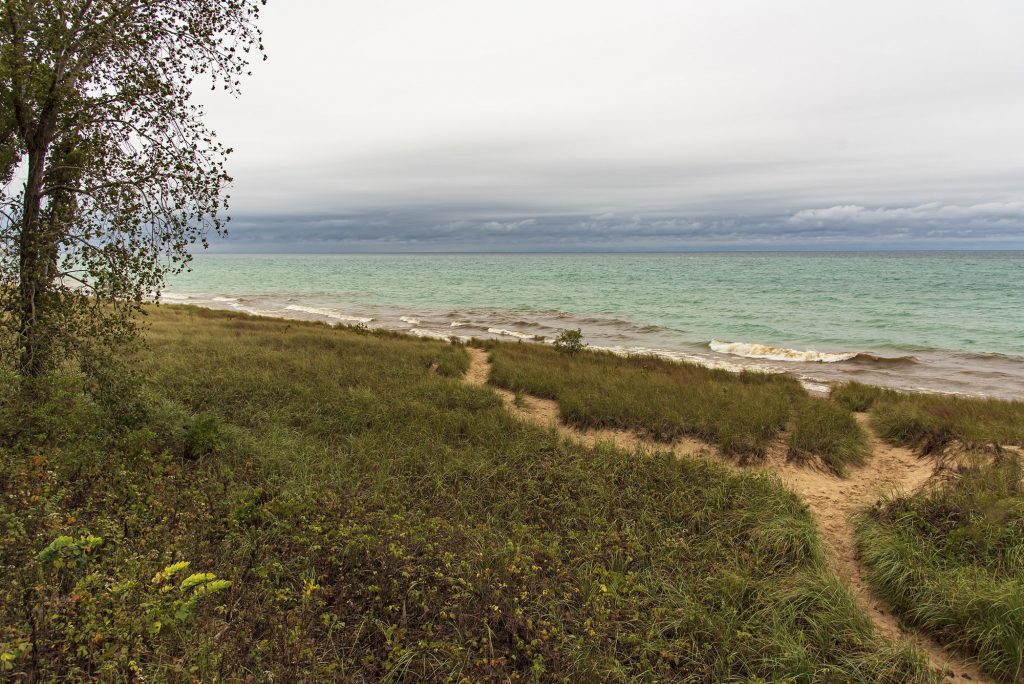 Indiana Dunes is a national park located along the southern shore of Lake Michigan in Northern Indiana. As the name suggests, the park’s terrain consists largely of sand dunes, as well as wetlands and prairies.

The park is home to several rare plants, including mead’s milkweed and pitcher’s thistle – both types of plants are on the Federal List of Threatened and Endangered Species. Additionally, the park also hosts a number of endangered wildlife such as the Indiana bat, the Eastern massasauga rattlesnake, the red knot, and the piping plover. 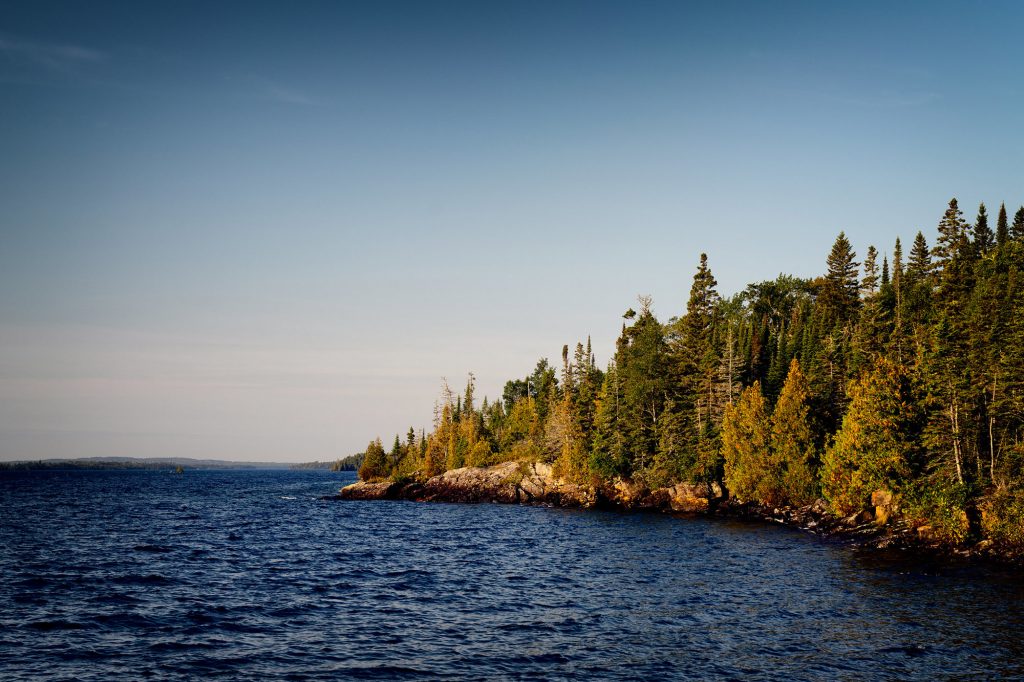 Isle Royale National Park is located on an island in Lake Superior near the U.S. border with Canada. It’s accessible only by boat or seaplane and no motor vehicles are allowed on the island. The area is most famous for the Greenstone Ridge Trail that links the Windigo Harbor on the island’s west side to the Rock Harbor in the east.

The park is defined almost exclusively by a wilderness of forests, lakes and waterways with moose and wolves roaming freely around the island. There are several popular dive sites near the park that feature various shipwrecks. 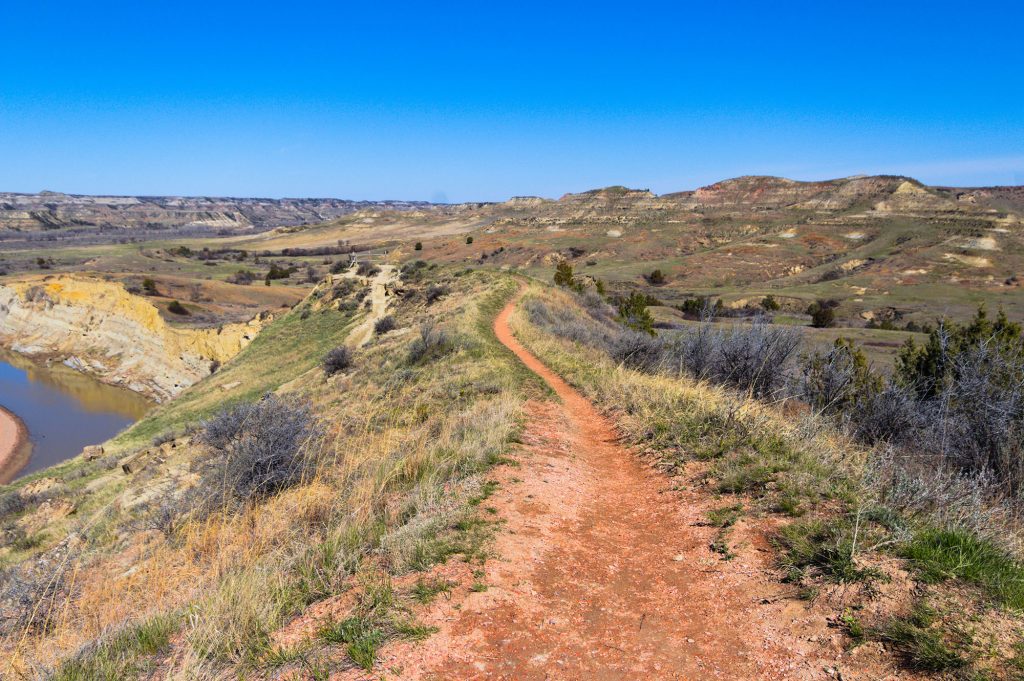 Theodore Roosevelt National Park is the only national park in North Dakota, serving as the meeting place for the Great Plains and the rugged Badlands. The park is best known for the scenic Painted Canyon and it gets its name from the Maltese Cross Cabin that once served as President Roosevelt’s residence.

The park offers many opportunities for hiking, camping and wildlife viewing, and the scenery varies greatly with the change of seasons. Some of the wildlife species you can find here include bisons, elks and prairie dogs. 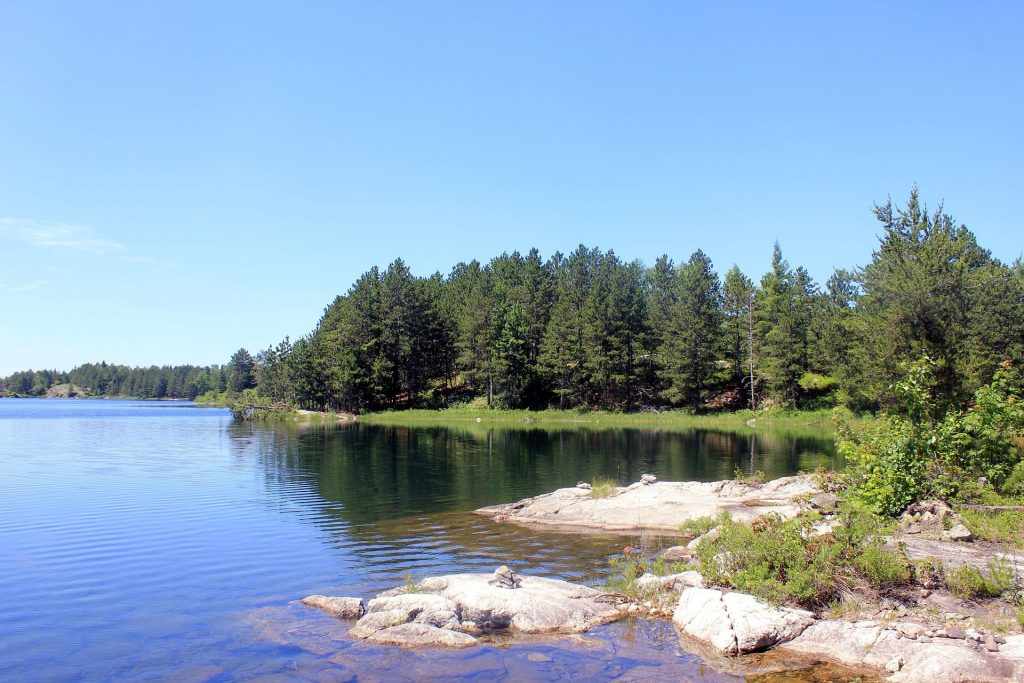 Voyageurs National Park is located on the northern tip of Minnesota near the Canadian border. The area is best known for the three big lakes that comprise the park – Rainy, Kabetogama and Namakan.

One of the most prominent features of Voyageurs National Park is Ellsworth Rock Gardens. A man-made development created by Jack Ellsworth, the gardens feature a series of abstract sculptures on a terraced outcrop near Kabetogama Lake. Another iconic location is the Kettle Falls. Located between Lake Namakan and Rainy Lake, the falls is most famous for the nearby red-roofed Kettle Falls Hotel and the fact that this is one of the few places in the contiguous 48 states where you can easily look over into neighboring Canada.

Wind Cave National Park is the other national park found in South Dakota. As you can probably guess, it is mostly defined by the large underground Wind Cave. The cave is famous for its honeycomb-shaped calcite formations. With over 149 miles of explored cave passageways, Wind Cave is one of the longest caves in the world.

Outside of the cave, the park features the largest natural mixed-grass prairie in the U.S., as well as a sprawling pine forest. Some of the area’s iconic wildlife include bisons, elks and pronghorn antelopes.

Come wander with us!

Wanna see the latest virtual tours & travel updates in your newsfeed? Follow us: