You are now able to book trips to 340+ destinations throughout Canada using Wanderu!

We are very excited to announce that we have signed a partnership with VIA Rail, Canada’s national rail passenger service, to help you get to even more places across North America fast and hassle-free. As of today, when you go to Wanderu.com, you are able to book VIA Rail tickets to more than 340 locations across Alberta, British Columbia, Manitoba, New Brunswick, Nova Scotia, Ontario, Quebec and Saskatchewan!

As you can see on the map above, Wanderu now helps you find and book bus and/or train travel tickets to the majority of Canada, including popular destinations such as Halifax, Ottawa, Quebec and Winnipeg, as well as additional travel options to major Canadian cities that were already a part of the Wanderu network like Montreal, Toronto and Vancouver.

See the complete list of all VIA Rail routes and destinations available on Wanderu here.

“VIA Rail travels daily to hundreds of destinations that no other carrier serves and that allows us to provide Wanderu users with many new opportunities to explore North America,” said Polina Raygorodskaya, CEO and Co-Founder of Wanderu. “More importantly, people from as far as California and Mexico can now easily travel to the northern part of the U.S. and all these places in Canada using Wanderu thanks to our unique routing technology that combines various bus and train travel options to build a convenient and affordable travel itinerary in case there aren’t any direct trips available from point A to point B.”

The Most Popular VIA Rail Routes VIA Rail is the second train travel provider that we have successfully integrated into our search engine over the past year. A few months ago, we announced a partnership with U.S. passenger rail service Amtrak, adding over 8,000 routes to the ever-expanding system of Wanderu.

VIA Rail train tickets are available both online at www.wanderu.com and through Wanderu’s smartphone app for iOS and Android, as part of our ongoing efforts to make travel booking more efficient and less stressful for you.

Go to Wanderu.com or download the FREE Wanderu app to find and the book the best deals on bus and train travel today! 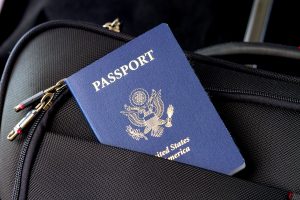