Writer and historian Wallace Stegner called America’s National Parks system, “the best idea we’ve ever had.” And loads of people seem to agree: America’s 62 National Parks receive more than 300 million visitors a year. (To put that in perspective, the current population of the United States is 327 million.)

Those that go to these sacred natural spaces commemorate their visits with passport stamps, fabric patches, pins, magnets — and, of course, Instagram posts. Whether it’s a windy summit snap or an #outofoffice humble-brag, nothing brightens up your IG feed like a hit of natural beauty.

At Wanderu, we highly encourage these environmental expeditions. With cheap deals on bus and train tickets (the most eco-friendly way to get from A to B), places like Glacier National Park, the Great Smoky Mountains and the Grand Canyon become accessible to influencers and average adventurers alike.

It’s an important distinction: The most Instagrammed are those that’ve been posted the most total times, while the most Instagrammable have received the most love relative to their number of visitors. With that in mind, we pulled in data from the National Parks Service and tallied up the hashtags on Instagram itself (read our full methodology). The results are the rankings below.

Jump to the Most Instagrammable National Parks ranking

The Most Instagrammed National Parks

Not a lot of surprises at the top here — except for Joshua Tree. This Southern California gem has an online presence on par with much more iconic parks. The others represent a veritable National Parks Bucket List (which we highly recommend having), comprising the superstars of the natural world. Here are some tips on how to enjoy (and photograph) the Top 5 in original ways, dodging the traffic jams while you’re at it.

This California park and its soaring granite cliffs are part of the reason there’s a National Park System in the first place: both John Muir and Theodore Roosevelt were enamored of the place. While Yosemite continues to post record annual attendance, the majority of visitors spend their time in Yosemite Valley, posting pics of the iconic El Capitan and Yosemite Falls.

To get away from the traffic, jump on a free shuttle to the Mariposa Grove of Giant Sequoias — home to more than 500 of the behemoth trees — and take a walk on the quiet side. Elsewhere, Hetch Hetchy rivals the Valley’s splendor with much fewer visitors, and Tuolumne Meadow, the highest meadow in the Sierra Nevada, offers a more serene and subtle experience at 8,600 hundred feet. Even if you only have one day in Yosemite, you’re definitely going to find jaw-dropping scenery to add to your feed.

This natural wonder may get crowded with visitors clicking selfies, but remember this: the Grand Canyon is 277 miles long. So if you’re looking for a more original shot than the typical South-Rim pose, you’ll definitely be able to find it.

To get an insider’s perspective of the park, consider signing up for one of the day hikes, overnight trips, or informative classes hosted by the Grand Canyon Conservancy. Your followers will appreciate your beautiful photography and your newfound natural and historic insight. If you’re OK with crowds, check out the Skywalk Glass Bridge, a glass-floored horseshoe-shaped bridge that extends 70 feet over the canyon below.

For a new perspective of one of America’s oldest parks — and for stunning photo opportunities — visit Yellowstone in the winter. Planning during the snowy season is trickier, but pays off in the form of fewer crowds and steamy pics (of geysers, obviously). Get inspired with the best way to spend 4 days in Yellowstone.

Because most roads in and around the park are closed during the winter, you’ll need to traverse Yellowstone on skis, snowshoes, snowcoaches or snowmobiles. You can find those last two via the park’s authorized tour companies, which take participants into the backcountry to see the snowy sights. During the cold months, two of the park’s lodges keep the home fires burning — Old Faithful Snow Lodge and Mammoth Hot Springs Hotel.

If you took Instagram’s word for it, you’d think Joshua Tree was just a place to model your new athleisure and recharge your crystals. Oh! And post yet another picture of those gnarly trees. But trust us, there’s more to do in this park than getting your tarot cards read.

To start, visit skull rock, a boulder that resembles a… well, you know 💀 Then set off in search of the amazing creatures that make this inhospitable place their home. Mojave Desert Tortoises, kangaroo rats, pocket gophers and the handsome California tree frog are sure to add an “awe” and “aw” factor to your feed. You can also choose to unplug and unwind for a Californian weekend getaway at one of several retreats in Joshua Tree. However you choose to enjoy this national park, remember two things: bring water (it’s hot) and leave the pup at home (it’s hot).

The East Coast’s lone representative on this list, the Great Smoky Mountains really are great, and here’s why — they’re super accessible. A relatively short drive from the major metropolitan areas of Atlanta, Charlotte and Knoxville, GSMNP is one of the easiest parks to get to. And filled with more than 99 things to do in the Great Smoky Mountains!

And while this does ensure a healthy annual attendance, that doesn’t mean you have to endure the hordes of tourists. Trade four wheels for two feet and see if you can find one of the park’s many cemeteries. Or, do go chasing waterfalls, and set out to snap a photo of as many of the park’s 100 waterfalls as you can. (Pro tip — for solitude, avoid the waterfalls with a parking lot.)

Just outside the park, Gatlinburg is a kitschy (and affordable) can’t-miss.

The Most Instagrammable National Parks

These parks are so beautiful that almost everyone who visits posts about it online (judging by the hashtags, anyway). The rankings are based on the number of hashtagged photos found for each park on Instagram, divided by the number of annual visitors to the park. Here’s how to enjoy the exceptional Top 5 — and where you’ll find the perfect shot.

Two words: grizzly bears. You want ‘em, North Cascades has ‘em. Located as far north as you can get in the Pacific Northwest, this park only saw 30,000 visitors last year (that’s an astounding 0.3 percent of the Great Smoky Mountains’ visitation).

This secluded, rugged landscape of glaciers and alpine lakes provides refuge for other animals you’d be hard-pressed to find elsewhere in the US: wolverines, wolves, lynx, moose — the list goes on. To get your eyes (and your lens) on this wildlife safely, check out the many authorized outfitters that will escort you into the backcountry using various modes of transport, including llamas (!).

This California classic is home to the tallest trees in the world, but there are lots of other reasons to visit. To catch a glimpse of nearly all of them, spend a day combining the James Irvine Trail and Fern Canyon Loop. You’ll see the park’s namesake, of course, but also verdant coastal spruce forests.

Perhaps more beautiful are the fern-covered walls of the appropriately named Fern Canyon — like all your house-plant dreams come to life. Turn around (or set up camp) at Gold Bluffs Beach, which offers a stunning view of the Pacific Ocean.

After being slammed with back-to-back Category 5 hurricanes in September 2017, this national park has seen a major decline in visitation. All the more reason to knock this one off your National Parks bucket list. While other parks make you work for the payoff (long hikes, tough climbs, etc.) Virgin Islands National Park will wow you as soon as you step off the ferry.

To enjoy this paradise, choose from a diverse menu of ranger-led activities, including birdwatching, beach yoga and lionfish safaris. Do not pass Go, do not collect 200 dollars, do not leave this tropic wonder without scuba diving or snorkeling. Underwater adventures can be planned through the Friends of Virgin Islands National Park website.

If it’s wildlife pics you’re after, the Everglades are for you. Step 1: Rent a bicycle from the Shark Valley Visitors Center. Step 2: Point and shoot. Along this 15-mile route (which you can also enjoy in the comfort of an hourly tram), you’ll see anhingas, spoonbills and limpkins (those are birds) and plenty of alligators, iguanas and snakes. Your followers will think you’ve traipsed deep into the jungle for these wild shots, when really you were sipping lemonade from your Schwinn.

Or perhaps you actually do want to traipse into the jungle? Try it by paddle, and camp on one of the park’s chickees — an elevated platform over water that makes for a memorable snooze.

And since saving money is everyone’s jam, consider exchanging your timeshare to stay near National Parks like the Everglades.

5. Gates of the Arctic National Park

On the other side of the climatic spectrum, this Alaskan park is virtually untouched — no roads or trails here. Instead, visitors have to arrive via prop plane or foot, blazing their own path (be sure to get permission before attempting the latter).

Once inside Gates of the Arctic, you’re free to roam where you will, but please do so carefully. According to the NPS: Dense vegetation, tussocks, boggy ground and frequent stream and river crossings are just a few of the challenges hikers and backpackers will encounter. The payoff? Sweeping mountain vistas, unique wildlife, (actually) endless summer days and sweet, sweet solitude.

Of course, no matter where you are, remember to be a good steward of these places. That means staying on the trail (yes, even when “over there” would make a great ‘gram), keeping the pup on a leash and taking your trash with you. You might even consider reading up on the debate over geo-tagging certain (overcrowded) locations. Whatever you do, remember that these public spaces are for everyone to enjoy. Our National Parks don’t just need our social media likes, they need our love, too.

And now that you’re well-informed, you can use the listings above to form your own National Parks Bucket List — and Wanderu will help you get there. (The idea for Wanderu was actually conceived when our co-founders were traveling to National Parks across the country, and realized there was no centralized bus-booking site to better coordinate their travel.) On Wanderu.com and the free Wanderu app, you can book bus, train or plane tickets to get close to (many) of these majestic sites.

You are welcome to use the information on this page, crediting Wanderu. If you do so, please link back to this page, so that wanderers around the globe can check out all the available data and find out how we came up with these rankings. 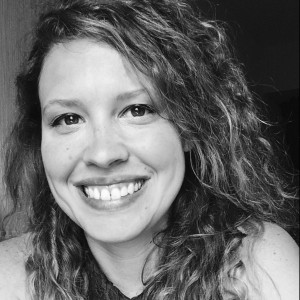 Ashley Stimpson is a freelance travel and outdoors writer based in Baltimore, Maryland. Her dream vacation would entail early-morning birdwatching, late-night cabaret, and a free upgrade to first class. 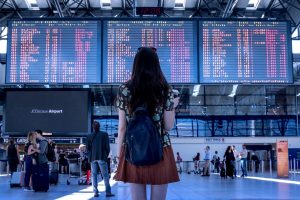 Ranking: The Best & Worst Airports for Food in the U.S.