We scoured the internet to discover the best virtual tours of each of the 62 U.S. national parks and compiled them in one place for your convenience.

In this section, we’ve grouped all national parks in the Pacific region. Here, you will find 17 national parks scattered across California, Nevada, Oregon and Washington, as well as the island state of Hawaii and the U.S. territory of American Samoa. The latter is home to the only U.S. national park south of the equator.

From self-guided tours on Google Earth and high-definition video expeditions on Google’s Arts & Culture portal to live webcams and a rich variety of documentaries and dynamic videos uploaded by park enthusiasts on YouTube, these virtual journeys will transport you to the most beautiful and exciting destinations for outdoor adventures across the Pacific region of the United States, allowing you to get a taste of the country’s truly unique and highly diverse natural wonders. 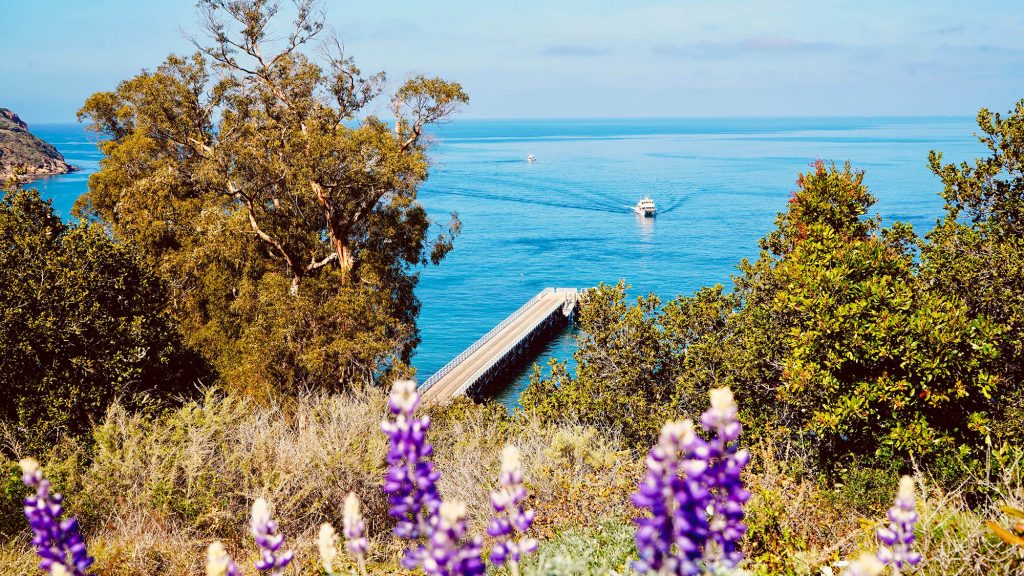 Located off the coast of Southern California, Channel Islands National Park is comprised of five islands – Anacapa, Santa Barbara, Santa Cruz, San Miguel and Santa Rosa. The islands are home to various natural and cultural resources, and because of that, they have been designated as a biosphere reserve by UNESCO.

On Anacapa Island, you will find a lighthouse built in 1932 along with trails that allow visitors to hike and see it up close. Santa Cruz Island offers several unique caves, including the large Painted Cave, while Santa Rosa Island is home to rare Torrey pines. Animal lovers should explore San Miguel Island where thousands of seals congregate, or Santa Barbara Island that attracts nesting seabirds. 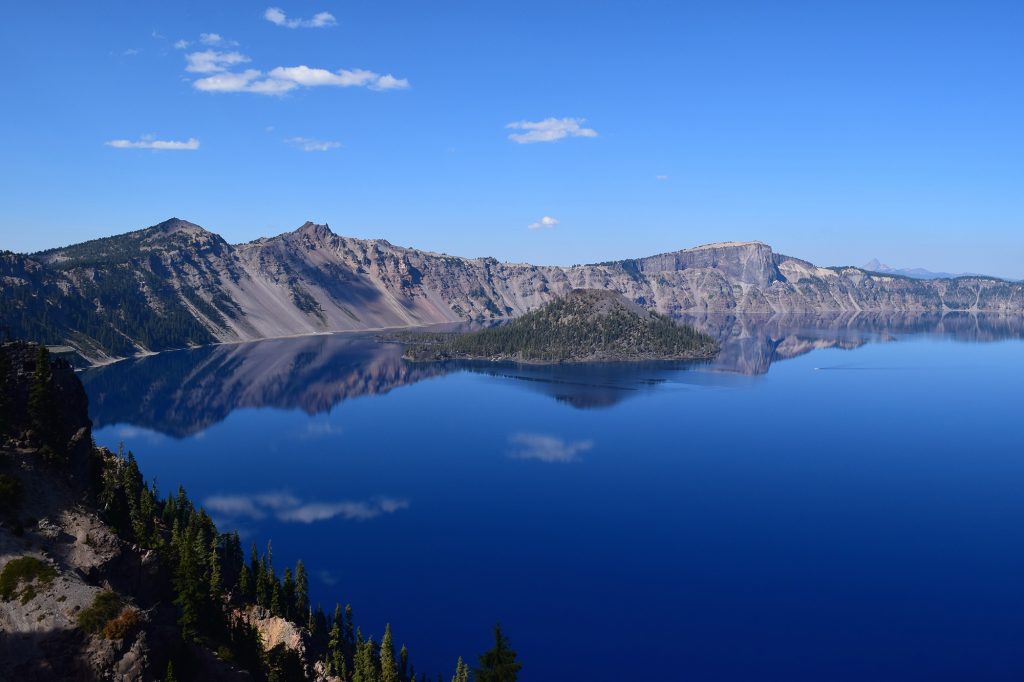 Crater Lake National Park is located in the Cascade Mountains of southern Oregon and it’s most famous for, you guessed it, Crater Lake – a gorgeous body of water formed in a collapsed volcano.

The park has numerous trails and roads popular with visitors because they open up scenic views to its gorgeous landscapes. One such trail is Sun Notch that offers direct outlook to the small island of Phantom Ship. Another one is the Rim Drive – a road that circles the lake, offering front row views of the park’s unique volcanic formations. 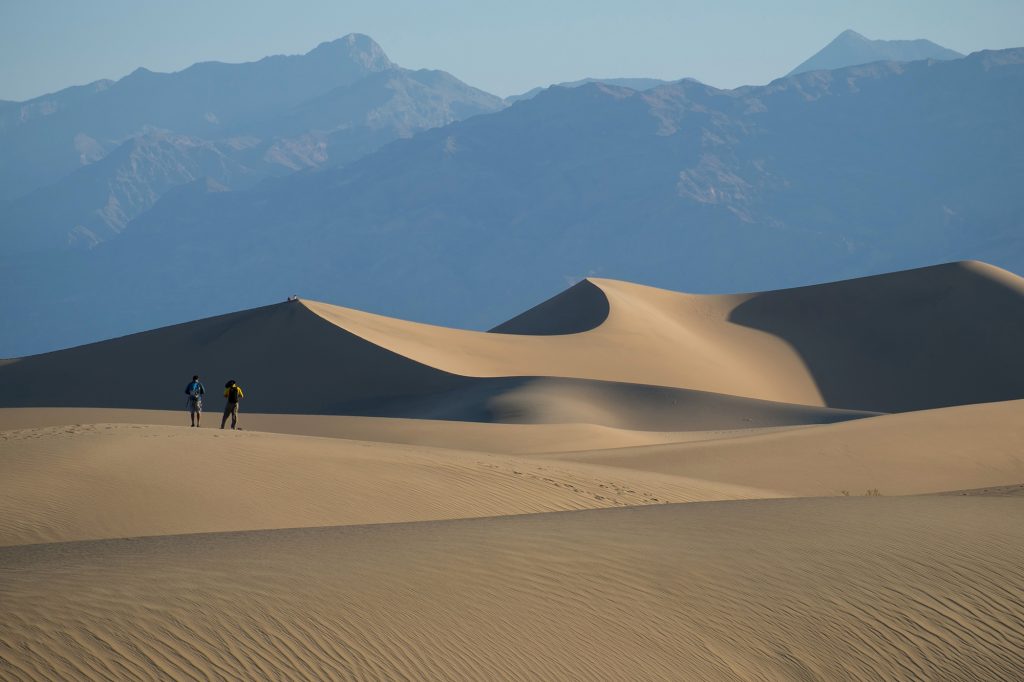 Death Valley National Park covers the middle section of California and Nevada, encompassing territories in both states. There are several iconic formations that attract visitors from all over the country. One of them is Titus Canyon, a limestone formation of colorful rocks. The canyon is most famous for being next to a couple of former mining towns that have been abandoned and turned into ghost towns.

Another popular attraction at Death Valley National Park is Badwater Basin which, at 282 feet below sea level, is the lowest point in North America. The name of the area comes from the small spring-fed pool that’s full of undrinkable “bad” water due to accumulated salts. 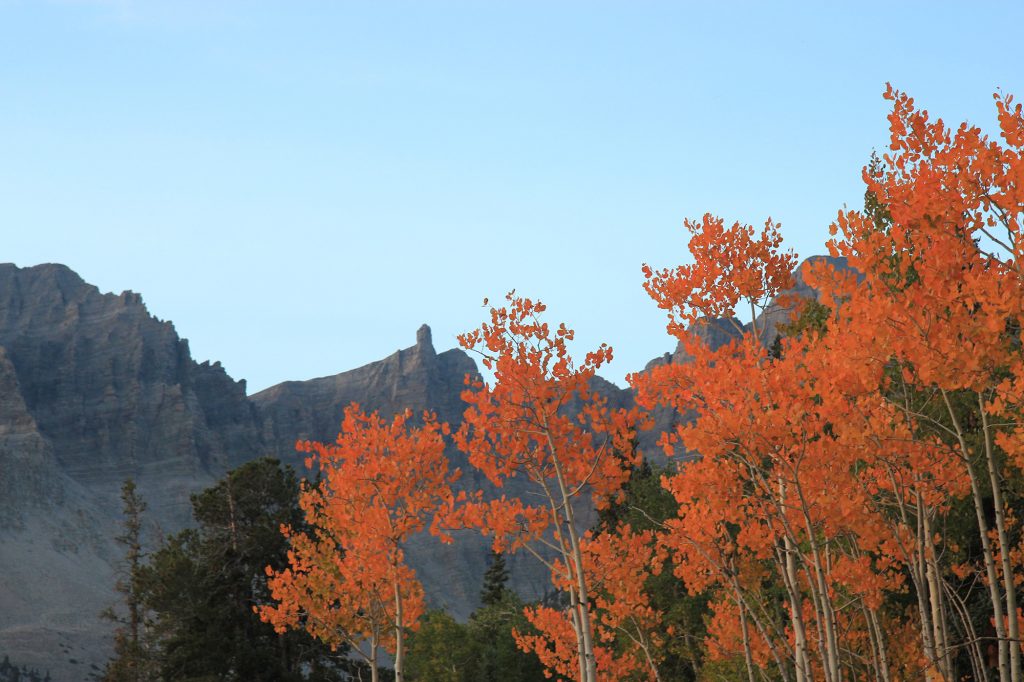 Great Basin National Park is located in eastern Nevada, not too far from the state’s border with Utah. As you could guess from the park’s name, it features the Great Basin Desert, as well as a large portion of the South Snake mountains.

The park’s nature is characterized by its groves of ancient bristlecone pines and for the famous Lehman Caves. The latter can be found at the base of the towering Wheeler Peak. Some of the animal species that inhabit the park include cougars, marmots, bobcats, jackrabbits, pygmy rabbits, and mountain cottontails, as well as over 200 bird species, among which hawks, sparrows and bald eagles. 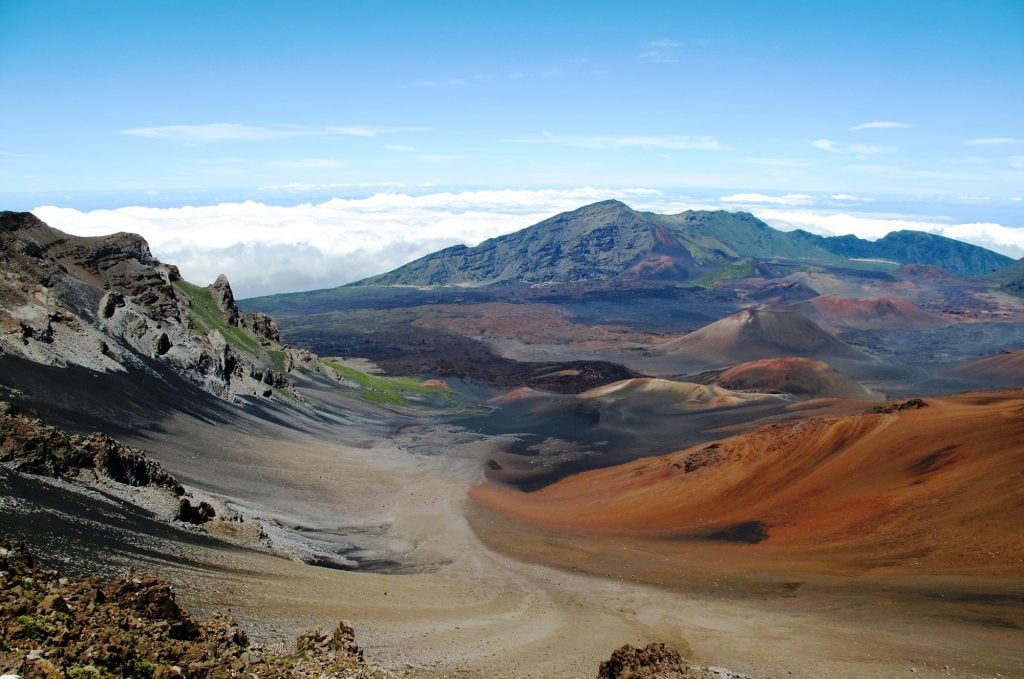 Haleakalā National Park is one of two national parks located in Hawaii. Here, you can find the dormant Haleakalā Volcano. The crater of the volcano is accessible to visitors and it’s one of the most popular spots to observe the sunrise or sunset. There are numerous unique volcanic features that you can examine along the crater’s interior, including large cinder cones.

Another popular feature of the Haleakalā National Park is Hosmer’s Grove, a forest covered with a unique collection of trees, including Himalayan deodar, Japanese sugi, Australian eucalyptus, and North American pine, spruce, cypress and fir. 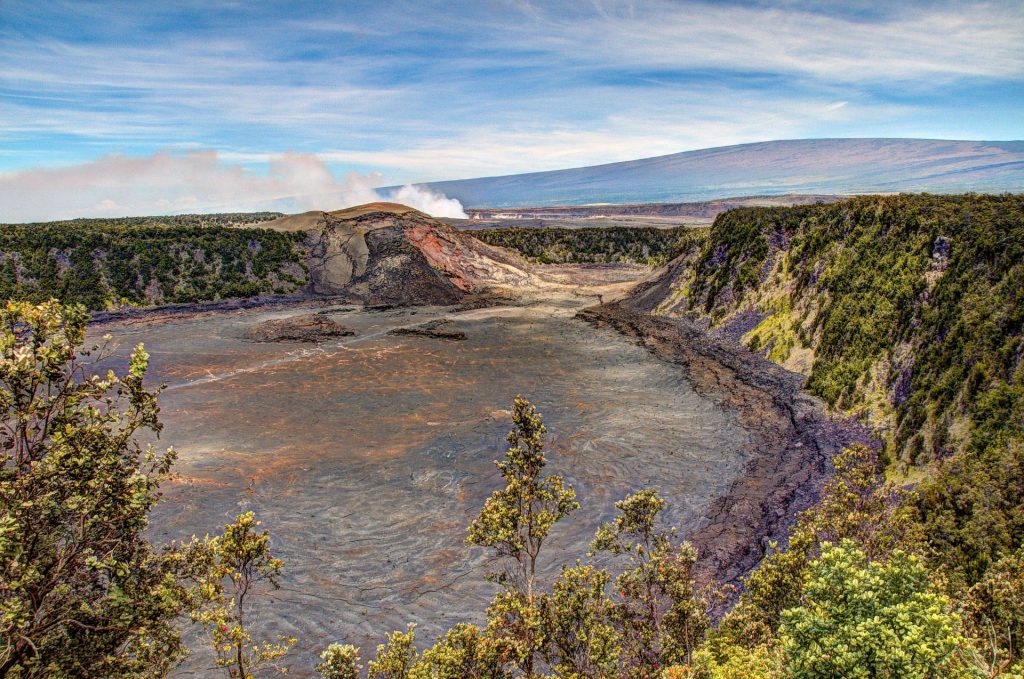 Hawai’i Volcanoes National Park is located on the Big Island of Hawaii and it encompasses two of the state’s active volcanoes, Kīlauea and Mauna Loa. As both volcanoes are active, the park offers a unique glimpse of dramatic volcanic activity and landscapes, as well as a one-of-a-kind look at rare plant and animal life.

Due to its distinctive natural features, the Hawai’i Volcanoes National Park has been designated as an International Biosphere Reserve and a World Heritage Site. 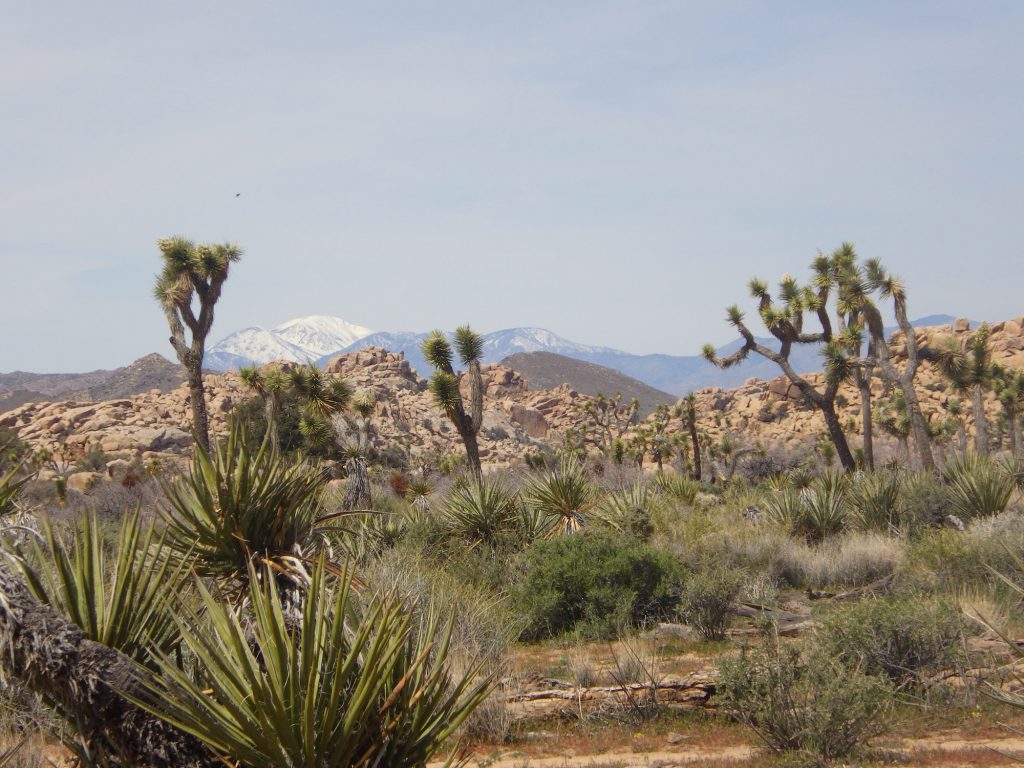 Joshua Tree National Park is located in Southern California, not far from Palm Desert. Characterized by desert landscapes and rock formations in various forms, the park is most famous for its unique Joshua trees that are native to the Mojave Desert. 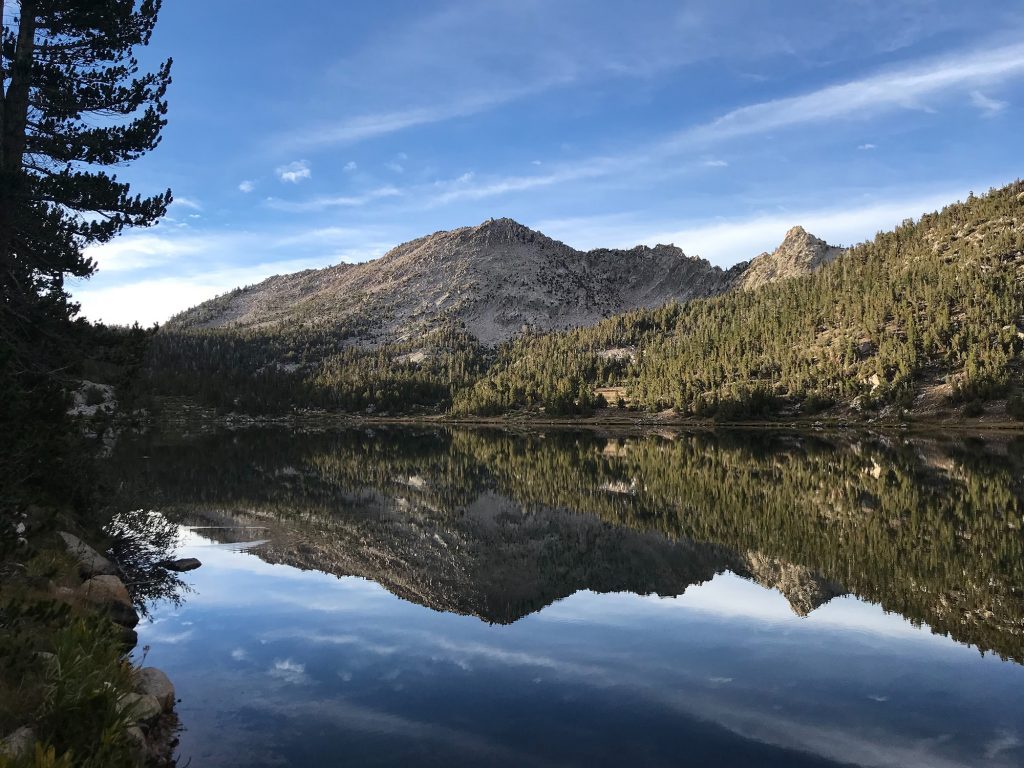 Kings Canyon National Park is located in central California and encompasses the southern portion of the Sierra Nevada mountain range. The park is contiguous with Sequoia National Park and the two are jointly administered by the National Park Service.

The park is named after Kings Canyon which is a glacier-carved valley that is more than a mile deep. Due to the rocky terrain, there are several waterfalls and watersheds that you can find here, including the Grizzly Falls and the Roaring River Falls. 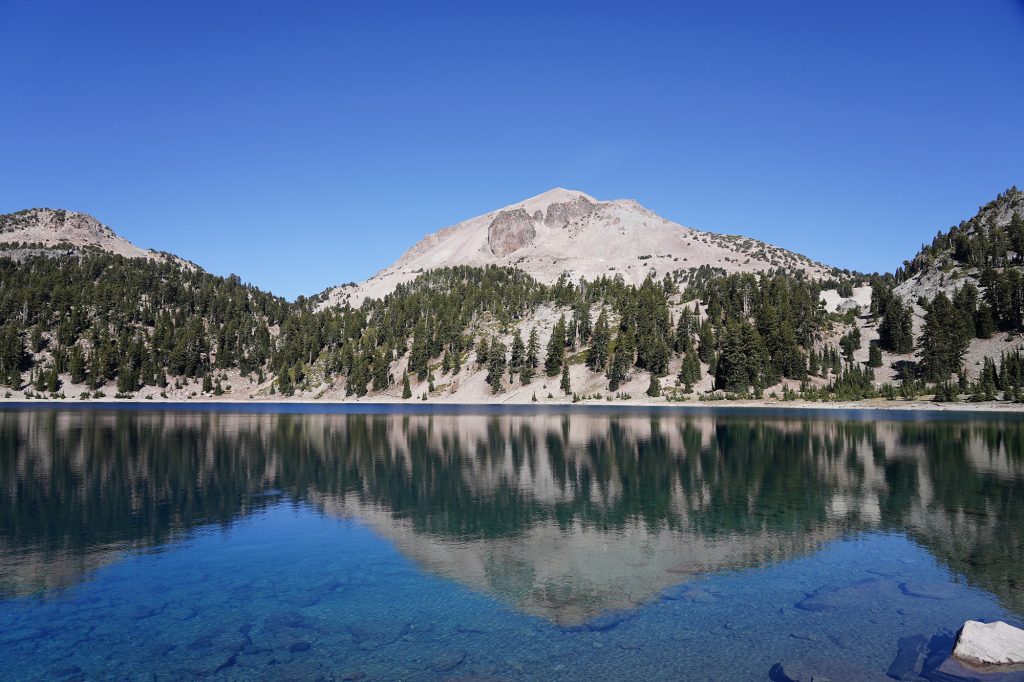 Lassen Volcanic National Park is located in Northern California and its named after its most outstanding feature, the Lassen Peak volcano. The volcano is part of the Cascade Volcanic Arc and it is the largest lava dome in the world. While it is considered asleep, the volcano’s magma chamber is still functioning, making it capable of eruptions.

Because of the volcanic activity in the area, the park is also rich in hydrothermal sites like Little Hot Springs Valley, Diamond Point, and Bumpass Hell. Apart from Lassen Peak, there are also four shield volcanoes in the park: Mount Harkness, Red Mountain, Prospect Peak, and Raker Peak. 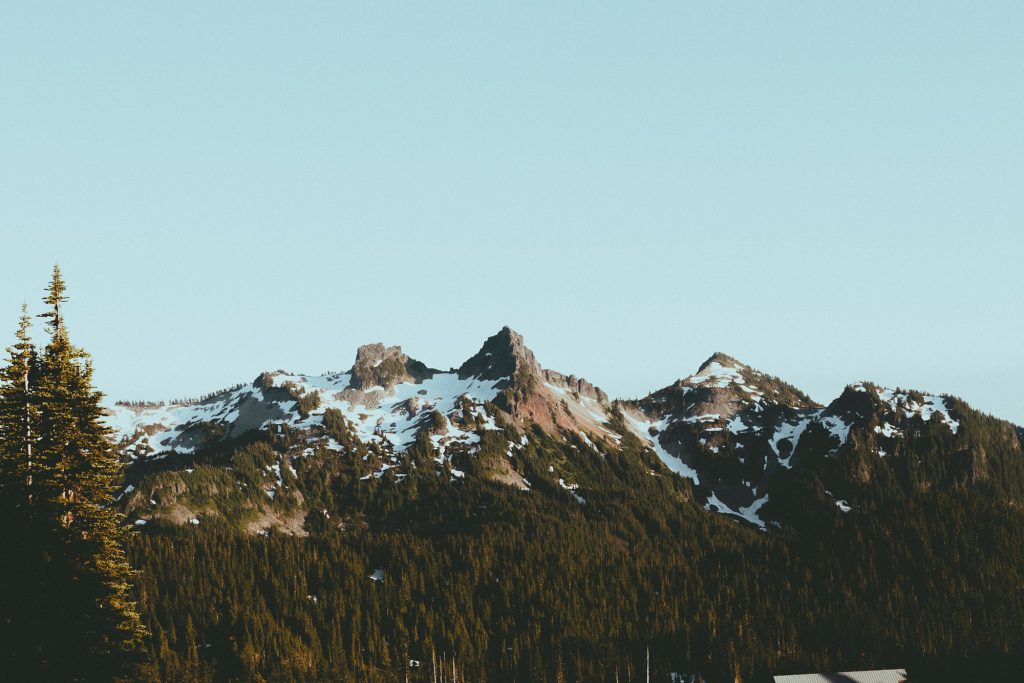 Mount Rainier National Park is located in Washington state not far from the city of Seattle and it is named after the active volcano that it encompasses. Mount Rainier is the highest point in the Cascade Range of the Pacific Northwest and it is largely covered with glacial ice.

There are more than 25 glaciers that cover the side slopes of the volcano, including Carbon Glacier (the largest glacier by volume in the contiguous United States) and Emmons Glacier (the largest glacier by area). The park is a very popular destinations for hiking and mountaineering, and features numerous valleys, waterfalls, subalpine meadows, and vast areas of old-growth forest. 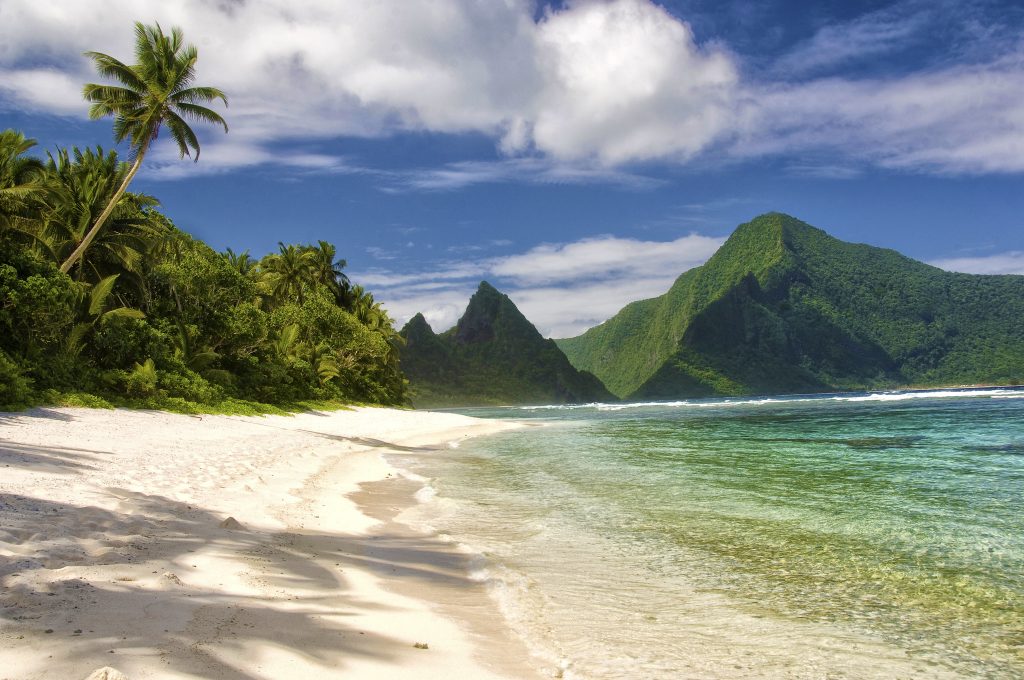 The National Park of American Samoa is the only U.S. national park south of the Equator. Encompassing three islands across the U.S. territory of American Samoa – Tutuila, Ofu and Ta’ū – the park was established to preserve and protect coral reefs, tropical rainforests, fruit bats and the Samoan culture. 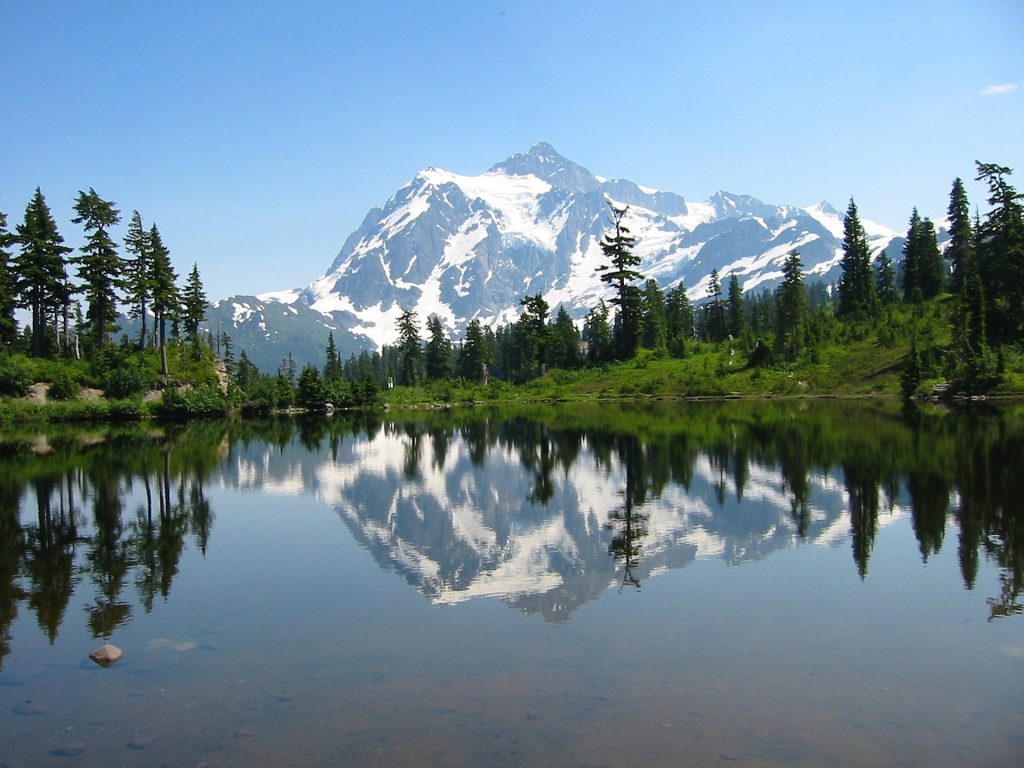 North Cascades National Park is located in northern Washington, not too far from the Canadian border. The park is almost entirely protected as wilderness and there are very few constructions or roads going through it. Its main natural attractions include conifer-clad mountains, glaciers and lakes.

The park is divided into two sections – northern and southern – by the Skagit River that flows right through the Ross Lake National Recreation Area. With more than 1,600 plant species found within its boundaries, North Cascades National Park has the highest degree of flora biodiversity among all U.S. national parks. 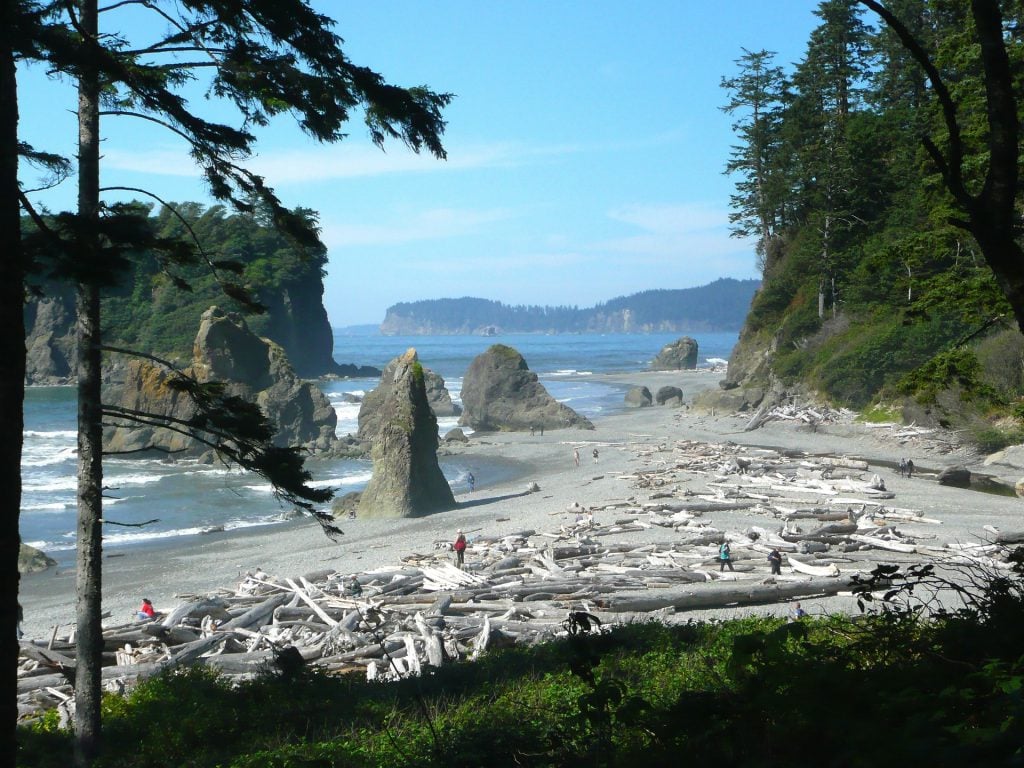 The park is a popular destination for outdoor enthusiasts, offering various opportunities for climbing, hiking and backpacking. The park has been designated as a World Heritage Site by UNESCO. 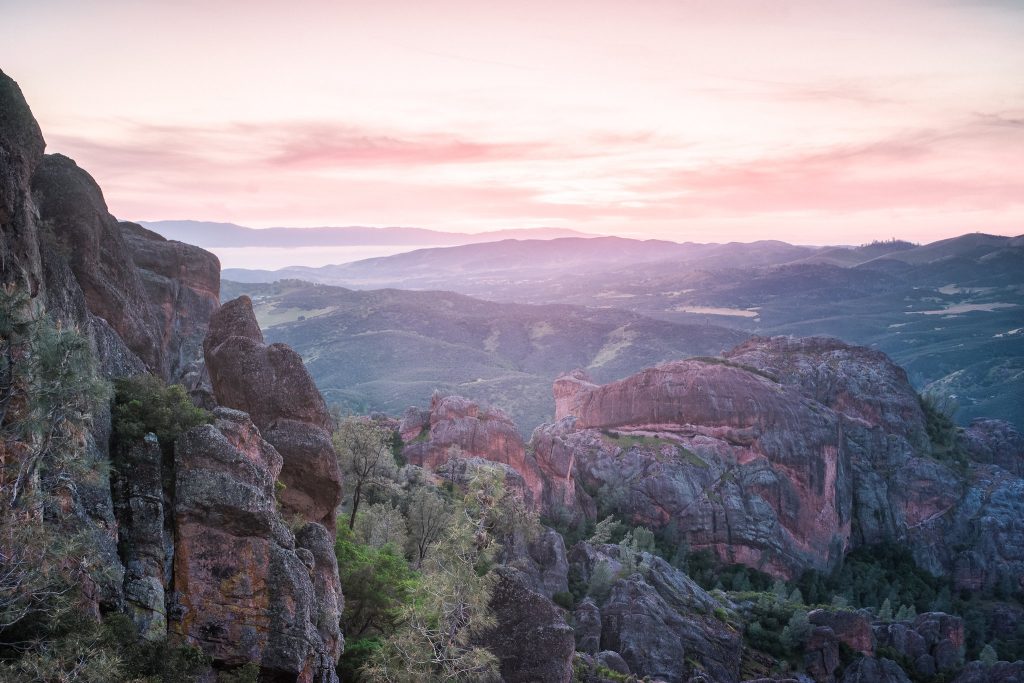 Located in Central California, Pinnacles National Park is famous for its numerous rock formations, known as pinnacles, that represent the eroded leftovers of an extinct volcano. The park is divided into into two parts, east and west, and the majority of it is protected as wilderness.

In addition to the rock formations that attract rock climbers, the park also features several unique talus caves. Pinnacles National Park is prime habitat for prairie falcons, as well as a release site for California condors. 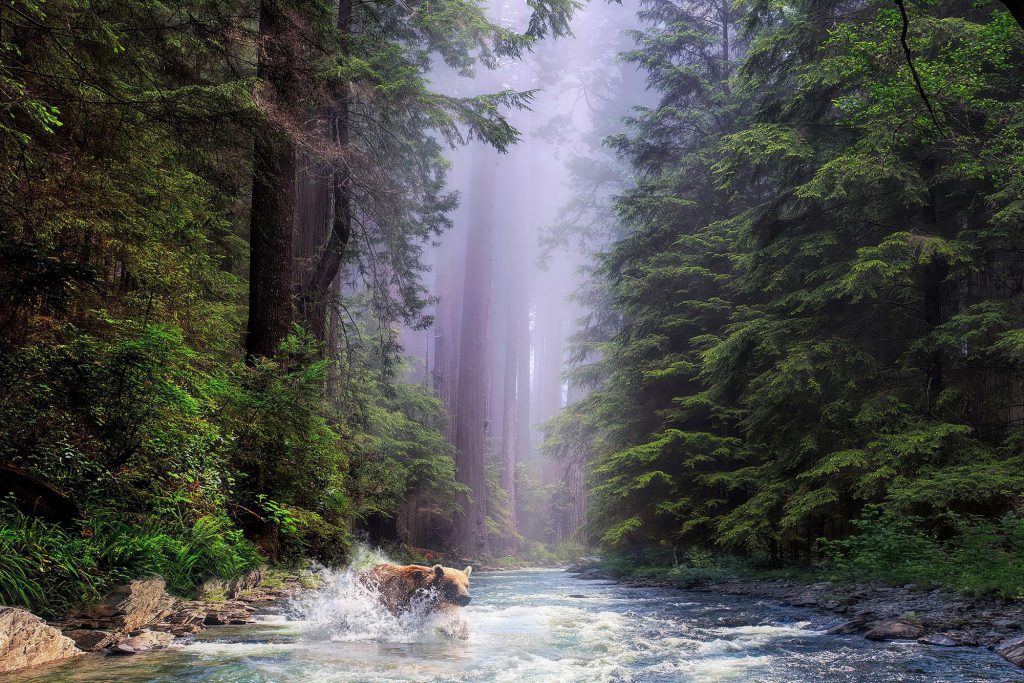 Redwood National Park represents a sprawling woodland system characterized by towering redwood trees. Located near the border with Oregon, the park serves as protection for several forests, beaches and grasslands in Northern California.

There are several threatened animal species that could be found here, including the tidewater goby, the Chinook salmon, the northern spotted owl, and Steller’s sea lion. As a result, the park has been designated as a UNESCO World Heritage Site. 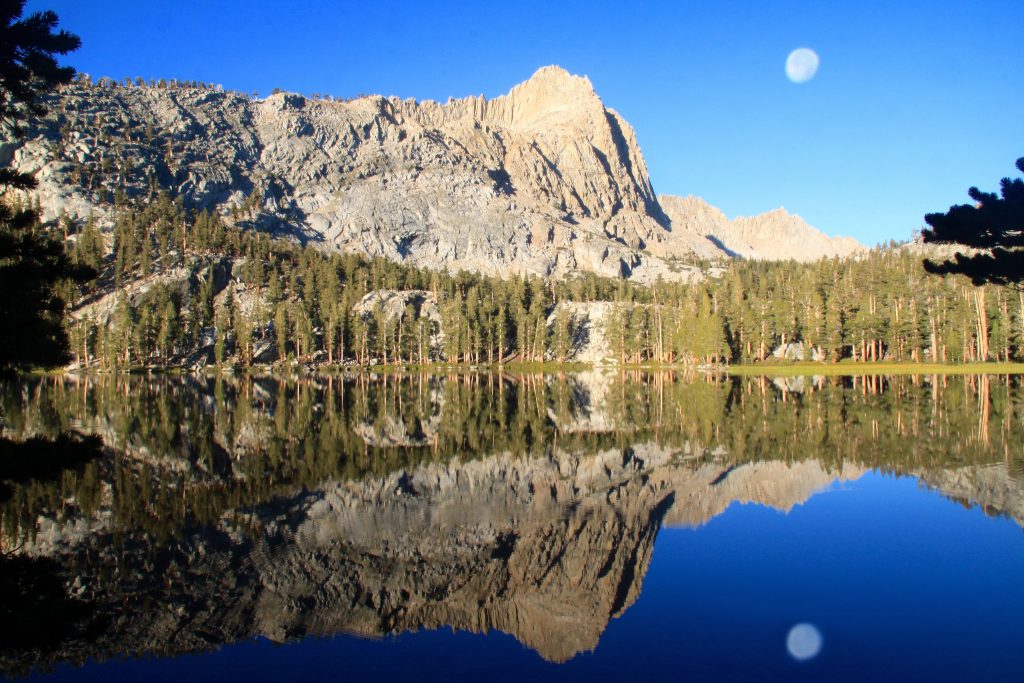 Sequoia National Park is located in Central California and is contiguous with its northern neighbor, Kings Canyon National Park. The two national parks are administered jointly by the National Park Service.

As the name suggests, the park is most notable for its giant sequoia trees. Here, you can find the General Sherman tree which is the largest tree in the world. In addition, the same forest where that tree is found, the appropriately named Giant Forest, also contains four more of the ten largest trees on Earth. 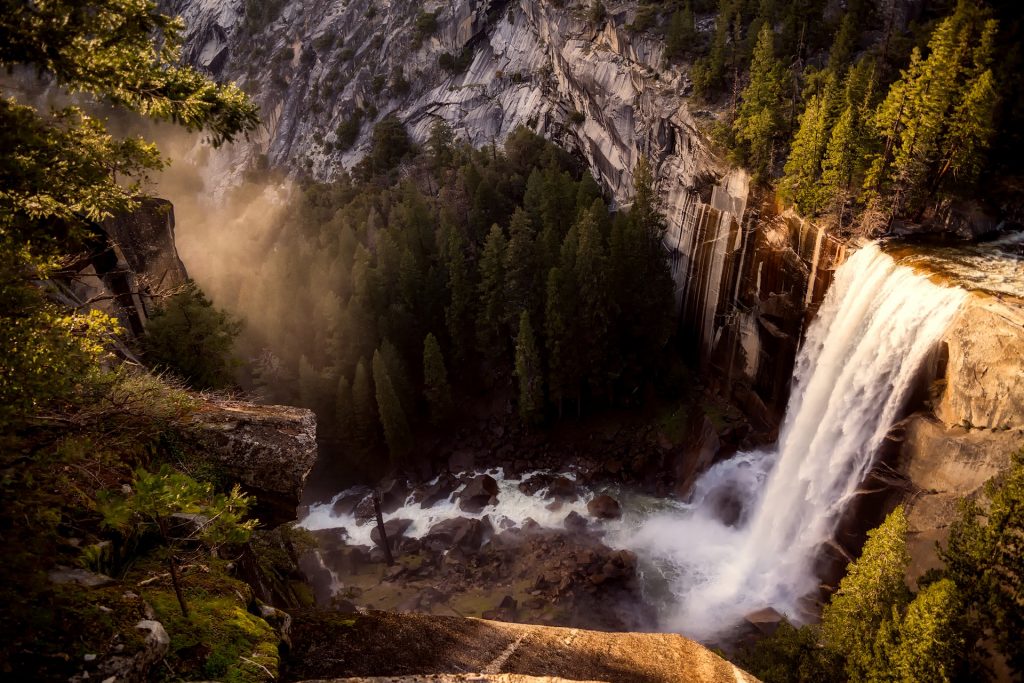 Similar to King Canyon and Sequoia National Parks, Yosemite National Park is located in Central California and is famous for its giant, ancient sequoia trees. One of the park’s most famous attractions is the Tunnel View, an iconic landmark that opens up unique scenic views of the majestic Bridalveil Fall, as well as the Insta-ready cliffs of El Capitan and Half Dome.

With an average of four million annual visitors, Yosemite National Park is among the most popular U.S. national parks, and it’s also the most Instagrammed of all national parks in the country.

Come wander with us!

Wanna see the latest virtual tours & travel updates in your newsfeed? Follow us: