How to get to Paris by train

Paris, the famous City of Lights, is the premier destination of choice for people visiting France. Boasting a rich cultural heritage and world-famous culinary traditions, Paris will certainly amaze visitors with everything it has to offer. The city’s star attraction is the famous Eiffel Tower, which was constructed in 1889. An architectural marvel that has stood the test of time, the Eiffel Tower is perhaps the most iconic landmark of Paris, and visitors can take an elevator to the top for a panoramic view of the city. Another must-see iconic landmark is the Musée du Louvre, one of the best art museums in the world. At the Louvre, visitors can marvel at more than 35,000 works of art, including the world-famous Mona Lisa. If you wish to stay away from the deafening crowd, Pere-Lachaise Cemetery, the largest green space in the city, will have what you need.

Paris’ food scene is rich and vibrant, brimming with both traditional bistros and chic new restaurants. For those who enjoy a rustic French vibe, the 2ème arrondissement offers some great selections. If you feel like splurging a little bit, head over to Guy Savoy, one of the best restaurants in town.

Paris is a central hub of transportation in France and Europe, in general. Visitors can catch trains to other cities at one of the six central stations: Gare du Nord, Gare de l'Est, Gare de Lyon, Gare d'Austerlitz, Gare Montparnasse, and Gare Saint-Lazare. The main bus station is Paris Bercy Bourgogne - Pays d'Auvergne located not too far from Gare d'Austerlitz. The principal airports in the city are Paris–Charles de Gaulle, Paris–Orly, and Beauvais–Tillé Airport. 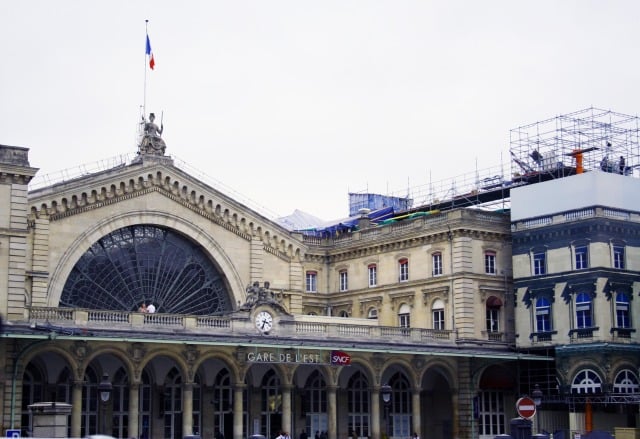 Paris Gare de l'Est, or Paris East Railway Station, is in the city's tenth arrondissement. It mainly operates rail services to eastern France, but also into other countries. Gare de l'Est was the departure point for the legendary Orient Express, and the columned facade is just as opulent as you would expect. Its 1840s structure is divided into several halls containing top brands and food outlets. The station is linked to Lines 4 and 7 of the Paris Métro and just a short walk from the Gare du Nord.

Located in France, Paris is accessible by train from 793 other cities. You can choose from 4604 daily scheduled trips when you search for trains to Paris on Wanderu. Deutsche Bahn usually has the most trains on any given day.

Looking for other ways to get there? Bus tickets to Paris are also available.

What is a good price for a train ticket to Paris?

$29.75 is the cheapest price for a train ticket to Paris, according to recent searches on Wanderu. You can use our search to check if this price is currently available on buses from your city to Paris. In the last month, trains from Saarbrücken to Paris had the lowest average price at $42.44.

Where is the train station in Paris, France?

The busiest train station in Paris is Paris Est. As Paris's main station, it has the most trains coming and going. However, a popular alternative is Gare du Nord.

Getting to Paris' Charles de Gaulle airport (CDG) by train is very simple. Many trains arrive at the Gare du Nord in Paris, or you can connect there via Paris’ metro.

Once at Gare du Nord, it's easy to get to CDG via train because the airport is served by a dedicated route, the RER B. Depending on whether or not your train is an express rail, the ride takes between 20-30 minutes. This route is extremely popular and operates from 5:00 am to midnight daily, arriving in a station underneath terminal 2.

How do I take the train to Paris?

It also ranks number 19 in France. Paris has the most train connections in the region. There are 39 train schedules arriving in Paris each day.

How much do train tickets to Paris cost?

Train tickets to Paris range from for a short trip to Paris, while a 60 to 200 mile train trip to Paris starts at , and a longer trip by train to Paris can be as cheap as . Looking to travel across state or province lines? A trip from out of your region will be as low as .

What type of traveler does Paris attract?

Solo travelers choose to travel by train to Paris for its affordable fares and because of the safe and convenient experience that they note in their reviews.

What train station is located closest to the city center of Paris?

The closest train station to the city center of Paris is Paris Est, located just 1.4 miles away. Select Paris Est as your arrival if your plans call for exploring the downtown area of Paris. Search on Wanderu and in the search results you can filter travel options by arriving or departing station.

Which cities have the most trains to Paris?

How to Get Around Paris

Public Transit
The Metro, Paris' iconic subway system, is the best way to get around the city overall. It's extremely affordable, efficient, and fast, covering just about every corner of the city with 16 routes. At many Metro stops, trains arrive every 2-5 minutes, from 6:00am to midnight daily.

You can get single one-way tickets, but it's even more affordable to purchase a book of 10 or get a Mobilis one-day pass, which covers travel in Zones 1 and 2 (where most tourist attractions are). Buy passes at any Metro station or tourist information centers throughout the city.

The RER trains, which also serve both Paris airports, are another excellent option for getting around. A go-to for getting to outlying areas such as the Palace of Versailles or Disneyland Paris, the RER operates five express routes. They run from 6:00am to midnight like the Metro but don't come nearly as often.

While Paris' bus network is substantially smaller than that of the Metro and RER, it's still quite affordable and efficient. A one-way fare is the exact same cost as a Metro ride and the tickets are interchangeable. About 60 bus routes serve the entire metro area, operating daily from 7:00am to 4:00am.

Rideshare Apps & Taxis
There are taxis everywhere in Paris, but they aren't distinct like New York City's iconic yellow cabs. Instead, they're regular vehicles with taxi signs on top. You can try to hail one on the street or call ahead, but the preferred method is to walk up to a taxi rank, a queue where cars wait to be hired. You'll find these outside the airport, many hotels, and in popular tourist areas.

Uber has a presence in Paris, but isn't as popular as taxis — certainly due to the sheer number of cabs. Especially if you're in the heart of the city, it’s almost always faster and more convenient to simply walk up to a taxi stand.

Rental Cars
Honestly, driving in Paris isn't recommended for visitors, as heavy traffic, scarce parking, an abundance of motorbikes and scooters, and confusing one-way streets and roundabouts are overwhelming even for locals. However, if you do find that you'd prefer to drive yourself around Paris, be sure to check Wanderu for the best deals on rental cars.

Eiffel Tower
No trip to Paris is complete without visiting one of the most iconic landmarks in the entire world. You can go all the way up to the top of the Eiffel Tower for panoramic views of the city, but if you're interested in photographing the tower, there are also several fantastic viewpoints throughout the city.

The Louvre
You truly can't go wrong with any of Paris’ incredible museums. An obvious choice is The Louvre, the largest museum in the world and home of the Mona Lisa. Spanning a massive 652,300 square feet (60,600 square meters), the museum houses 380,000 works of art.

The Seine
Whether you book a river cruise, walk along its banks admiring the bridges, or book dinner reservations in a restaurant on a floating barge, experiencing The Seine is a must. Embrace your inner ‘Emily in Paris’ and snap a selfie along its banks to inspire your followers’ envy.

Versailles
Escape the city as French royals once did by visiting the lavish Palace of Versailles. Tour the decadent Hall of Mirrors, Marie Antoinette’s Petit Trianon, and nearly 2,000 acres of gardens. Plan to spend at least a few hours soaking up the gorgeous art and architecture in the palace. 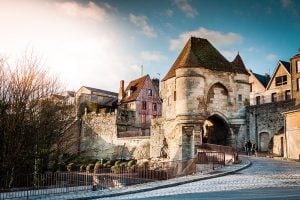 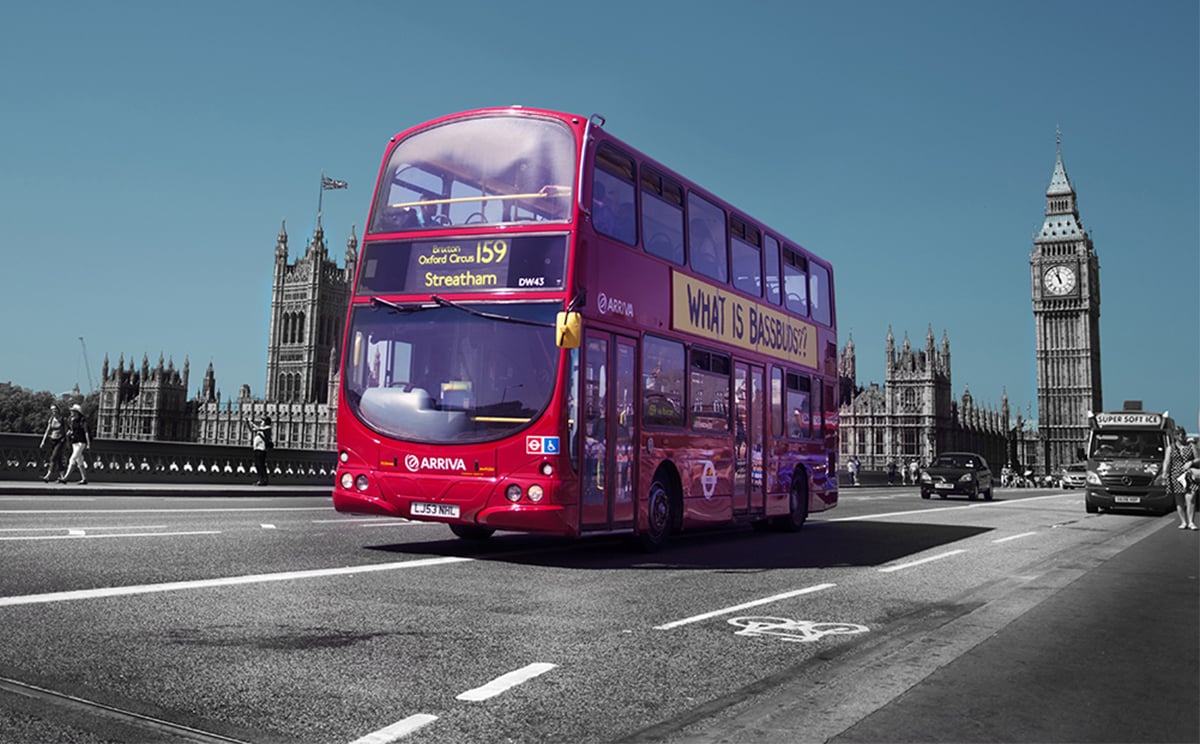 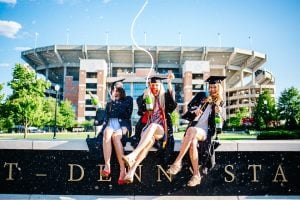 Top train routes to and from Paris