10 Most Beautiful Cities in America & How to Get There

Now that summer is in full swing, it’s time to take advantage of the nice weather and set off on an adventure! To help you plan, we have picked out the 10 most beautiful cities in the U.S. that you definitely have to check out in person. Since we couldn’t pick one favorite over another, we decided to list them alphabetically. Do you have a favorite? Did we miss a beauty that must definitely be on the list? Let us know in the comments below! 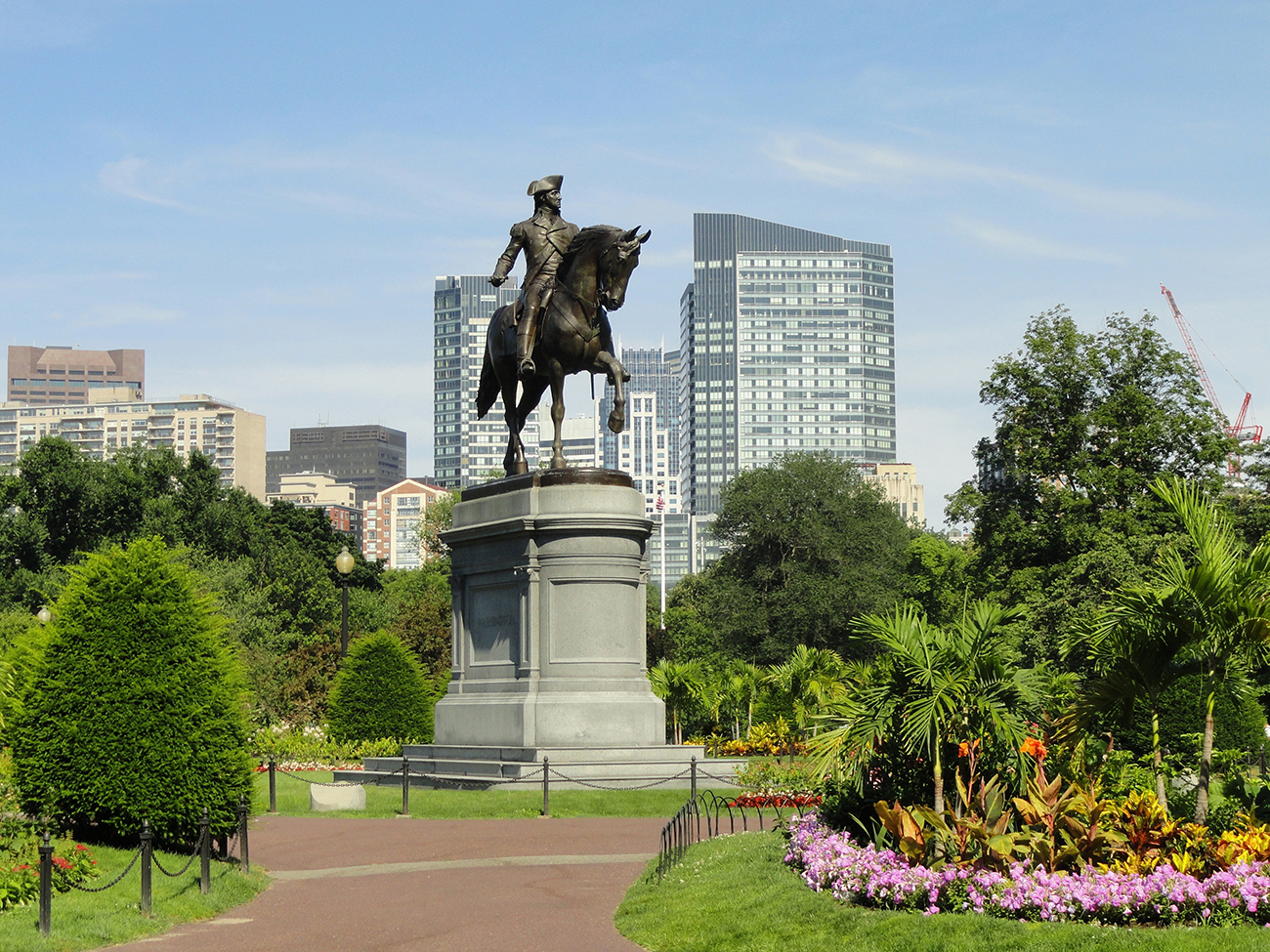 It takes just a single stroll through Boston’s picturesque Beacon Hill neighborhood or down the world-famous Newbury Street to instantly fall in love with the biggest city in New England. In addition to its beautiful architecture, exquisite parks and endless marinas, Boston is deeply steeped in history, making it a place that every wanderer should have on their bucket list. Besides, it’s Wanderu’s hometown, which gives it a lot of extra awesomeness points!

How to get there: There are buses and trains that travel to Boston every single day from pretty much all over North America. Just look up a trip from your location on Wanderu and you can be on your way in minutes.

Wanderu tip: Some bus companies offer $1 trips to Boston if you book in advance. All you have to do is browse through Wanderu to find them and book your ticket right away. Hurry up as those tend to sell out pretty fast! 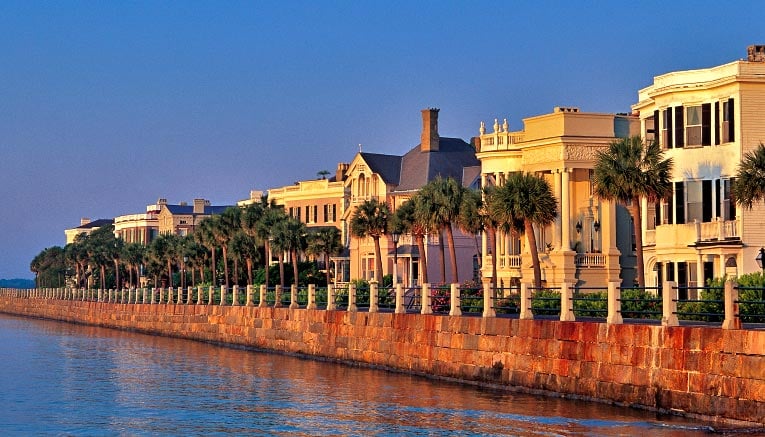 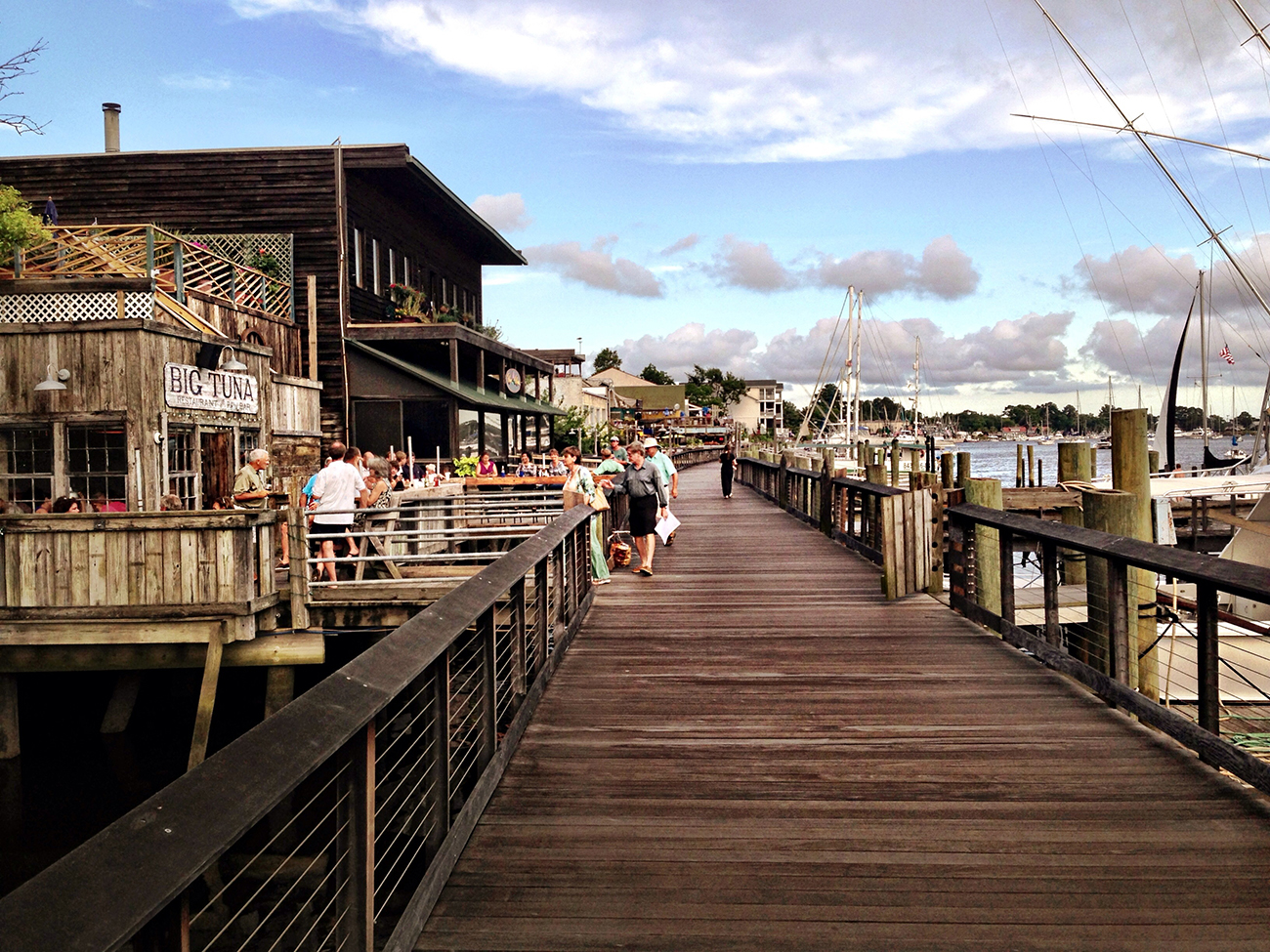 Very much like Boston, Charleston has played a key role in American history. As a result, the town boasts a lot of beautiful classic-style mansions that give it an authentic southern vibe. With year-round green palm trees and uniquely gorgeous architecture, this southern gem will make you fall in love not only with the way it looks but also with its charming inhabitants who are famous for being some of the friendliest Americans you will ever meet, so pay them a visit and see it for yourself!

How to get there: There are multiple buses and trains traveling to Charleston every day from all over the U.S. and Canada. Some companies even offer multiple options per day, so find your most convenient option on Wanderu today! 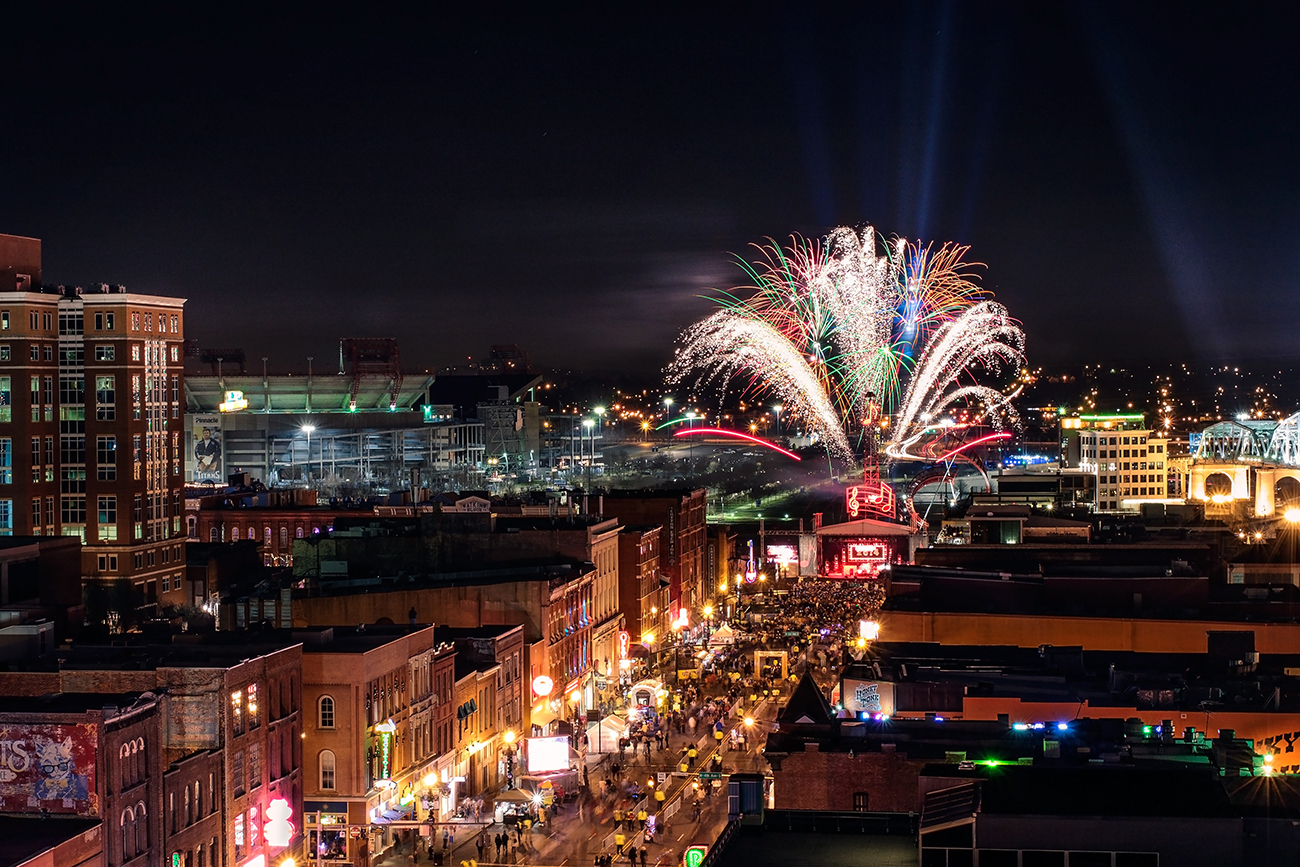 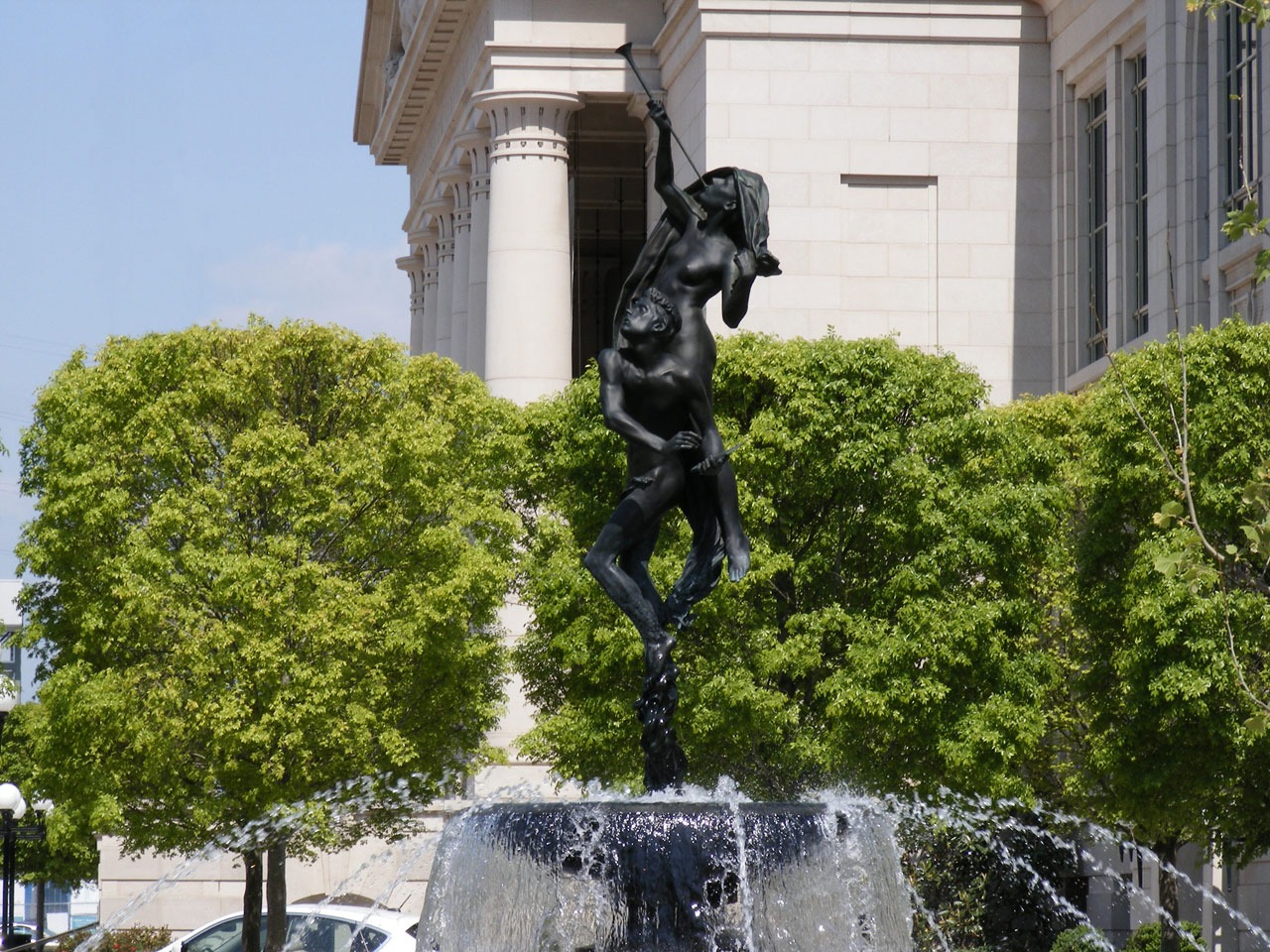 Nashville is famous for its vibrant music scene and awesome bars & restaurants. While that’s definitely accounted for, what’s even better is that all these unique entertainment and hospitality options take place against the gorgeous backdrop made up by the Music City’s beautiful architecture, scenic landscapes and eclectic crowds.

How to get there: Take one of many buses and trains that travel to Nashville every day. Book your next trip to Nashville, TN on Wanderu today!

Wanderu tip: While in town, you have to go for a walk on the famous John Seigenthaler Pedestrian Bridge to get some stunning views of both sides of the city. 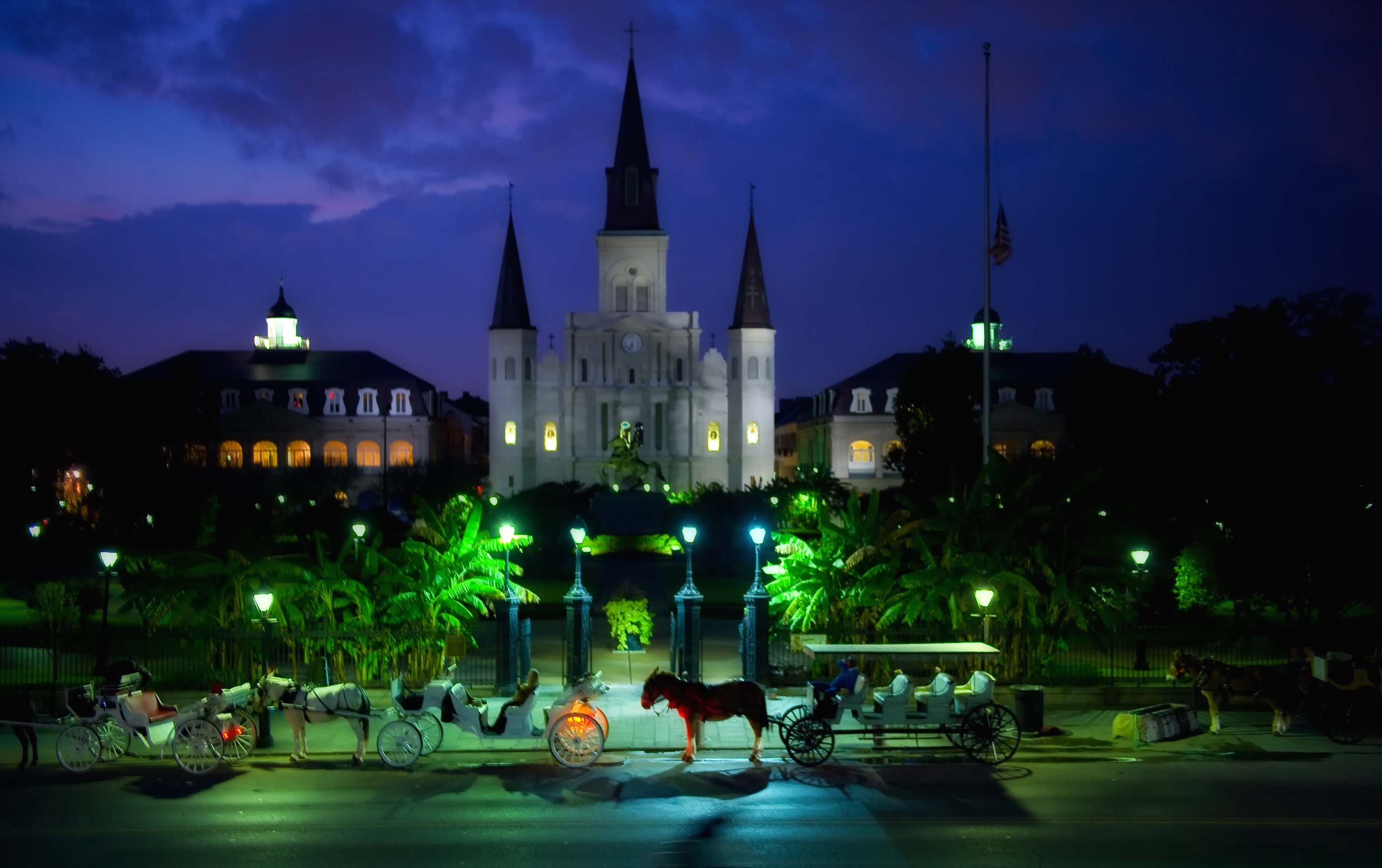 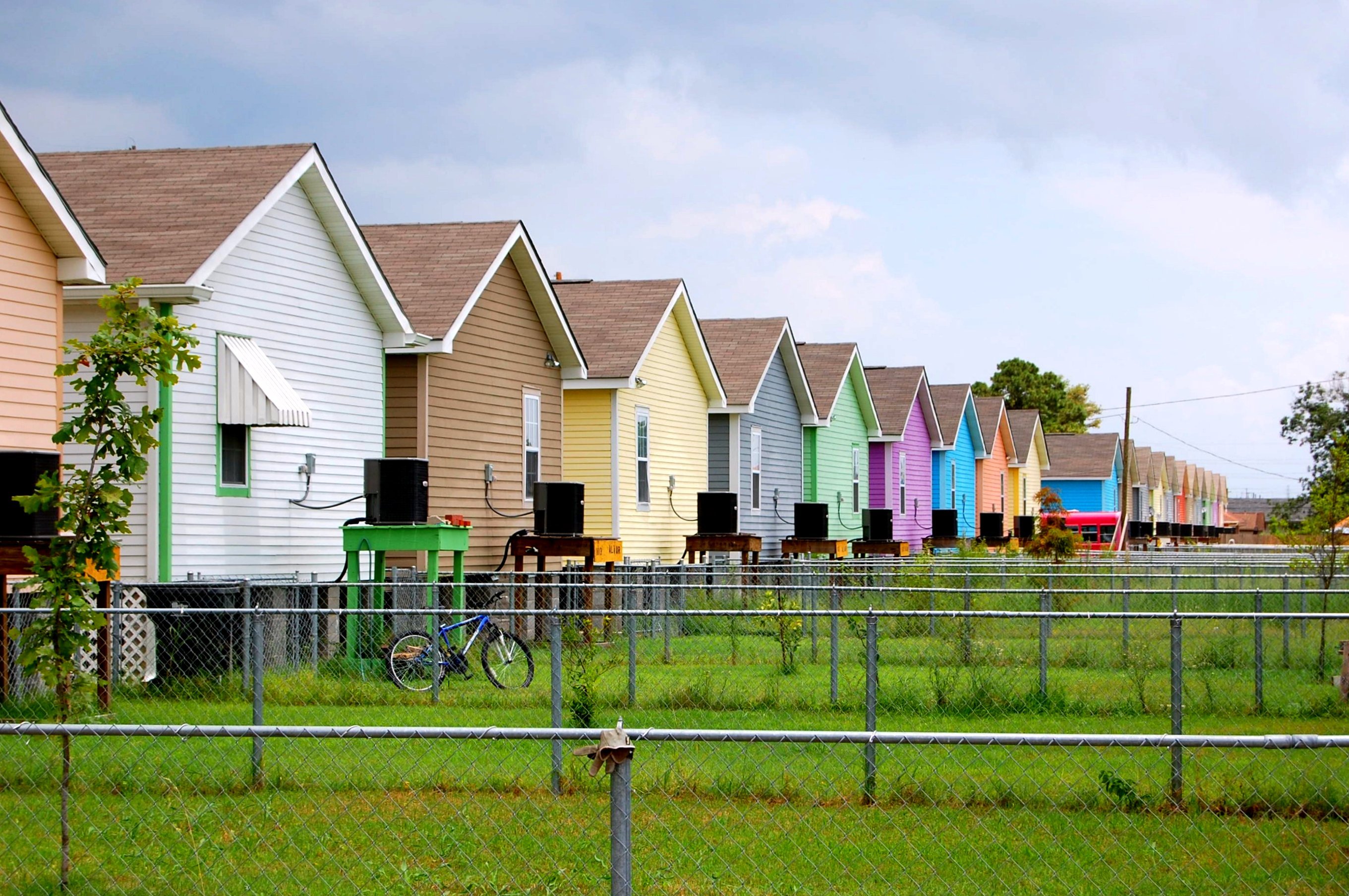 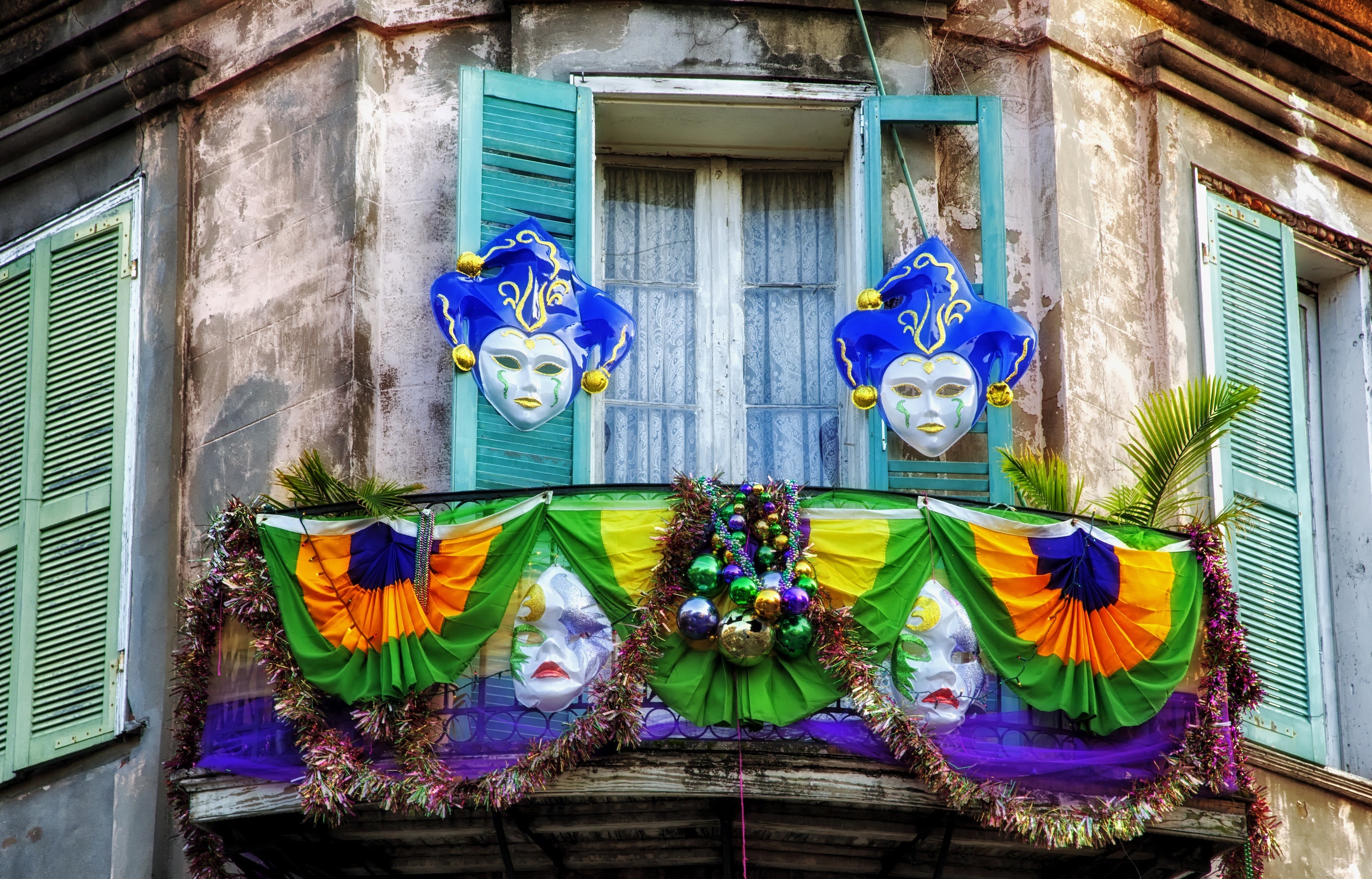 Matthew McConaughey once described New Orleans as “a big beautiful mess.” Indeed, NOLA is everything that you have ever imagined it to be – beautiful, messy, colorful, noisy, friendly – all things that make it one of the most exciting cities in the U.S. You should definitely come here for Mardi Gras but don’t limit yourself to just a single point in time during the year. New Orleans is fun all year long.

How to get there: Check out all the buses that go to New Orleans and make the city the playing ground for your next adventure! 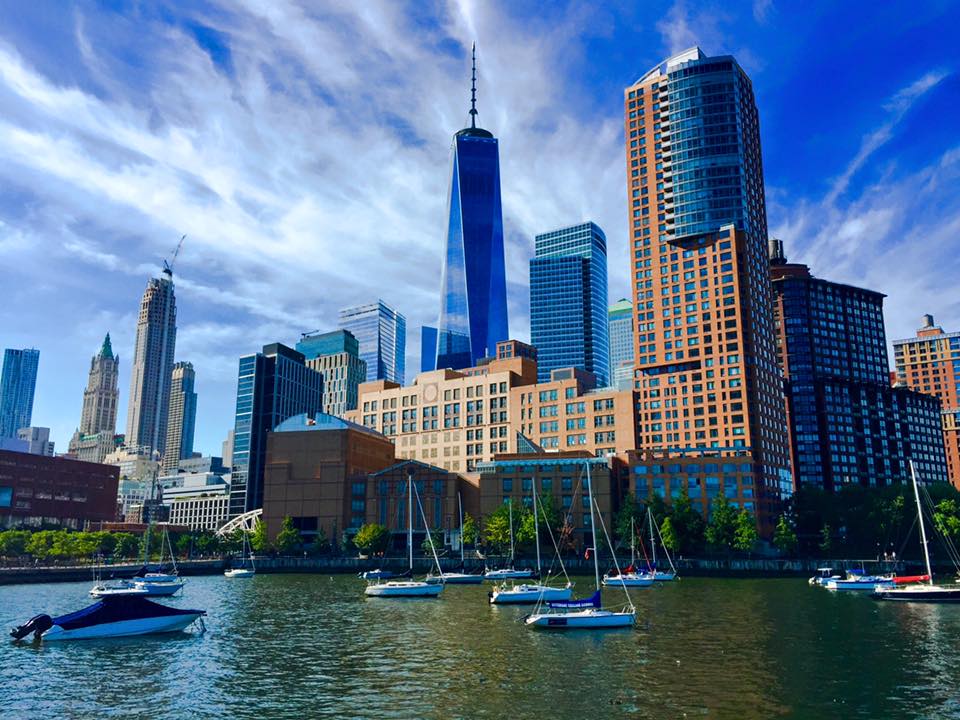 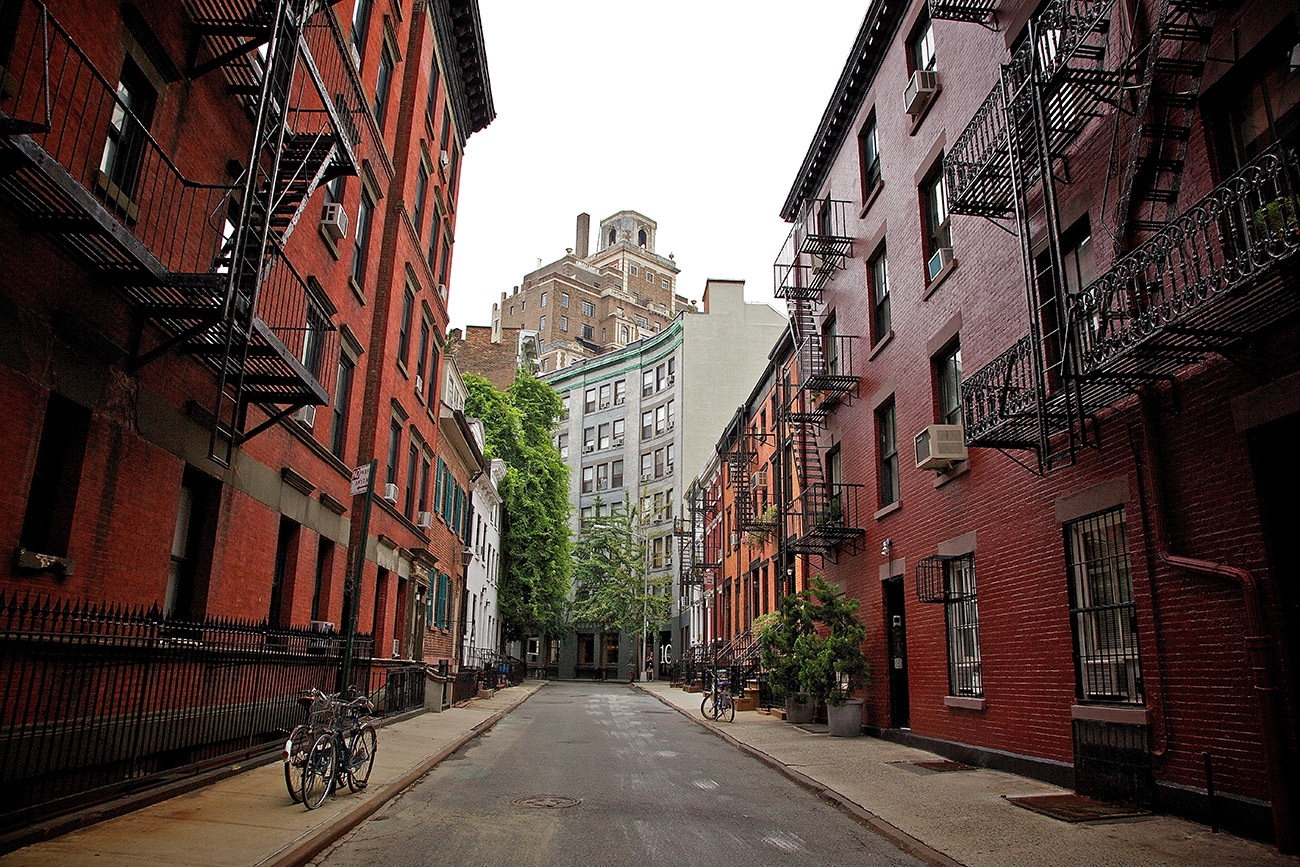 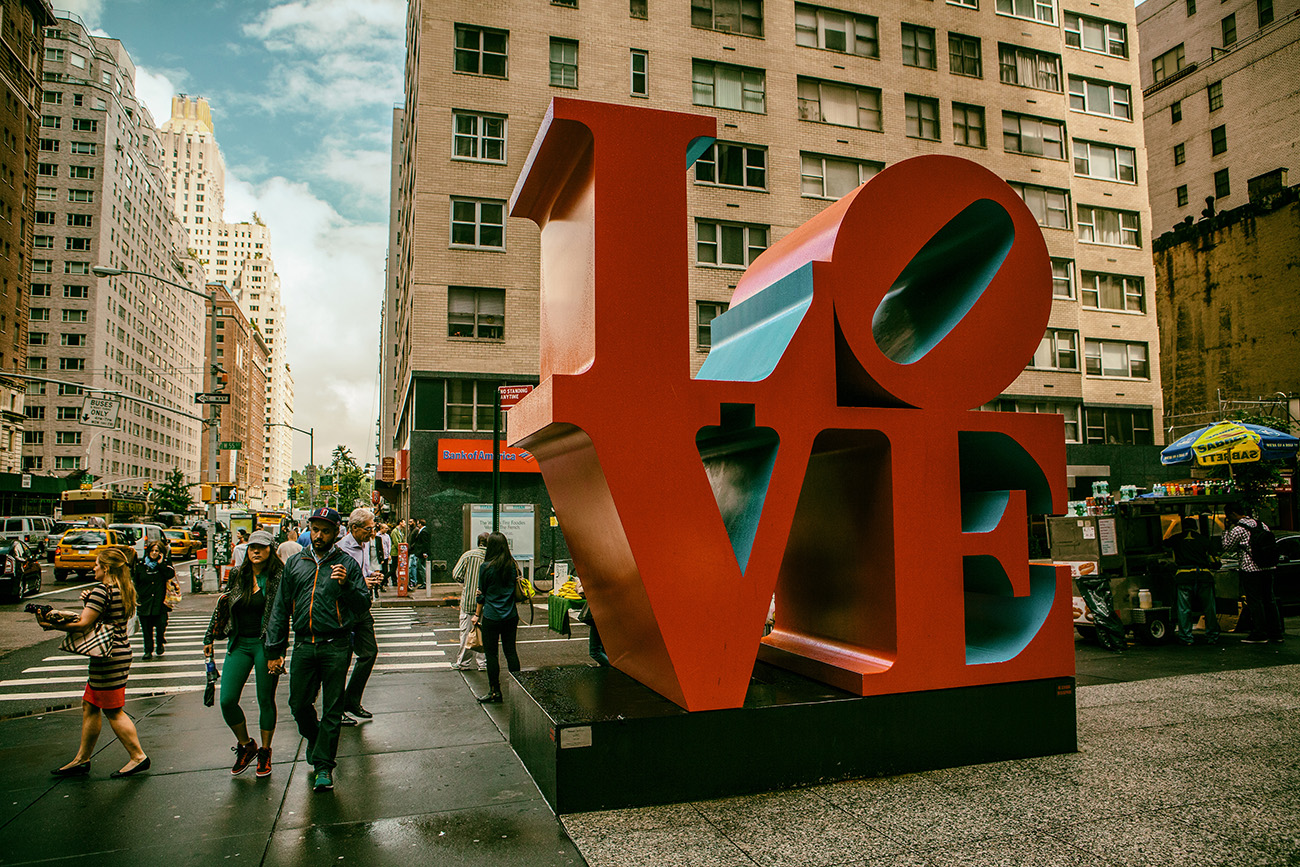 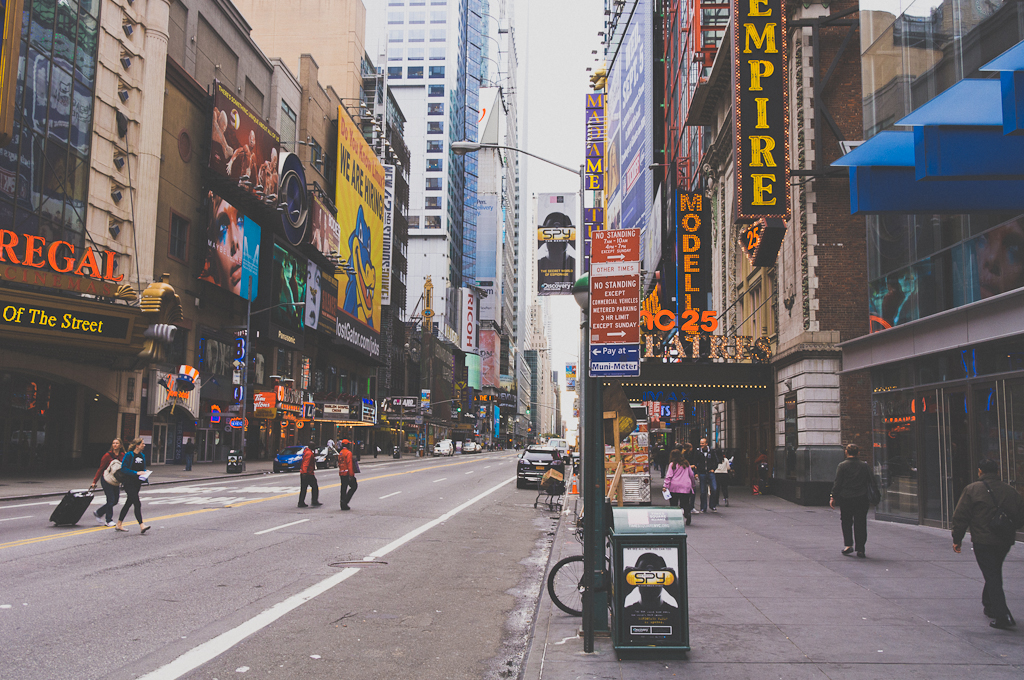 You can’t have a list of America’s most beautiful cities and not include New York City. Love it or hate it, New York is one of the most exciting places in the world with easily the most iconic skyline. From the bohemian chic and graffiti-laden Lower East Side, through the cheerful West Village and Chelsea, all the way up to the iconic Central Park, fabulous Upper West Side and actively gentrified Harlem, NYC is beautiful in many different ways.

How to get there: As one of the most visited cities in world, New York is a major hub for both national and international travel, which means that you can easily get there from pretty much anywhere. Find your town on this list and get the cheapest fare to New York available!

Wanderu tip: With Wanderu, you can always find out beforehand where your bus or train will drop you off and leave from, so make sure to take that into consideration before you book the place where you will be staying, so that you don’t have to carry your bags across town. 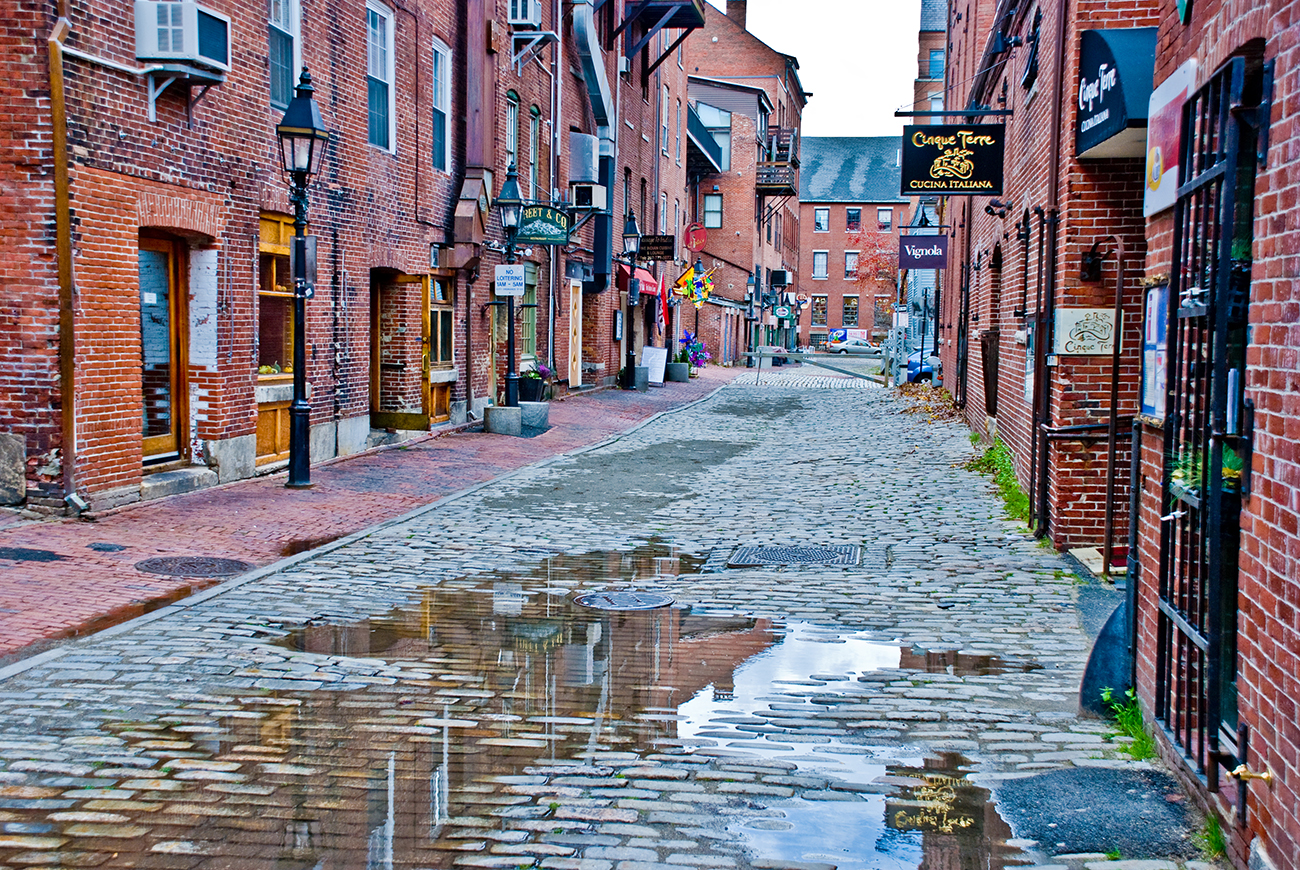 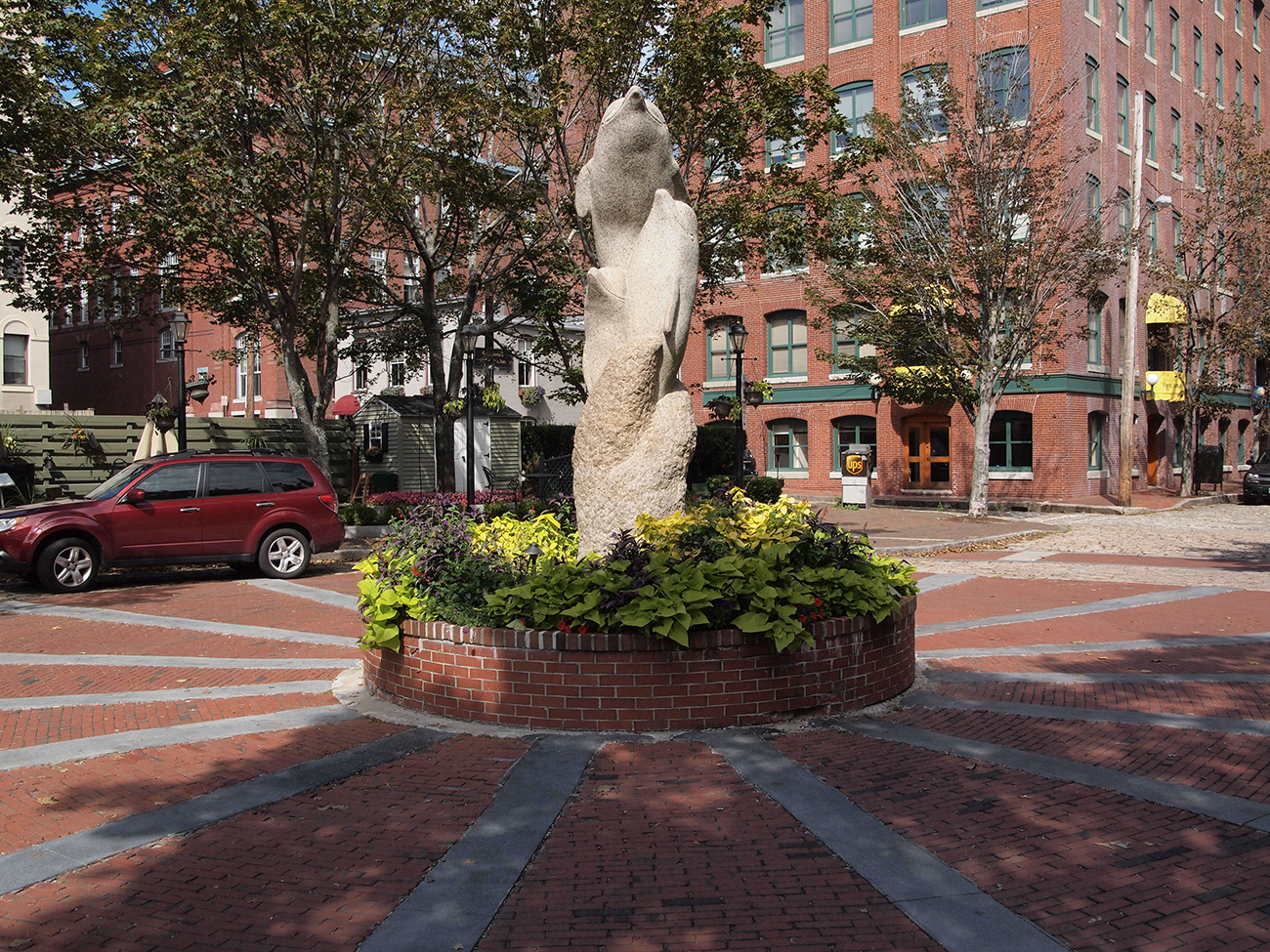 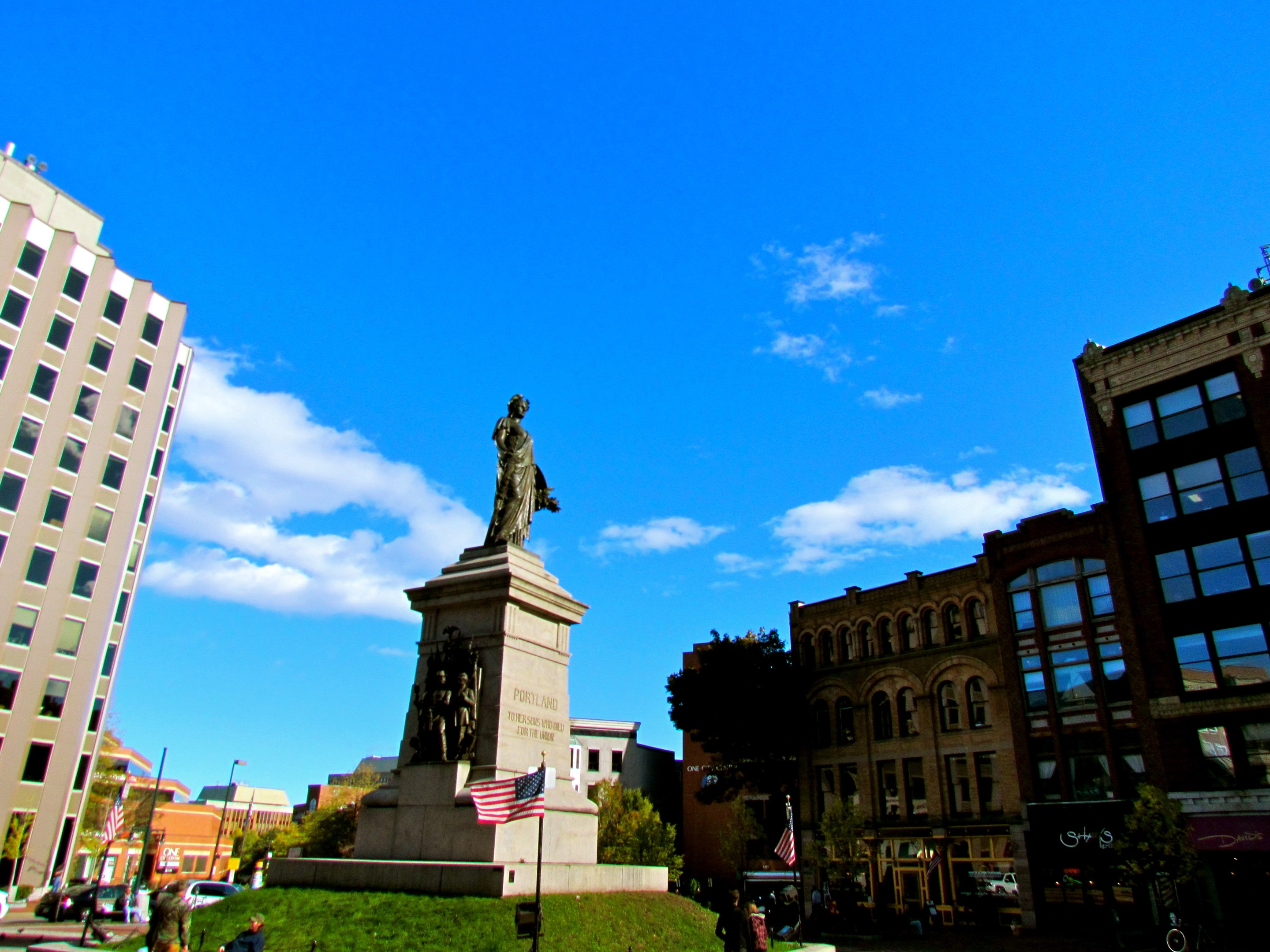 As soon as you set foot in Portland, you will be mesmerized by the small town’s evergreen charm. With its quaint buildings, seemingly endless rows of boats and the occasional pieces of street art, walking through Portland is like going through beautiful postcards. And trust us, you will want to get some postcards to bring home because it’s just so pretty!

How to get there: Hop on one of many buses that go to Portland every day. You should be aware that the bus station is a little bit on the outside but a very short taxi ride to the main square will easily fix that.

Wanderu tip: Plan your visit for the spring or summer to enjoy the best views and the best food! 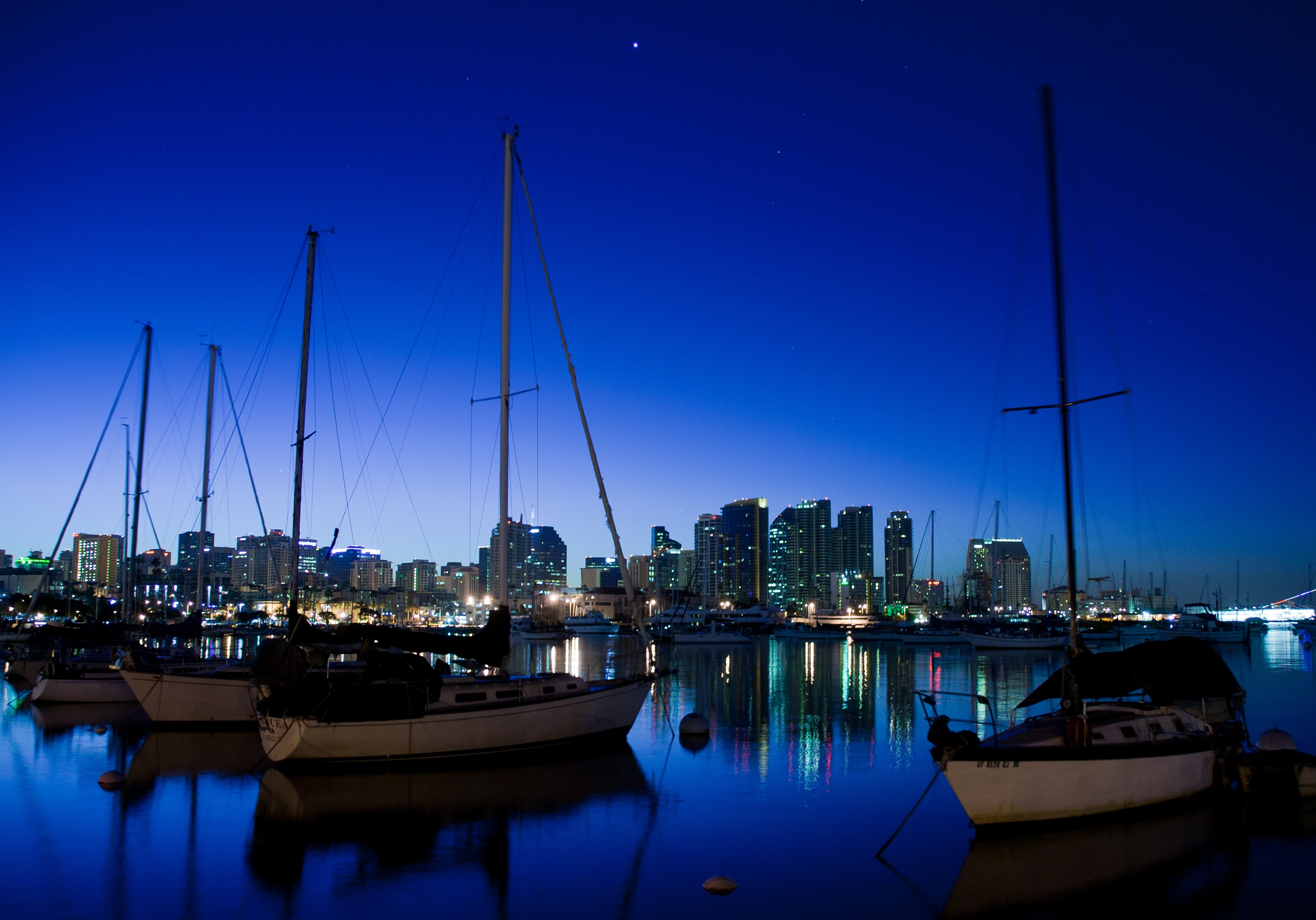 When you mention Southern California, most people automatically think of Los Angeles. However, two hours south of the City of Angels is another gem that certainly outshines its neighbor when it comes to looks. With a magnificent coastline on one side and majestic mountains on the other, San Diego’s scenery falls in a unique category of its own. Not to mention that it also has a desert for those who like that.

How to get there: There are buses and trains going to San Diego every day from numerous locations all over the U.S. and Canada. Find the most convenient route for you! 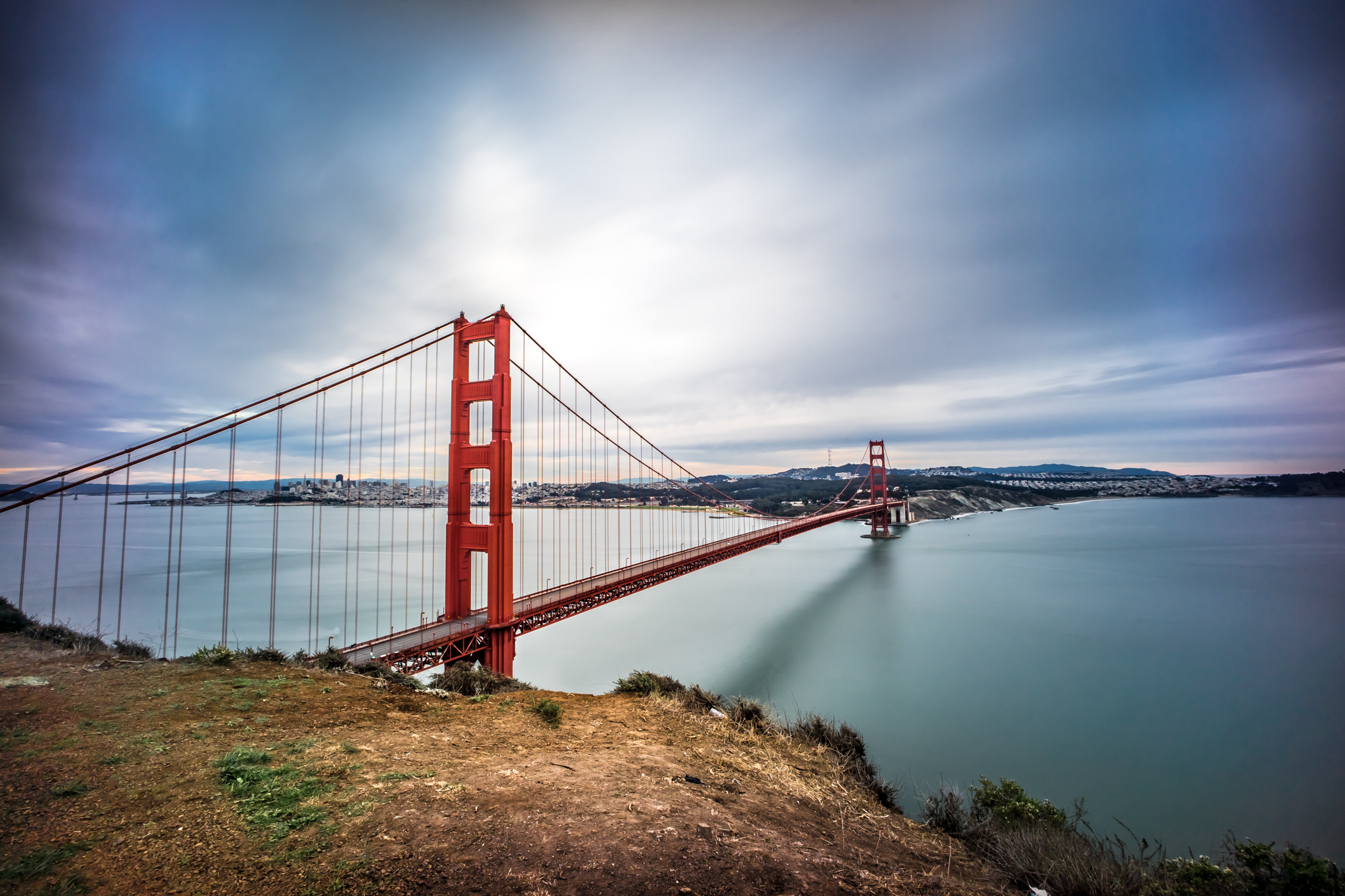 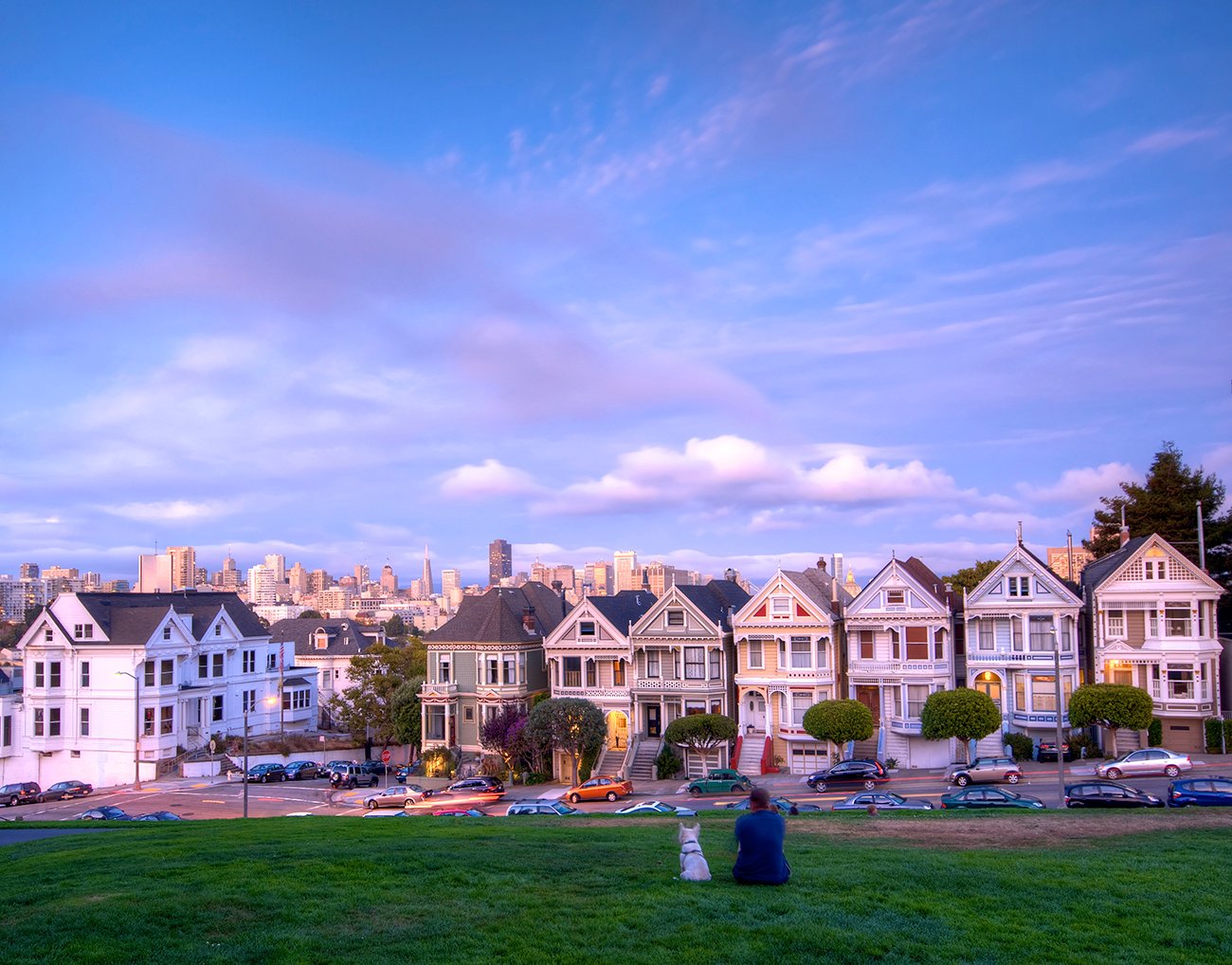 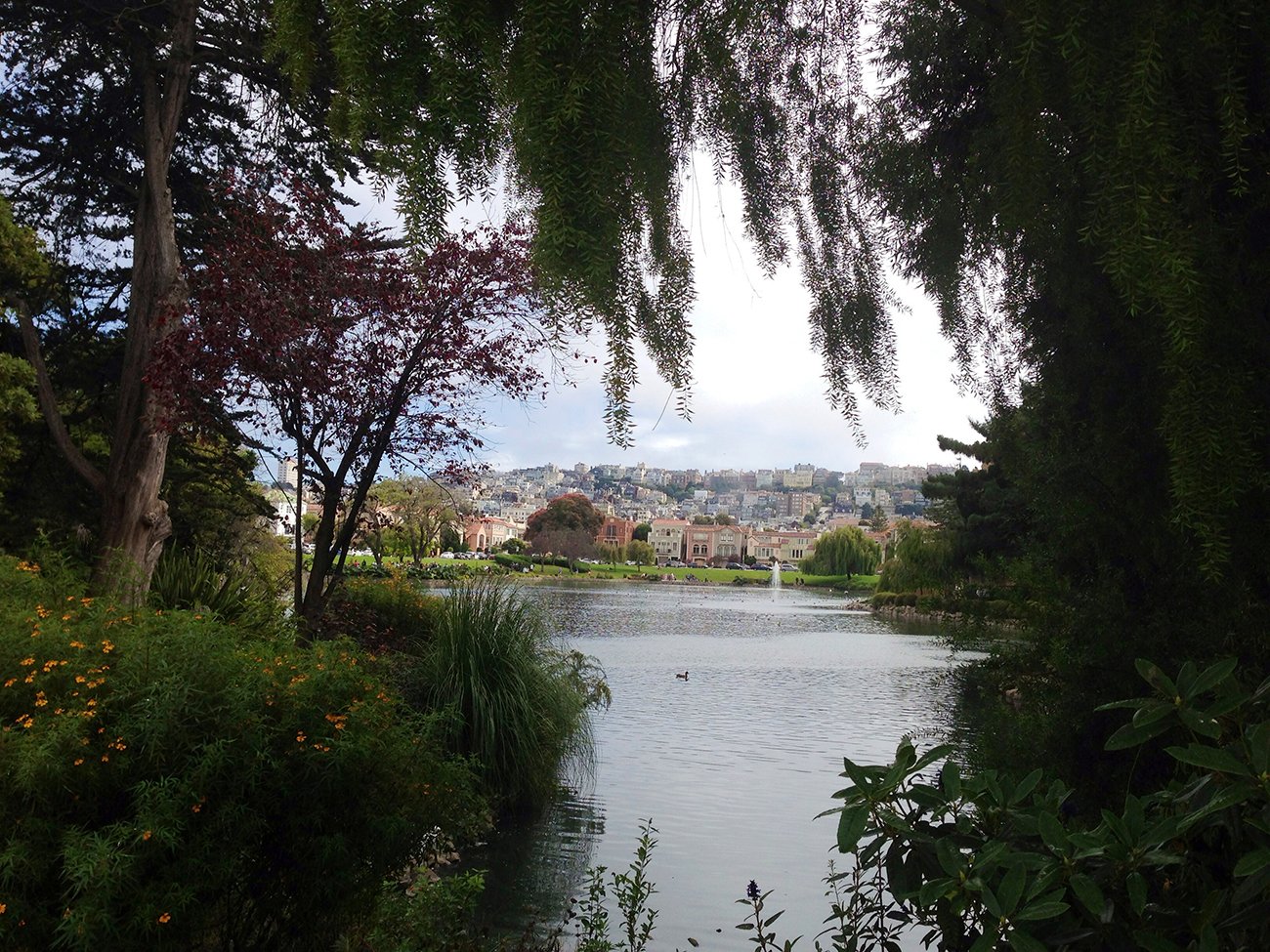 San Francisco has always been considered one of the jewels of the West Coast. The majestic Golden Gate Bridge and gorgeous Presidio turn San Fran into of the most iconic American cities while its trademark three-story houses built on really steep hills and historic neighborhoods, such as The Castro, define its unique character.

How to get there: Take a bus or train to San Francisco and make sure to wear some flowers in your hair!

Wanderu tip: Get a car and drive to the other side of the Golden Gate Bridge and go up the hill for some truly magnificent views of the city. 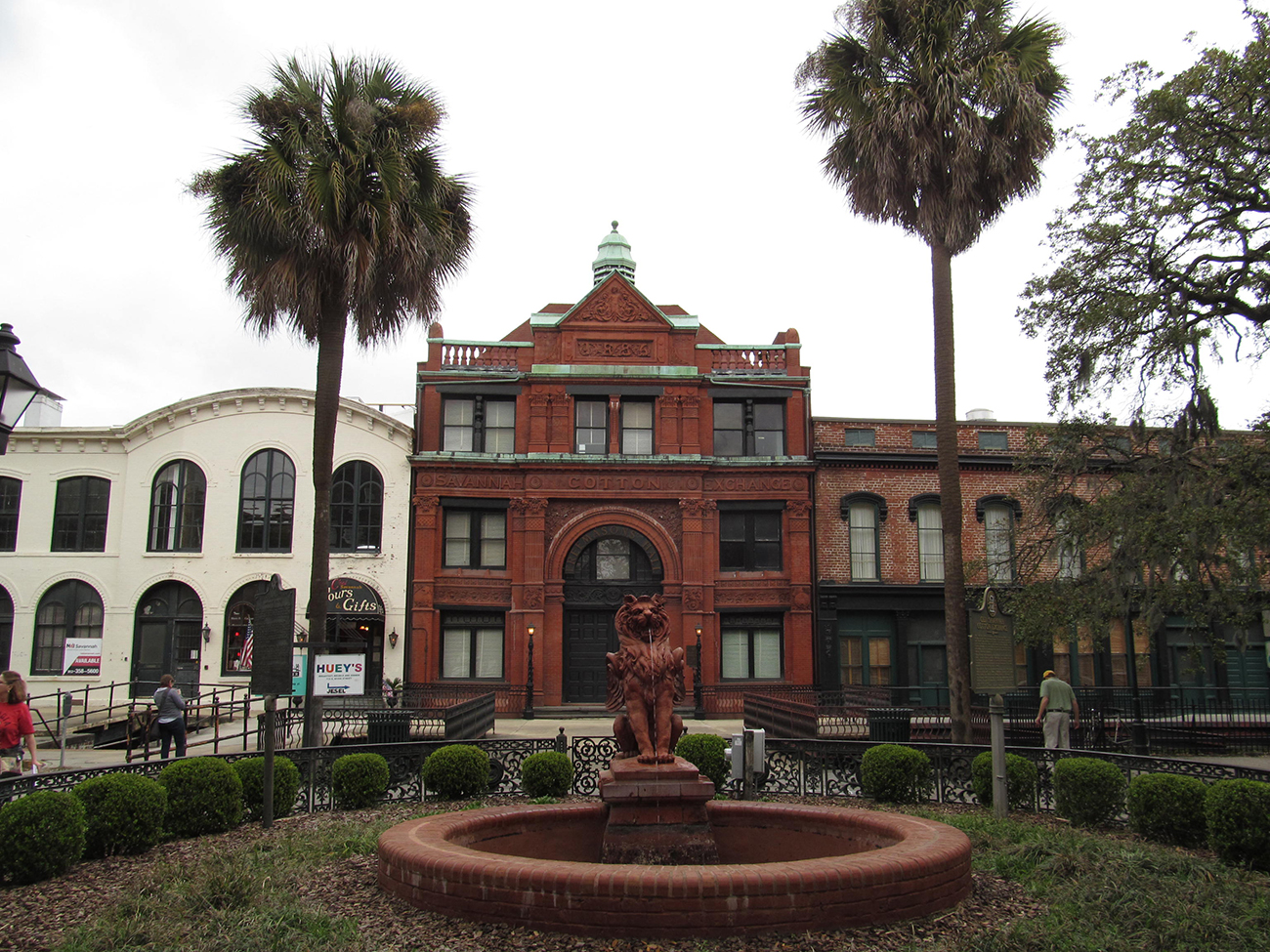 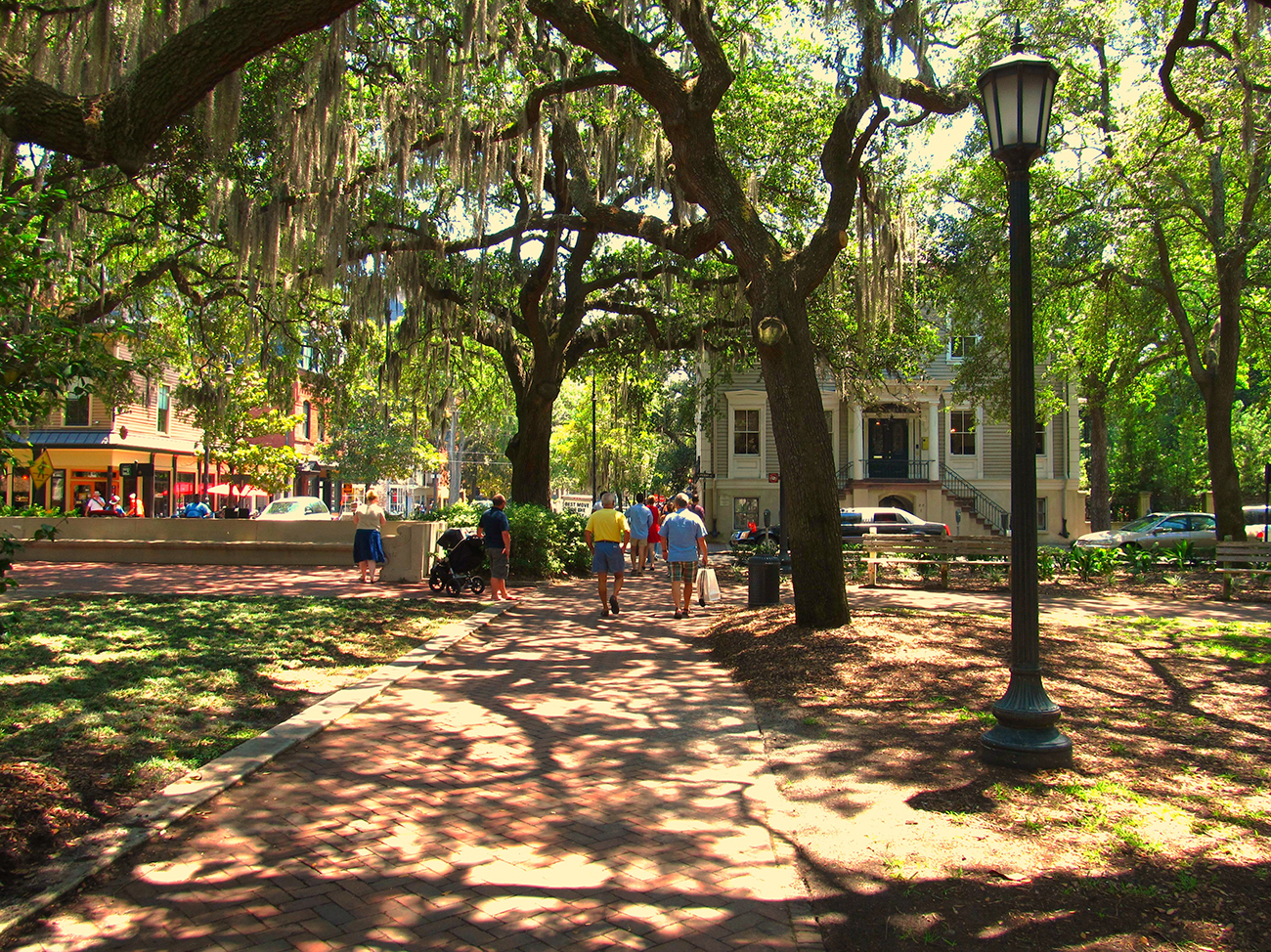 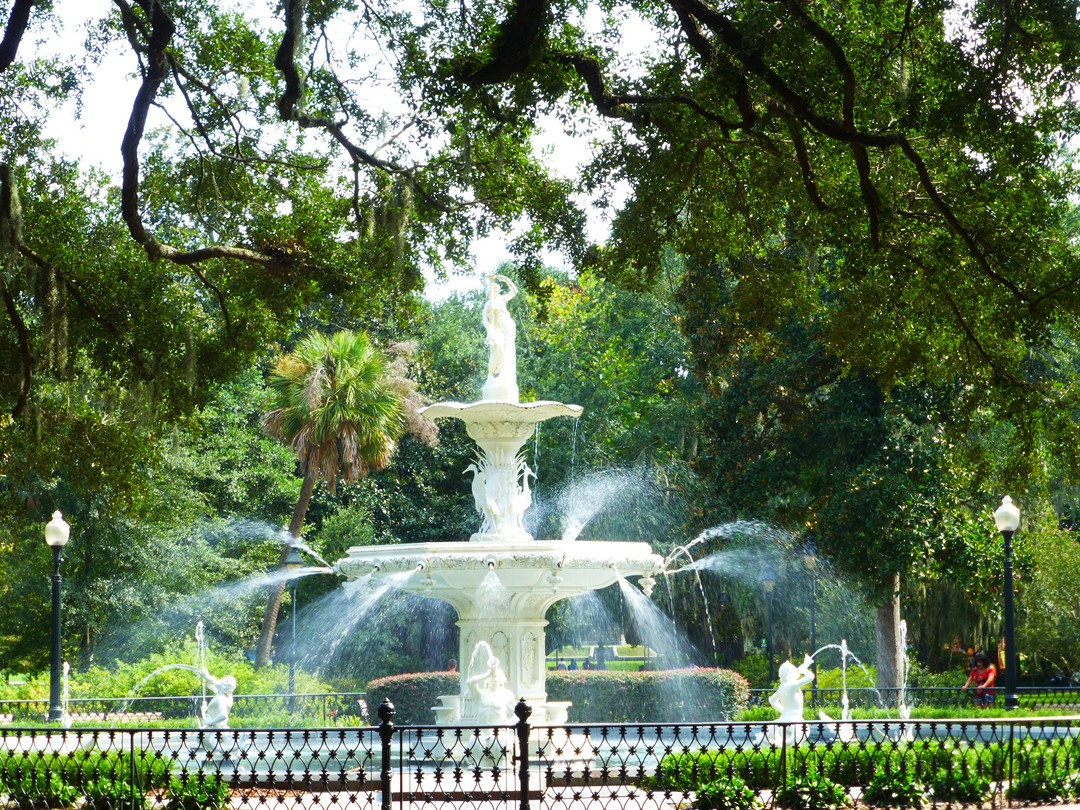 Many people who have visited Savannah describe it as the epicenter of peace and serenity. A lot of that appeal has to do with the southern town’s inherent coziness and charm that seeps through the retro looking houses and cobblestone streets. Much like Charleston, every building in Savannah has a history which makes each trip there that more exciting.

How to get there: Check out all the buses and trains going to Savannah and book your trip there on Wanderu!

Wanderu tip: Make sure to walk through Savannah’s historic district at night for a truly unique experience. You will thanks us later. 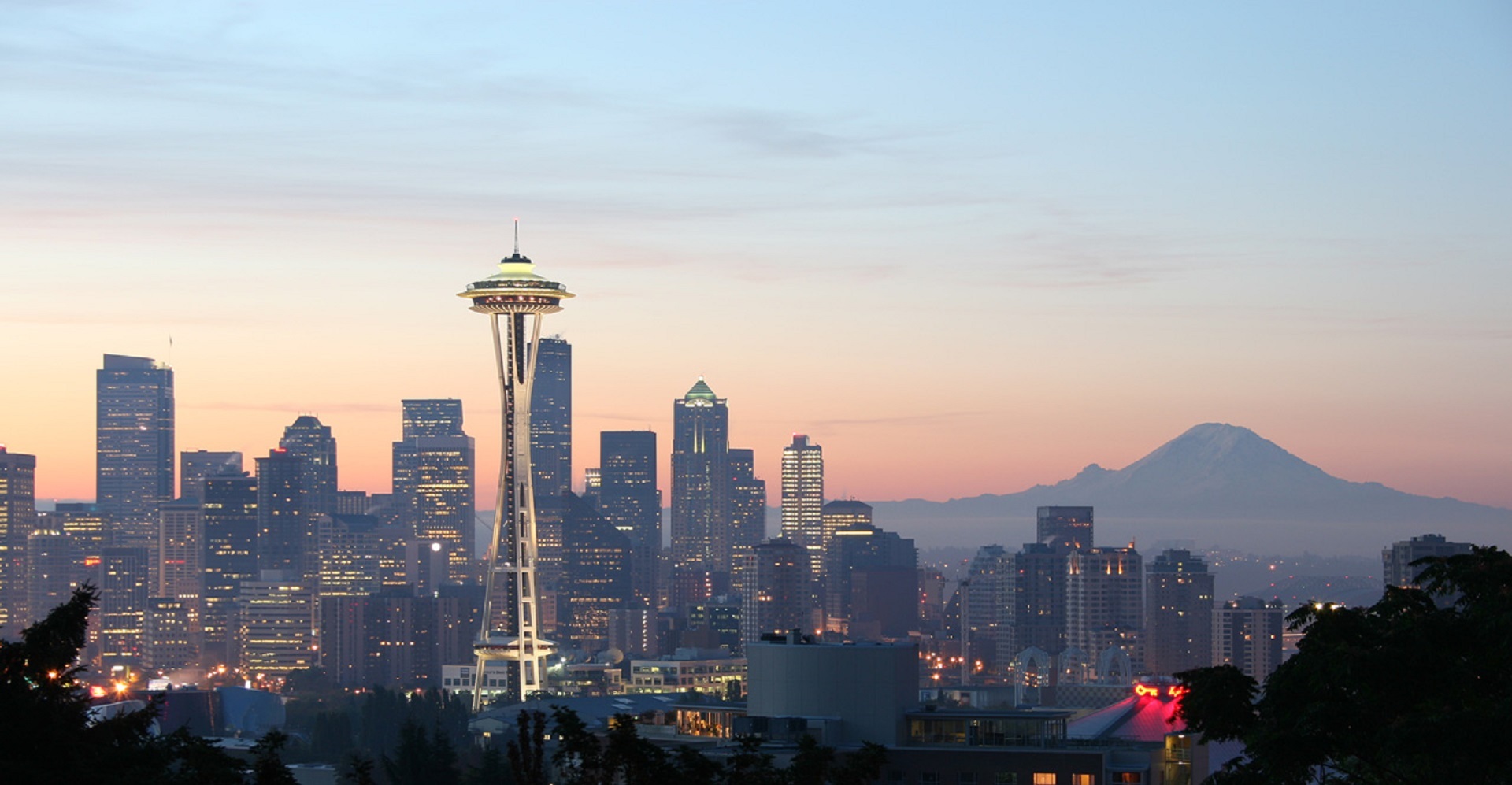 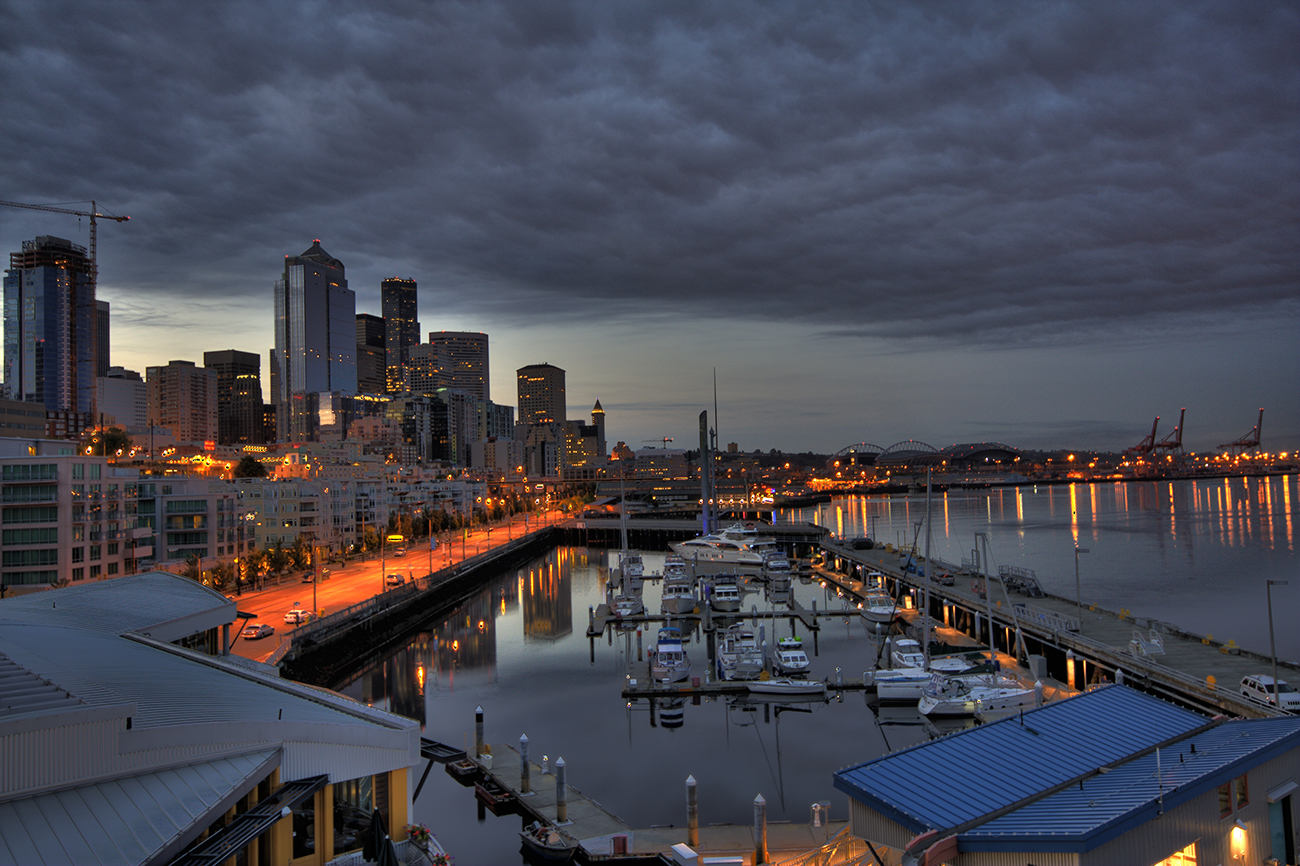 Named one of America’s most-liked cities, Seattle is easily one of the country’s most attractive settlements as well. Be it the natural splendor that surrounds it or the eclectic cultural diversity that enriches its social scene, Seattle has a little something to offer everyone who decides to stop by for a visit.

How to get there: Plan your next trip to Seattle with Wanderu – check out all the routes leading there and get your tickets today!

Wanderu tip: For the best views of Seattle, skip the Space Needle observation deck and head to the Sky View Observatory instead. That way, the famous Space Needle will be in those beautiful photos you will take. Make sure to share them with is on Instagram, @Wanderu.

How many of these gorgeous cities have you visited? Share your score with your friends!

15 Travel-Themed Movies That Will Satisfy Your Wanderlust

What to Do if You’re Stranded During Coronavirus

15 Free Things You Can Do in Vancouver, B.C.