These Are the Best Craft Beer Cities in the U.S.

Some plan their travel around food. Museums. Nature.

But for a certain contingent with a taste for the better beverages in life, beer is the motivating factor.

Craft beer, to be exact.

Which is why wayward hopheads make pilgrimages to places like Greensboro Bend, Vermont, for a growler of Hill Farmstead, or Charlton, Massachusetts, for a can of Julius.

The worth of a legendary brew-centric trip, however, is measured in options: Access to loads of great breweries and phenomenal beer, all in one centralized place. Which is why we here at Wanderu decided to rank the very best craft-beer cities in the U.S., in a truly empirical analysis of the nation’s top hop hubs. (Do yourself a favor and cross-reference this list with our list of the Biggest Party Hubs if you really want to go ham.)

Employing a lock-tight Methodology, these rankings are based on cumulative data for each of the 100 most populous cities in the U.S., including:

“High-quality” is defined as places with 4 stars or more and at least 10 reviews on Yelp.

Seek out snifters in sunny San Diego, the most concentrated craft-brew scene in the country. Hometown favorites like Ballast Point and Rip Current headline the show, while the town’s top suds slingers average a BeerAdvocate score of 4.172, the highest score of any city in our sample. (Which, we guess, makes San Diego the Valedictorian.

Minneapolis makes for runner-up, but only because our methodology dictated we evaluate the Twin Cities as separate, individual entries. (Which makes sense. Would it be fair to the Olsen twins if we only referred to them with the singular, “Michelle”?) The Mill City especially stands out for its stellar pint prices and respected roster of breweries. (Think Surly and Dangerous Man.)

Take a moment to acknowledge some of the surprises here in the top 10 — locales like Cincinnati, Richmond and Orlando. Maybe they weren’t on your radar before, but they better be now. As it turns out, there’s more to O-Town than just Butterbeer. (Yes, that’s a Wizarding World of Harry Potter reference.)

Curious to find the best beer town by you? We broke down our rankings into regions, featuring the top five from each:

Simply click one of the links above to catch a glimpse of each area.

** Maybe you’re curious why Virginia cities ended up in the Northeast. No offense intended! To proportionally allocate the top cities, we divided the country into five geographic regions as opposed to cultural regions. For instance, instead of a “Mid-Atlantic” or a “South” category, we simply divided the East coast into two halves: “Northeast” and “Southeast.”

OK, so Virginia’s seating in the Northeast is debatable, but Richmond and Chesapeake’s status among the top tier of beer-rich cities is absolute truth. Richmond, in particular, shines with a wealth of good bars and breweries considering the city’s relatively small size (anchored by The Answer and The Veil).

Placing third, pour one out (or down your gullet) for Buffalo, outranking New York City by a considerable margin. So often overshadowed by its cross-state sibling, it’s about time B-Lo stole the spotlight. For a truly decadent draft selection, visit Allen Burger Venture where 24 taps await you.

A-Town is an ale-lovers oasis, thanks in no small part to spots like Scofflaw and The Porter. Even SunTrust Park, home of the Braves, has a small-batch brewery on premises. The real question is, which ATL rapper will be the first to name-drop a local brew? Our money is on T.I., but you can guess whoever you’d like.

You don’t typically equate craft beer with Florida — conventional wisdom says it’s more of a Corona-on-the-beach kinda state. But that perception is dead wrong, and we’ve got the numbers here to prove it. Orlando and St. Petersburg are well worth their weight in gold(en ale), in terms of both bars and breweries. (We actually have a full guide of Orlando activities worth your time.)

Between the two cities, however, St. Pete’s Cycle Brewing is the leader of the (six-)pack in terms of BeerAdvocate score, though we recommend parking your bike prior to any alcohol consumption.

The Midwest has a lot to brag about when it comes to craft-ale acumen. We’ve already made much ado about Minneapolis: It’s a beer lover’s haven, a beer lover’s heaven, and everything in-between.

(It’s also an awesome place to visit in winter, despite its chilly reputation.)

So instead, turn your attention to Cincinnati. The Queen City has beer in its blood, thanks to its heavy German heritage. (Pre-prohibition, Cincy was the 3rd largest beer producer in the country.) Today, fresh faces like Rhinegeist continue that tradition: Their killer taproom, the size of a small airplane hangar, is actually housed in a historic brewery building.

The Mile High City is miles ahead of the competition when it comes to craft beer in the Southwest, scoring first in everything except price. Home of the Great American Beer Festival, there’s no shortage of delicious suds and phenomenal places to drink it. (Personally, we’re partial to Crooked Stave and Cerebral.) But if you want to save a buck, perhaps look to the other top rankers.

(Cowboy) hats off to Boise, a relatively small city with a respectable beer scene that was wrangled into this region.

Locals love award-winning Boise Brewing, and with a winter warmer called Witch’s Tit, who are we to disagree?

Welcome to the West Coast, where they’re so heavy handed with hops you practically have to scrape your tongue off after every sip. That’s not a bug but a feature, of course — that’s what makes the West Coast style so seductive.

But Portland proves there’s more to the Best Coast than just bitterness. Cascade Brewing Barrel House, specializing in sours, has the highest BeerAdvocate rating of any brewery in any city in our sample at more than 4.55.

And while Rip City can claim the trophy for more good breweries, northern neighbor Seattle has a hand up when it comes to quality beer bars — and at a better price per pint. Located in an old mortuary (it’s not as morbid as it sounds, we promise), try The Pine Box for a damn-good draft selection.

Truly terrific beer destinations score highly in two overarching categories: 1) quality of good beer and 2) availability of good beer. Being able to buy a pint without maxing out your credit card is just gravy.

Below, we sift through the data by sub-category, providing the individual rankings for each.

Cities With the Most High-Quality Breweries

To balance both quantity and quality for this sub-category, we indexed the number of breweries with at least 4 stars on Yelp for each city. Also, we only counted places with a minimum of 10 reviews, as we reasoned any fewer than that and the sample would be too small to be trusted.

As evidenced in the table, San Diego and Denver significantly outpace all that follow them, making SD the Michael Phelps of craft beer, and Denver the … Ryan Lochte(?).

Cities With the Highest-Rated Beer

To take an accurate snapshot of beer quality, we turned to BeerAdvocate. (You know it as the beer-scoring site not owned by AB InBev.) For an apples-to-apples comparison, we averaged the scores of the 10 highest rated breweries from each city, effectively ranking each locality by the very best it had to offer.

Portland and San Diego strut their stuff all over this article, so let’s instead shine a light on Chicago. In third place, Chi is remarkably consistent, with places like Dovetail and Pipeworks flexing their best brews. Among the latter’s top offerings is Ninja Vs. Unicorn IPA, commonly found throughout the Second City.

Cities With the Cheapest Pint

On principle, cheap drinking is a topic near and dear to our hearts. (In fact, we once did an entirely different study focused specifically on that.) After all, who cares how many good bars or breweries are in a place if you can’t afford their stuff?

To determine the average price of a pint, we sought the cost of a 16-oz standard IPA from 10 of the top breweries in every city. If the beer was only served in a 12-oz glass, we did the math and calculated how much it would cost in a pint glass. Those cities with the cheapest average appear in the table above.

Maybe it’s the college-town vibe or just Midwest manners, but discount drinking is plentiful in Badger country. At just under $5, a pint in a Madison brewery beats out both runners up: Lexington, KY and Albuquerque, NM.

Cities With the Most High-Quality Beer Bars

This final sub-category follows the same criteria as high-quality breweries: 4+ stars on Yelp, at least 10 reviews.

That said, it’s not even close: NYC has nearly double the venues of second-place city San Diego, with at least one premier beer bar in every neighborhood. (As Is in Hell’s Kitchen, Blind Tiger in Greenwich Village, The Jeffrey under the Queensboro Bridge — the list goes on.)

Otherwise, the table is pretty much populated with your usual suspects — except for Charlotte and Anaheim. Props to the North Carolina hub for squeezing in among the heavy hitters! And the inclusion of Anaheim just goes to show that L.A.’s beer legacy extends east past the Los Angeles River Freeway.

So next time you’re planning a vacation, whether it’s a weekend whirl or a longer getaway, base your destination on where the beverages are best — specifically when it comes to craft beer.

In fact, why not make a multi-city tour of it? Hit Portland and Seattle, Pittsburgh and Cincinnati, or Minneapolis and Madison. Don’t hold back: Book each stretch on Wanderu and let us be your designated driver!

Or maybe you’re more of a merlot fan. Even then, we’ve got you covered. Check out our West and East coast wine tours, each under $300, for two perfect itineraries.

Whatever your plans, we’re here to make your travel cheap and friction free. On Wanderu, you can compare routes, schedules and prices on bus and train travel across the country, and book your tickets without paying any extra fees. Just download the Wanderu app or visit Wanderu.com to start your search.

We analyzed the following categories to determine the Best Craft Beer Cities in the U.S.:

You are welcome to use the information and graphics on this page, crediting Wanderu. If you do so, please link back to this page, so that hop sniffers around the world can see all the data and find out how we came up with the rankings. 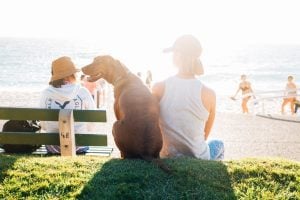