Thanksgiving and Christmas are two of the most popular holidays for travelers in North America. With millions of people heading home to spend it with their families, fares can become very expensive quite fast, so it’s important to know what days you should plan to travel if you want to stick to a budget.

That’s why we decided to dig into the travel data we have available at Wanderu and find out when you will pay the least for a bus or train ticket for your holiday-related travels. All of the information featured below is based on pricing data from the top 500 most popular routes on Wanderu.

This year, Thanksgiving falls on November 22, so we examined the period between November 19 and November 25 to determine the best days to travel before and after the holiday.

Bus tickets and train tickets are cheaper on Monday before Thanksgiving compared to Wednesday.

Whether you are taking the bus or train, you will be paying the most for a ticket if you travel on the Wednesday before Thanksgiving. That’s when the majority of travelers will hit the road, which is the main reasons prices are the most expensive. However, heading out on Monday will end up saving you 30% if you travel by bus, or 36% if you travel by train.

Least Expensive Day to Travel Back After Thanksgiving

Bus tickets are cheaper on Saturday after Thanksgiving compared to Sunday.

Train tickets are cheaper on Friday after Thanksgiving compared to Saturday or Sunday.

If you are taking the bus, the best day to travel back after Thanksgiving is Saturday instead of Sunday. That way, you will save 26% on your ticket and still be able to hit the stores on Black Friday AND enjoy some valuable alone time before you have to go back to work or school.

For train travelers, your best bet would be to head back on Friday because a train ticket will cost you about 38% less than if you head back on Saturday or Sunday. You might have to miss out on those Black Friday deals but, on the flip side, you can use it as an excuse to leave early if spending time with your family is not your thing.

Bus fares are expected to be the most expensive two weeks to one month prior to Thanksgiving. Therefore, if you know where you are going and you still haven’t booked your tickets, do it right now because prices are about to get higher.

This year, Christmas Eve (Dec 24) and Christmas Day (Dec 25) fall on Monday and Tuesday, respectively. That’s why we examined the period between December 17 and December 28 to find the best days to travel to your holiday destination and back.

Bus tickets are cheaper on Tuesday before Christmas compared to Friday or Saturday.

Train tickets are cheaper on Monday before Christmas compared to Friday or Saturday.

Looking at the trips available on Wanderu in the days leading up to Christmas, it appears to be cheapest to travel almost a week before the holiday – on Monday if you are taking the train, and on Tuesday if you’re traveling by bus. If you are able to take some time off and do that, you’ll be able to save 20-28% on your ticket.

The most expensive days to head out for Christmas are Friday (Dec 21) and Saturday (Dec 22). However, unless you luck out with an amazing last-minute deal (see further below), tickets are not much cheaper on Sunday.

There doesn’t seem to be a perfect day for traveling back after Christmas when it comes to scoring a cheap ticket for either bus or train. Based on our data, the difference in average fares among days in the period of December 26-28 is less than $1, and in some cases even less than $0.10.

The best recommendation we can give you is to book your bus or train trip back as far in advance as possible. So, make sure you spend as much as time as you wish at your holiday destination because you will end up paying pretty much the same price regardless of the day on which you travel back.

If you are fine with taking a risk, you may actually luck out if you book your bus trip at the last moment. Some bus carriers tend to add more vehicles to their fleet at the last minute if there’s a surge in bookings.

When that happens, the tickets for the newly available bus start from the base price for the route and increase as more tickets get sold. As a result, if you are lucky enough, you can score a ticket as low as $5 or $10 at the very last minute depending on the route you traveling on.

Booking your tickets as early as possible is the absolute best way to score cheap train tickets. Unlike bus carriers, Amtrak has a set fleet of trains for each route that it covers and they don’t normally add more cars at the last minute. They do add more cars or run additional trains around busier times of the year, like the major holidays. However, when they do that, they tend to announce it months in advance.

Also, unlike airfare, train tickets don’t tend to fluctuate based on what day of the week you book them. Once Amtrak makes their tickets available, they start off at a certain base price. For example, a regular service between Boston and New York usually starts from $49 and then the price increases the closer you get to the departure date and/or the more tickets get sold for a particular trip.

Average Fares for Most Popular Routes

There are multiple factors to consider when you are making the decision whether to take the bus or travel by train. However, if you are trying to stick to a budget, price is of the highest concern. That’s why, we looked up the average bus and train fares for some of the most popular routes on Wanderu for the days leading up to each holiday.

On Wanderu, you can always find the cheapest available deals on bus and train travel. Either through our website or the Wanderu app, now is the time to book your trips for the holidays and score the best prices. Happy travels! 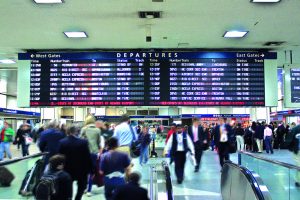 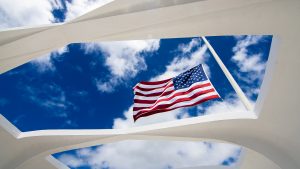 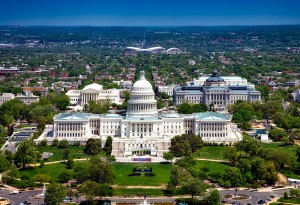