Wanderu is an official partner of Tufesa Plus

Tufesa operates Tufesa Plus, a company that runs services in the southwestern states of the United States and northwest Mexico, connecting 15 cities with an average of 323 trips per day.

When it was founded in 1994, Tufesa's fleet consisted of a single bus used to transport local workers to and from work in the Mexican state of Sonora. Today the company continues to operate in Sonora, as well as the states of Sinaloa, Jalisco, and Nayarit. Destinations include Mexicali, Baja California, Guadalajara, Tecuala, and Nogales.

Although Tufesa Plus is the company's economy service, passengers still enjoy amenities including a climate-controlled interior, power outlets, reclining chairs, and WiFi (Mexico only). Buses are also fitted with individual male and female restrooms.

Tufesa Plus is a safe, reliable, and comfortable way of traveling through northwest Mexico for vacation and work. For the company's latest scheduling information, head to Wanderu! Tufesa Plus has been an official partner of Wanderu since 2015, meaning Wanderu has access to all the best deals and lowest prices available to make it easy to find cheap bus tickets.

What travelers are saying about Tufesa Plus

Here’s what Wanderu users who have booked trips with Tufesa Plus had to say about their travel experience.

Tufesa Plus reviews from Wanderu customers

Overall review score for Tufesa Plus

Pros: Bus was late for more than 3 hours I have missed my schedule meetings. Cons: Time. Tips: Plan the trip accordingly as I got late by 3 hours.

Pros: Bus was late for more than 3 hours I have missed my schedule meetings. Cons: Time. Tips: Plan the trip accordingly as I got late by 3 hours.

Tufesa Plus’s bus network features 211 bus routes that connect 15 cities serving 19 stations. On average, Tufesa Plus performs about 323 bus trips every day. The top cities to which Tufesa Plus offers the highest number of daily bus service include San Jose and Los Angeles.

Top Cities Served by Tufesa Plus

Most popular Tufesa Plus routes

The bus from San Jose to Los Angeles is Tufesa Plus’s most popular route. Trips from Las Vegas to Phoenix and Phoenix to Tucson are also highly popular.

Do Tufesa Plus buses have WiFi?

Yes, Tufesa Plus offers WiFi on their buses. Although most trips with Tufesa Plus will have WiFi as advertised, some buses might not come equipped with WiFi and onboard WiFi can lose its connection in rural areas. We recommend you bring a book or download a movie just to play it safe. Tufesa Plus WiFi is generally best used for surfing the web, checking emails and chatting with friends; you shouldn’t count on the WiFi to binge watch your favorite show.

Yes, there are power outlets onboard Tufesa Plus buses. You can generally find one or two sockets per row of seats, so be a good traveller and check if your seat neighbor might want to charge up their devices as well. With the onboard power outlets, you can charge both a computer and USB devices with a USB power adapter that typically comes with most phones and tablets.

Since Tufesa Plus might sometimes use replacement bus vehicles, not all trips are guaranteed to have power points. We recommend to bring a power bank to charge your phone for all trips over 2 hours, just in case.

What is Tufesa Plus's schedule?

On a typical day, Tufesa Plus has 323 scheduled bus trips in total. However, the exact departure and arrival times vary depending on the day and route. The best way to find the exact schedule for your trip is to use the search tool on this page.

No, Tufesa Plus does not offer will call tickets. You should purchase your tickets online and make sure you have everything you need to board before you arrive at the station.

Yes, Tufesa Plus requires you to present an ID to an agent to be allowed to board the bus. Make sure you have identification issued by a government agency that meets the carrier’s requirements. Alternative IDs, such as a college ID, won’t work.

What are Tufesa Plus’s COVID-19 policies?

Visit our COVID-19 Travel Guide to view the most up-to-date information about Tufesa Plus’s cleaning protocols and adjusted ticket change policies during the COVID-19 pandemic.

Are there bathrooms on Tufesa Plus buses?

Yes, there are bathrooms on Tufesa Plus buses. The bathrooms are pretty basic and include a toilet, toilet paper and hand sanitizer. Most bathrooms don’t have running water. As you will be using a bathroom on a moving vehicle, please use caution and hold on to a rail at all times.

Tufesa Plus does not offer meals or beverages onboard. We recommend you bring a drink and some snacks for your trip. We also suggest packing a reusable water bottle with you to reduce your impact on the environment. However, note that most buses do not allow you to bring your own alcoholic drinks.

Do you have to print your Tufesa Plus ticket?

Tufesa Plus does not require a printed ticket to board the bus. Instead, an eTicket is sent to you by email when you make your reservation. You can use your smartphone to show this eTicket to the ticketing agent as you board.

Does Tufesa Plus offer any premium features like extra legroom or movies?

Tufesa Plus goes the extra distance to deliver premium features to its customers.

With 323 Tufesa Plus trips per day, there are a lot of great deals to uncover for the bargain hunter and Tufesa Plus tickets start at just $18.00. Check out some of the latest and greatest deals snatched up by Wanderu users.

How do I get the best deal on Tufesa Plus tickets?

Wanderu is the best place to score cheap Tufesa Plus tickets with the lowest available fares every day. Plus, you can compare Tufesa Plus prices with trips offered by other bus companies to be sure you’re getting the best deal on your tickets! 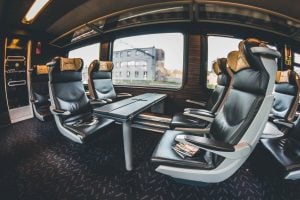 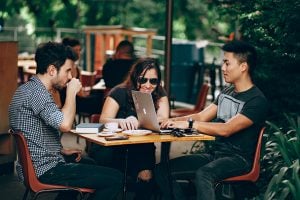